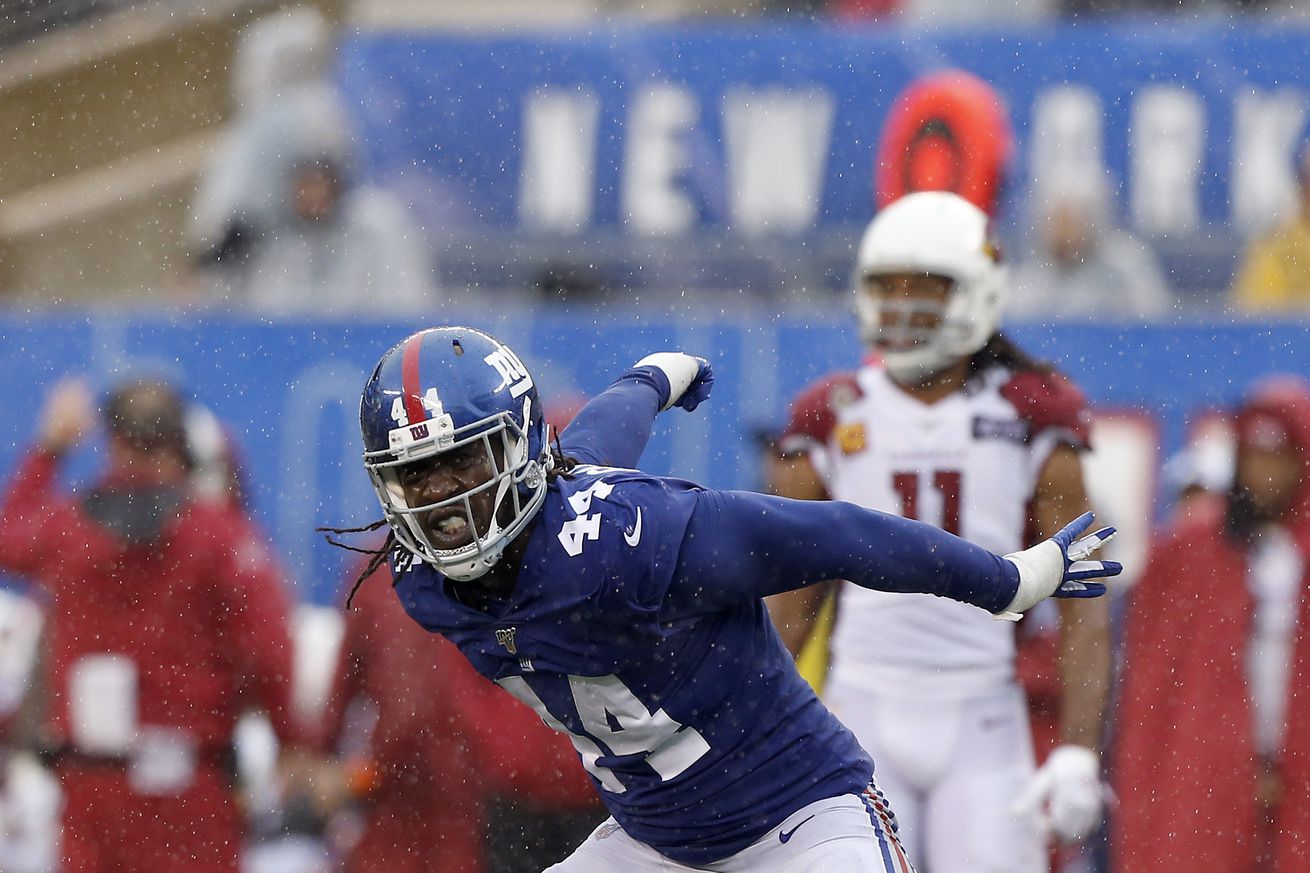 It seems odd that a player with two seasons with ten or more sacks can be sitting at home waiting for an offer, yet that was Markus Golden.

The former Arizona Cardinals and current New York Giants pass rusher look to parlay a bounce-back 2019 season, where he registered 10 sacks for an abysmal Giants team into a lucrative contract.

Instead, he received the May 5th tender from the New York Giants and no one saw fit to pay him more than that and so his rights revert back to the Giants, where he will play on a one-year $4.125 million contract.

With the deadline passing for OLB Markus Golden to sign with another team, the player does not plan to sign his unrestricted ‘May 5’ tender with the Giants today, per source. The tender works like a franchise tag and he can wait to sign. He’s set to make $4.125 million with NYG.

I’ve never heard of the May 5 tender before, but this is what the Pro Football Writers of America explain it as:

Deadline for prior club to send “May 5 Tender” to its unsigned Unrestricted Free Agents. If the player has not signed a player contract with a club by July 22 or the first scheduled day of the first NFL training camp, whichever is later, he may negotiate or sign a player contract from that date until the Tuesday following the 10th weekend of the regular season, at 4:00 p.m., New York time, only with his prior club.

So, Golden is a Giant once more, as the Chiefs and Texans have rookies reporting for testing for camp, and he can sign that tender when he feels fit. Maybe he’ll get a long-term deal with the Giants, or maybe even a short-term deal with a little more juice on it, but it is curious to see a player with production in his history continue to struggle to find work.

Hoping Golden has another good season and can set himself up for life with one big contract. Good luck, Markus.