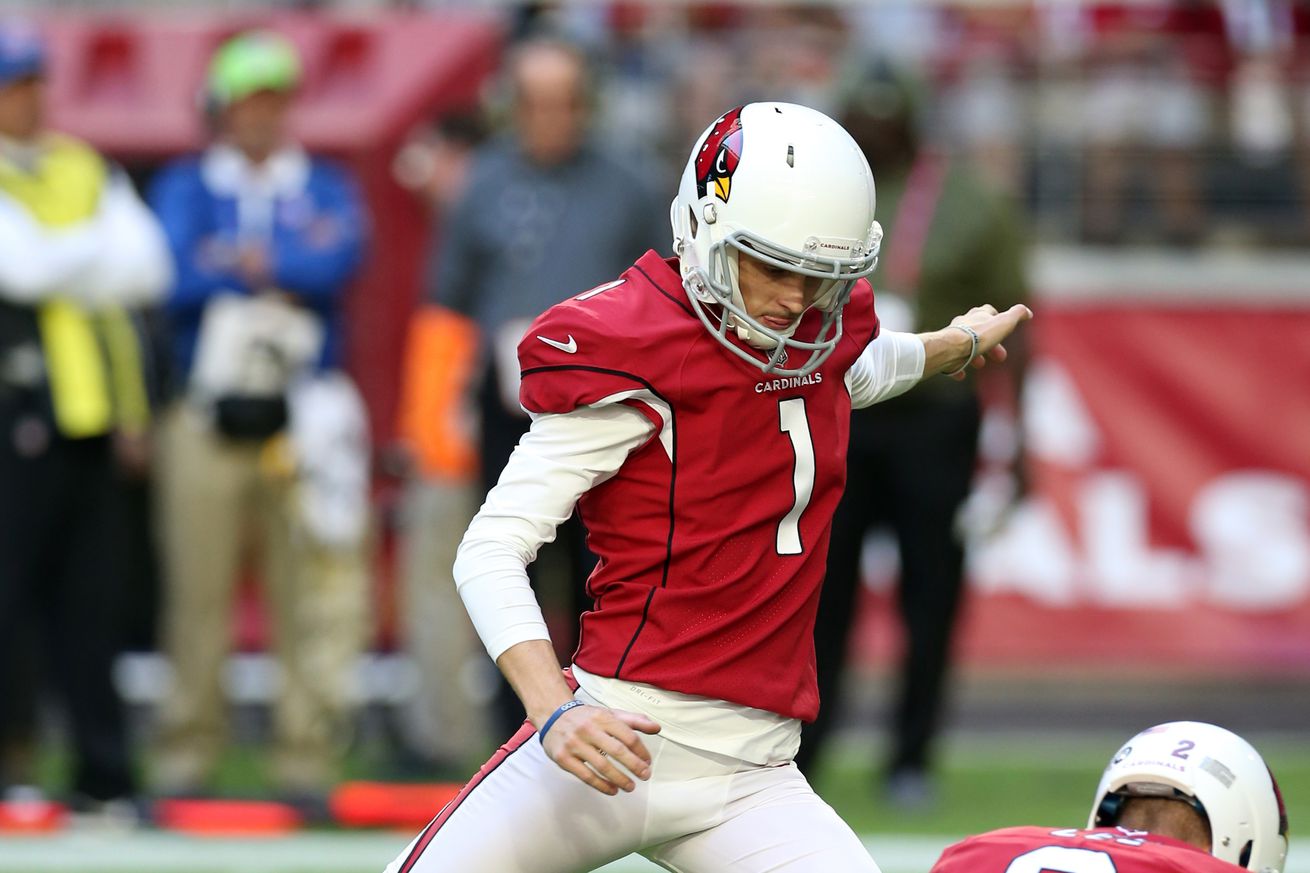 It’s no secret that I am a long-time fan of K Matt McCrane.

As a big fan of perfection, that is what McCrane gave the Cardinals during his brief stints with the team. He never missed a kick, nailing two pre-season field goals from 52 and 54 yards and all of his extra points.

In Matt McCrane’s case, over the past two years, he has kicked for the Arizona Cardinals, Oakland Raiders, Pittsburgh Steelers and New York Guardians (XFL).

While he has only played in a little more than a handful of NFL games and 8 games in the XFL, back home on the McCrane ranch in Texas, there are three recent game balls in his trophy room: (1) for kicking the game winner in his first regular season game for the Raiders; (2) for making all three field goals and the game winner in his one game for the Steelers; (3) for going 8/8 in FG attempts. a pair of which were from over 50 yards in the freezing winds of Met Life Stadium (Meadowlands) for the Guardians.

In fact, if one goes back and takes a look, Matt McCrane his hit his last 12 FGs in a row as a pro.

His artfulness and skill of being able to directionally boot his kickoffs in the XFL (per the league’s KO rules) was also a significant plus, as McCrane was the only XFL kicker to go without incurring a penalty for kicking the ball out of bounds or into the end zone.

Moreover, if there is any kicker I would want for an on-side kick attempt, McCrane takes the cake.

As most of you know, when the Cardinals placed Phil Dawson on the IR in 2018, they brought Matt McCrane back for a week—-and while McCrane kept his 100% kicking performance intact that week, the Cardinals had another kicker waiting in the wings: former Arizona St. Sun Devil Zane Gonzalez, coming off the groin injury that had caused him to get released by the Browns.

The decision to sign Zane Gonzalez was an outstanding move by the Cardinals. In Gonzalez, the Cardinals have one of the best young kickers in the NFL.

The Cleveland Browns got one step ahead of the wave by bringing in 4 kickers this past week. Matt McCrane was one of them.

What I love about Matt McCrane is his textbook technique, which he duplicates as well as any young kicker I have studied in years. It’s no wonder why he set kicking records at Kansas St., despite having to kick in all kinds of inclement weather.

McCrane would appear to be a slam-dunk choice for the Cardinals because of how well he performed during his stints with the Cardinals and because of the fact that Kliff Kingsbury and Jeff Rodgers know Matt McCrane very well. Kingsbury watched the 1st team All Big 12 McCrane help K-State beat the Red Raiders 42-35 in Lubbock in 2017 while hitting 2/2 on his FGs (45 and 30 yds.), plus 4/4 on his extra points.

Jeff Rodgers has strong ties to K-State, having coached there (ST coordinator in 2008) and having a strong rapport with McCrane’s kicking coach at KSU, Sean Snyder (former All-American punter and son of legendary coach Bill Snyder—-Sean is now the ST coordinator at USC). In fact, it was Rodgers who reached out to Matt McCrane to sign him after McCrane went undrafted in 2018.

Do yourself a favor and watch these two short videos. Take a close look at Matt McCrane’s technique and his poise under pressure. In particular, watch his follow-through.

Matt McCrane’s career FG % of 86.4 at Kansas St. is 7th best in the history of NCAA football.

For the golfers and former kickers out there—-you know how difficult swing replications are.

I would love to see the Cardinals sign Matt McCrane as insurance—-after all, “like a good neightbor” we do insurance well in Arizona while playing in State Farm Stadium—-

I believe that with Zane Gonzalez and Matt McCrane the Cardinals would have two of the most talented young kickers in the NFL.

The only thing is—-this time around Matt will have to to change his number.