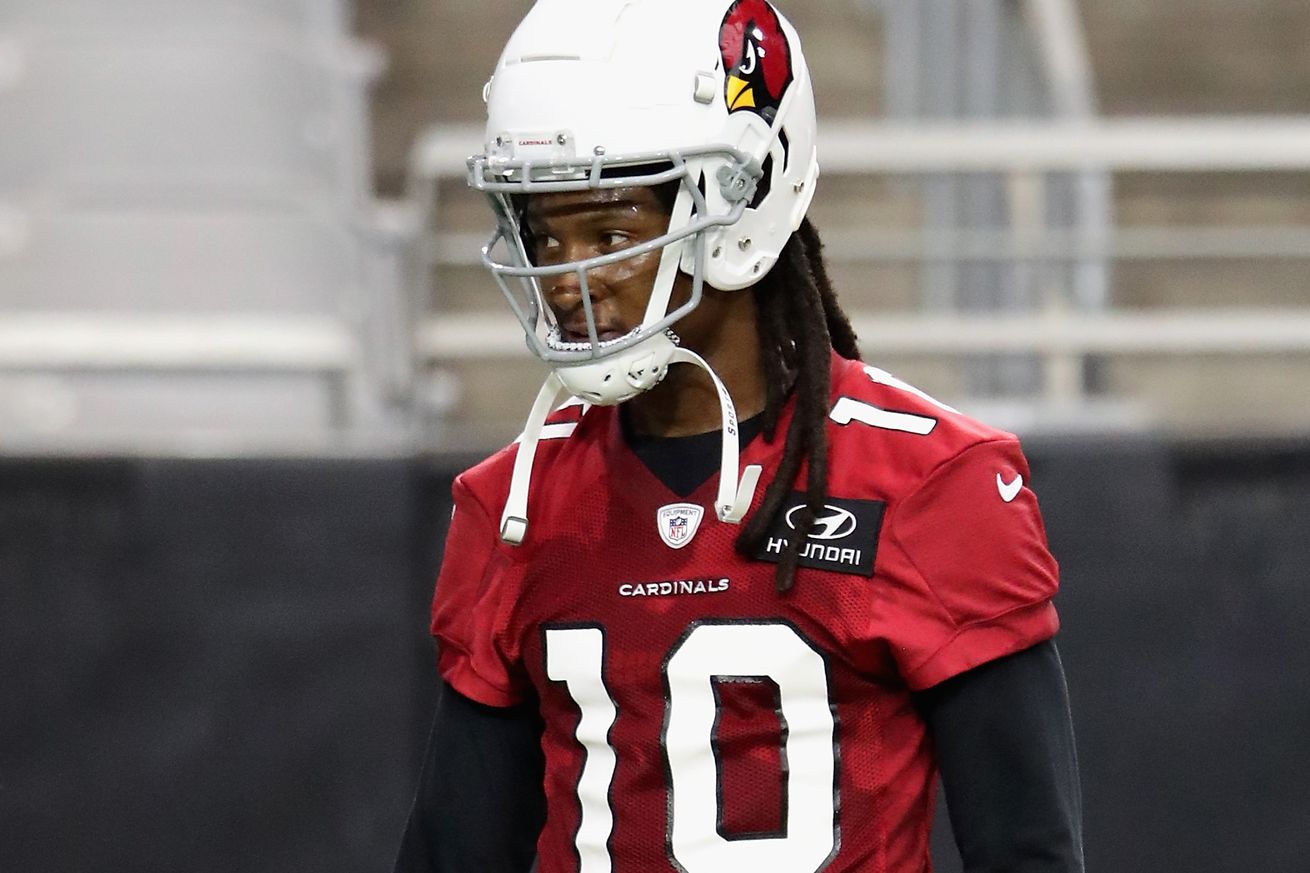 The way Kliff Kingsbury was talking about DeAndre Hopkins today, I got the sense that Hopkins’ main issue isn’t a hamstring—-it’s that he hasn’t inked his new “top paid WR in the history of the NFL” contract yet.

And…perhaps a contract of that magnitude could take some time to materialize.

Especially for a player who hasn’t taken one snap in a game for the team yet.

When asked if Hopkins’ absence from the first practice in full pads (coincidental?) was a step backwards, Kingsbury said, “It’s not. He’s been so productive in this league. He’s a pro’s pro when it comes to knowing what it takes to have his body ready and his mind ready to perform at a high level Week 1. You’d obviously like Kyler to get a few more reps with him, but they got some great work in this summer and he’s a guy who is going to present himself well on the field for a young quarterback. We don’t worry too much about it, knowing what he’s done in this league and what he’s about.”

Curious that Kingsbury is already talking about Hopkins being ready for week 1 and it’s still nearly a month away.

Missing practices on a weekly basis during the season and then asking the Texans to rip up the last three years of his 5 year $81M contract because his G-money had already run out after the first two years were two of the main reasons why the Texans felt like he had forced their hand to trade him.

And now—-doesn’t it look like more of the same with the Cardinals?

For Kingsbury to make the statement that Hopkins knows how to get ready on his own would also appear to open the door for him missing practices during the season.

I have an “(un)peaceful,(un)easy feeling” about this. I hope I am wrong.

Please tell me why I am wrong.

But please explain, why is it different this time around with the Cardinals?

What if this is Nuk’s modus operandi?

Would you be cool with the Cardinals lavishing him with a 5 year $120M contract ($24M a year) with $70M guaranteed and give him the freedom to miss as many practices as he wants? Just as long as he shows up on game day?

Would you be cool if three years from now Nuk would ask for another contract and threaten to hold out?

Larry Fitzgerald doesn’t ask for double standards—-neither does Chandler Jones. They are two of our most passionate leaders in practice and are two of our all-in ballers on game days.

Fitz gets a veteran’s day off once a week—-but that’s it, once a week, and at his age it’s a smart thing.

Is DeAndre Hopkins holding out?

If this is true, the last Cardinal to hold out was RB David Johnson.