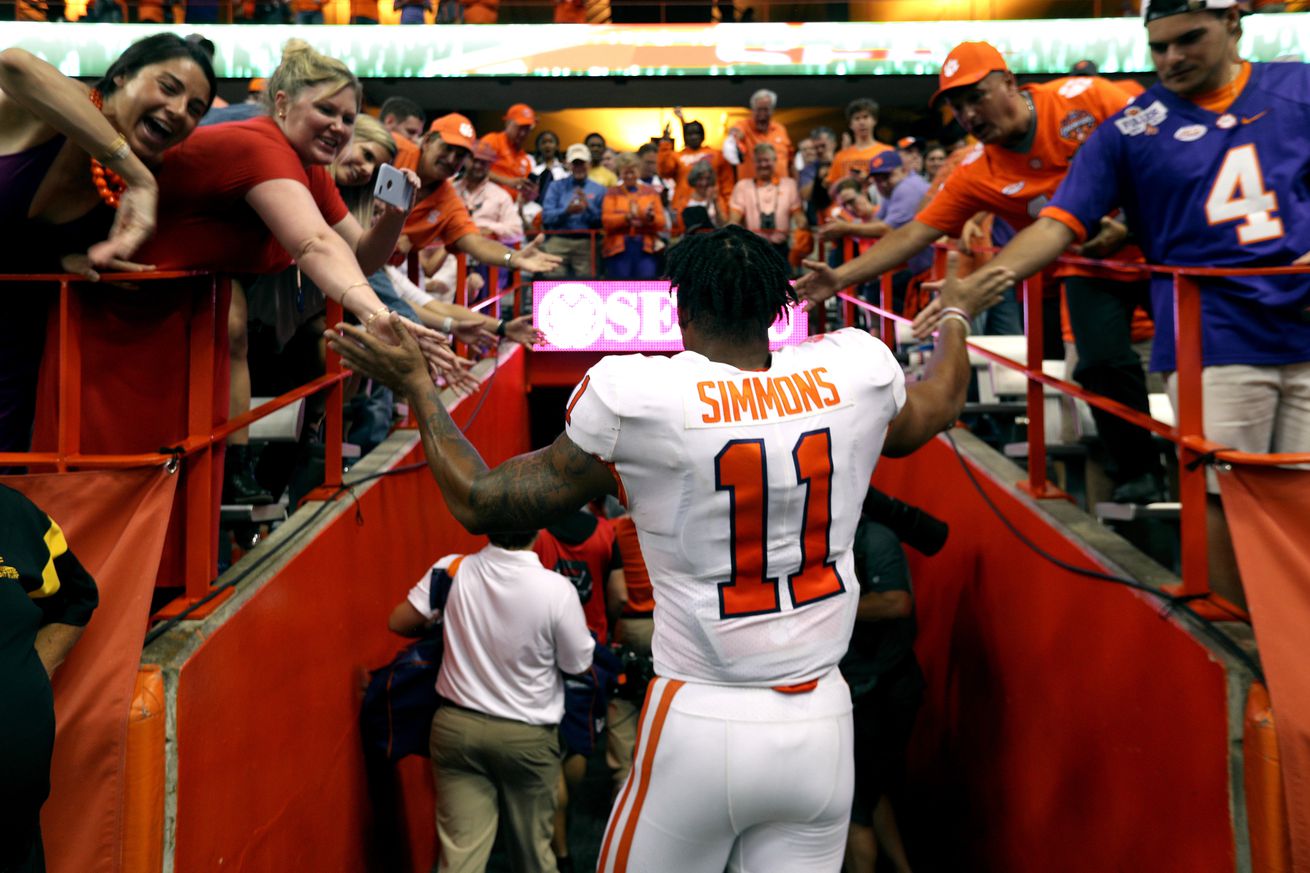 The easy part for the Arizona Cardinals is over.

According to Ian Rapoport, the Cardinals have signed first round pick Isaiah Simmons to a fully guaranteed four-year contract for $20.66 million and a $12.58 signing bonus.

The #AZCardinals agreed to terms with first-round freaky defender from #Clemson Isaiah Simmons to a 4-year fully guaranteed deal worth $20.66M, source said. He gets a signing bonus of $12.58M.

No, the hard part comes in how the Arizona Cardinals and Vance Joseph utilize the talented Isaiah Simmons.

Simmons of course played safety, linebacker and some slot corner as well as edge rusher while at Clemson.

He took three years to groom before he had his breakout year and became one of the best defensive players in all of college football.

Yet Simmons, like all rookies, is dealing with no on field work with the team heading into his first training camp. Meaning he has learned the playbook mentally, but has yet to actually get on the field and work in the defense.

How the Cardinals utilize him would be a question in any season, but now that question will be even more important in a lost offseason for a player who doesn’t have a defined role at this time.

That will be another conversation for another day, for now the Cardinals have their first round pick in the fold and ready to roll as rookies and young players report to camp.