Watching the career of new Arizona Cardinals defensive lineman J.J Watt, one thing stands out from his play on the field — his effort. The three-time Defensive Player of the Year works hard on the field.

He promises more of the same with the Cardinals and used the word “championship” in his first address to Cardinals fans as he came off the team’s private jet, coming to Arizona.

“The one thing I can promise you is I’m gonna work my ass off every single day to make you proud.”@JJWatt has arrived in Arizona. pic.twitter.com/Kyy28GZDhM

The move to sign Watt to a reported two-year, $31 million deal shows they believe they can compete for a title in the next couple of seasons.

Watt won’t guarantee a championship but promises his effort won’t be the issue.

“The one thing that I can promise you is I’m gonna work my ass off every single day to make you proud. I’m very proud to be a part of the Birdgang and the Red Sea. Let’s get started.”

If that doesn’t fire you up as a Cardinals fan with the potential of him busting his tail as a part rusher opposite of Chander Jones in 2021, I don’t know what will.

LOOK: The top RBs who will be free agents next month 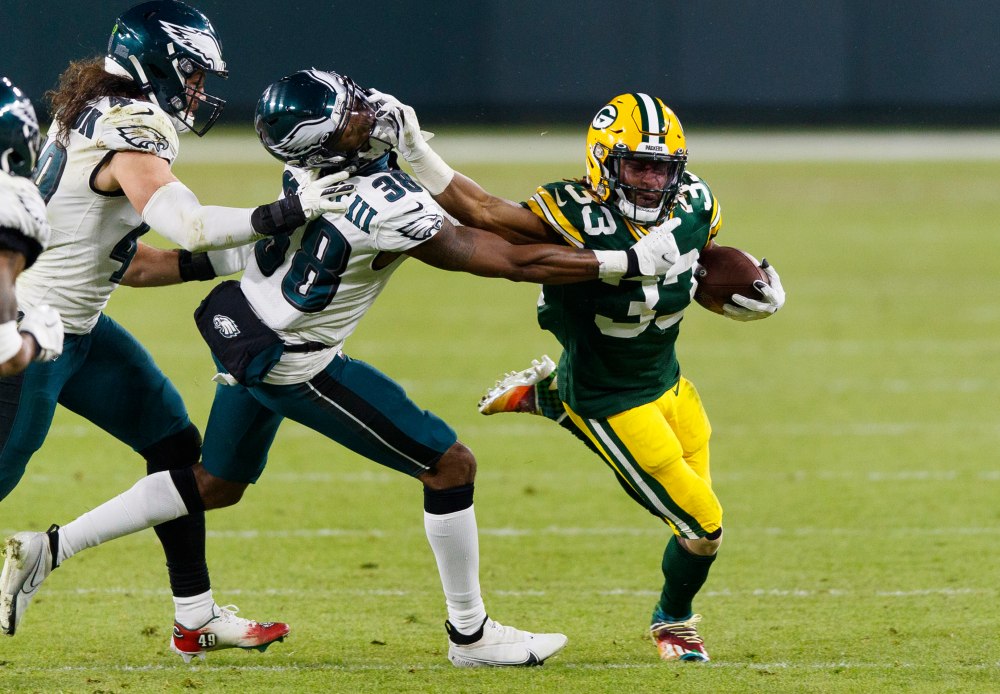