The Arizona Cardinals selected two defensive linemen in the fourth round of the 2020 draft in addition to signing veteran Jordan Phillips to a three-year deal in free agency. They hoped to upgrade their defensive front seven.

Phillips believes the Cardinals might have found an impact player in Rashard Lawrence, the second of their two fourth-round picks.

Phillips has been extremely impressed by Lawrence.

“He already seems like he’s a vet,” Phillips told reporters this week. “He comes off the ball so hard. He uses his hands so well. He’s already making a lot of plays. He just does things you would expect a rookie to do,”

He even had a conversation with defensive line coach Brentson Buckner about Lawrence. He couldn’t believe that Lawrence was available in the fourth round of the draft.

“He’s the best D-lineman I’ve seen in a while,” he recalls telling Buckner. “I know that’s high praise for a rookie, but just his mechanics, his technique, it’s already out of the roof.

“The sky’s the limit for him.”

The Cardinals loved his mentality and his leadership coming out of LSU, where he was a three-year captain. If Phillips’ praise isn’t just training camp hyperbole, the Cardinals might have landed themselves a gem of a player on Day 3 and a player who can help turn around a defense that was one of the worst in the league in 2019. 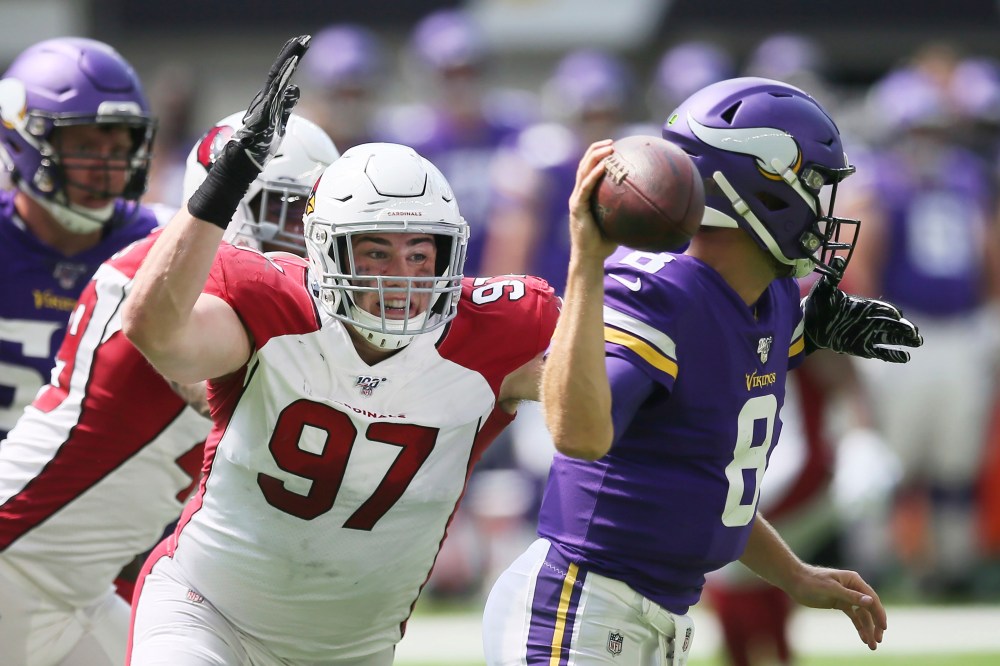