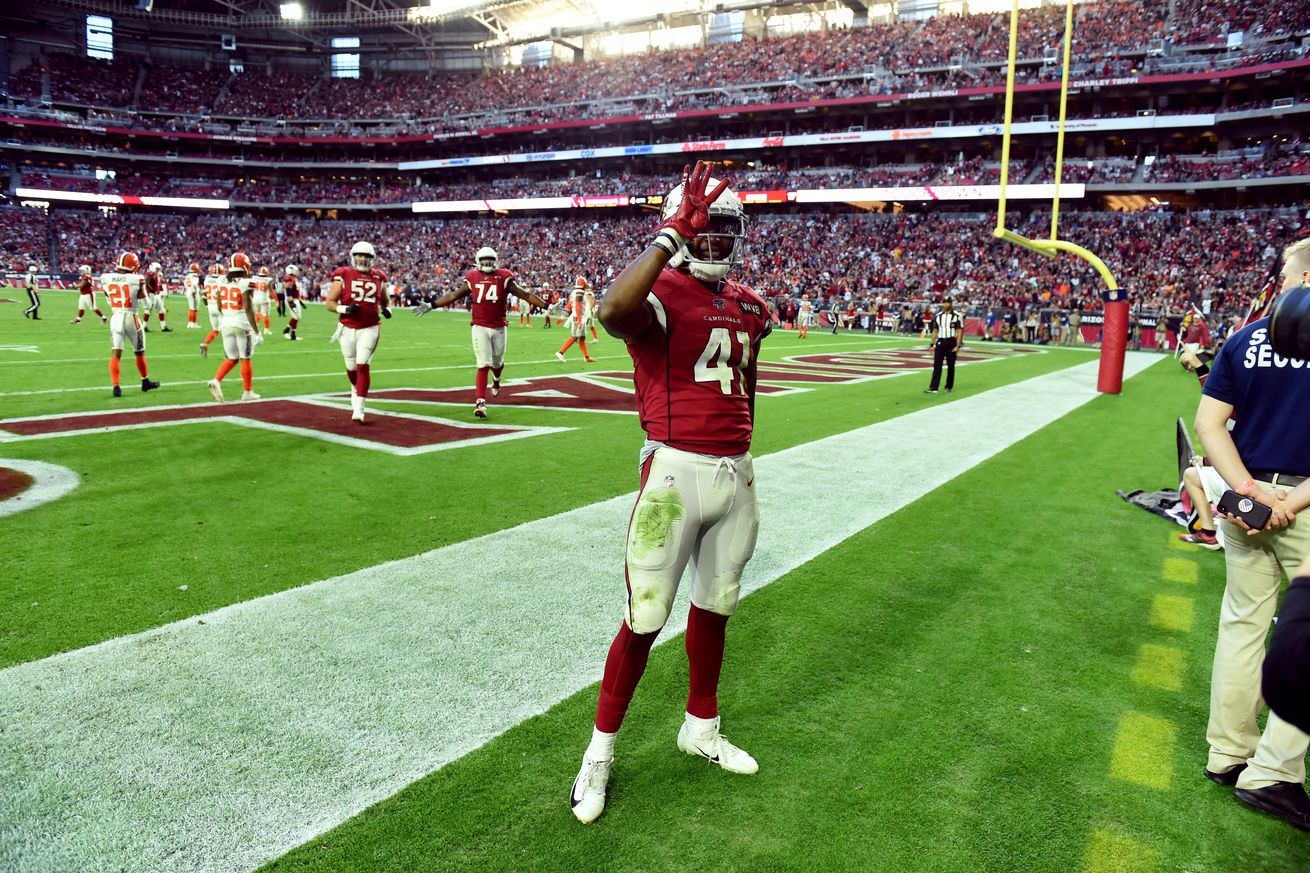 With the addition of Kenyan Drake for a fifth round pick, it made sense.

The Cardinals were having injuries pile up at the running back position and David Johnson was dealing with his own issues of injuries and ineffectiveness.

So, tossing a fifth for a running back to put up 643 yards and eight touchdowns in eight games was worth it.

However, one thing that has been consistently overlooked by fans and pundits is how elusive Drake is with the ball in his hands.

According to Pro Football Focus, Drake was one of the more elusive running backs in the NFL:

Drake was finally freed last season following his trade to the Cardinals, and the result was the most productive stretch of his career. From Week 9 through the end of the regular season, Drake’s 76.8 overall grade ranked fourth among 54 running backs with 150 or more offensive snaps. That shouldn’t come as much of a surprise to those who have followed his career. Even in Miami, Drake put up solid efficiency numbers, averaging 3.5 yards after contact per carry and forcing 58 missed tackles on just 253 rushes. It was a lack of volume holding him back, and Drake should get those touches in 2020.

It will be interesting to see if Drake, for the first time in his career, can carry the load for a team and maintain that elusive and physical style of running.

If he does, he’ll likely be able to parlay that into a nice contract in 2021.

Maybe all he needed was a chance.