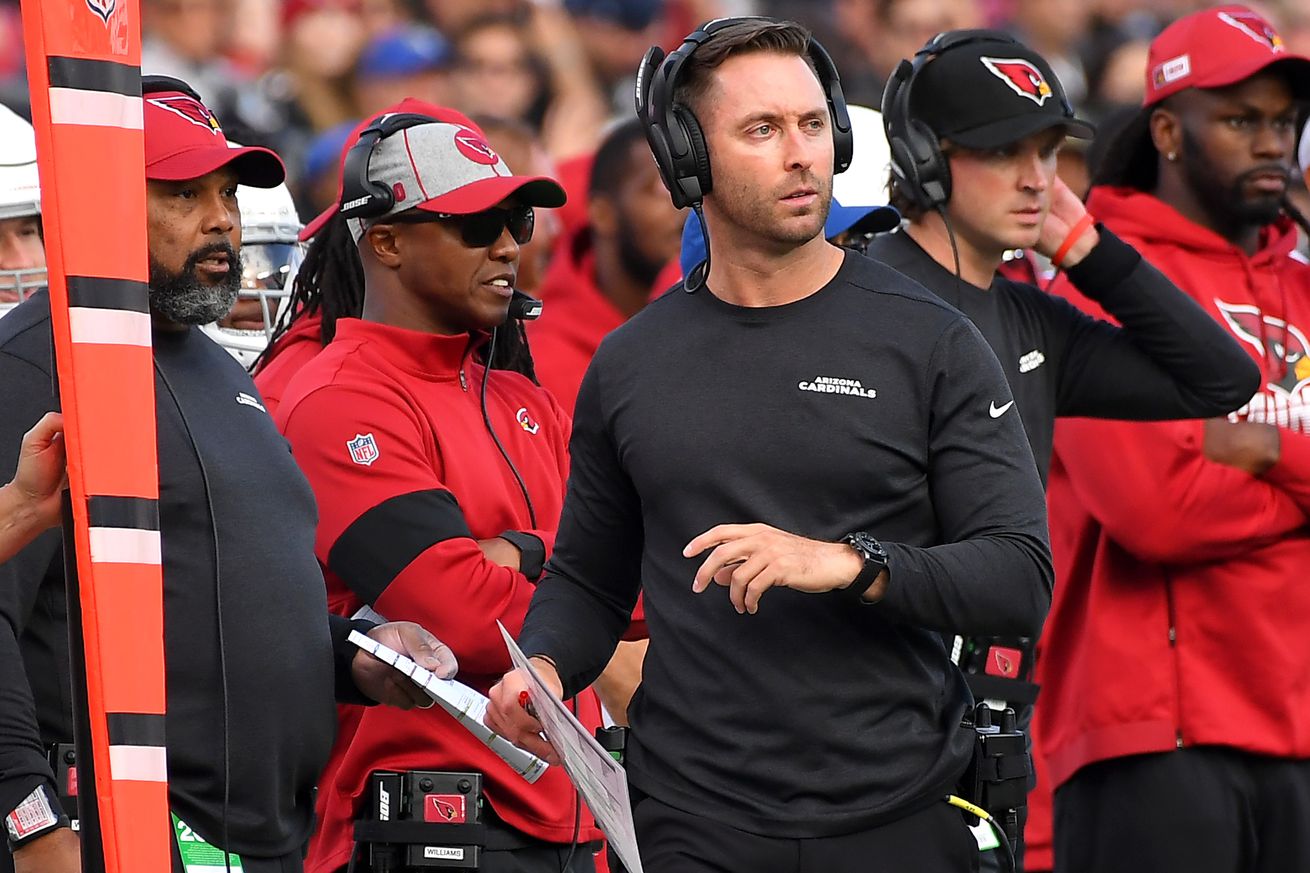 But, in Kliff Kingsbury’s case, he learned some of his most valuable coaching lessons—-particularly in terms of how to treat the players—-from his father, Tim and another McVay, his director of football operations at Texas Tech, Tommy McVay.

Over the past 23 years, Tommy McVay, a legendary high school coach from Kansas, started as an administrative assistant coach under Spike Dykes and soon became the director of football operations and the school’s liaison to the NFL. During his tenure, he worked with five head coaches; Spike Dykes, Mike Leach, Tommy Tuberville, Kliff Kingsbury and Matt Wells, all of whom helped develop the Red Raiders’ innovative and wide-open style of offense.

If you look at McVay’s five coaches, you may be hard pressed to find a more eclectic group of personalities. Yet, Tommy McVay embraced them all, as they in return embraced him.

Here is a wonderful short video about the positivity of Tommy McVay—-and it includes Kliff Kingsbury giving McVay a game ball:

He cared for our players. He encouraged and always supported our coaches. Most of all, he loved being a Texas Tech Red Raider.

We love you and we will miss you, Coach McVay. pic.twitter.com/mrDzlz06eu

Kliff Kingsbury said about McVay that he sought to make everyone in the program happy and stronger in body and spirit—-and that McVay would do whatever it took to make that happen.

As football historians look back at the great innovators of the game, they can point to Tommy McVay as being the recruiter who helped to bring, quick, shifty, slot WRs into prominence in the NCAA and NFL. For it was Tommy McVay in Mike Leach’s first year as head coach, who lobbied hard to make Wes Welker one of their final recruits.

Without question, Wes Welker’s impact as a highly productive 100+ catch a season slot WR in the NFL was significant and the start of an NFL trend.

Welker, now the WR coach on the 49ers, said: “My heart is broken today with the passing of Tommy McVay. Throughout my life, there have been few people who took a chance on me, and Tommy was the first. As an 18-year old kid that nobody wanted, he believed in me. His contagious positive attitude and love he showed for all his players resonated throughout the building. I am forever grateful and lucky to have had Tommy come into my life. He will be missed but never forgotten!”

McVay had the privilege of working with a number of talented, highly productive spread offense QBs at Texas Tech.

Imagine having a ringside seat to watch the Red Raiders’ prolific QBs over the years, as Tommy McVay did.

Tommy McVay was a tone setter extraordinaire. He was one of the rare type of coaches and administrators who could see and help bring out the best in everyone around him.

One can just imagine how sad a day it was for Tommy McVay when Texas Tech made the difficult decision to let Kliff Kingsbury go as head coach. However, one can also imagine that when the Cardinals were doing their background checks on Kliff Kingsbury, Tommy McVay’s recommendation was a tour de force.

But, most of all, it will be Tommy McVay’s spirit as an irrepressible force for the good that will live on the hearts of all who knew him. As the Beatles once wrote, “And in the end, the love you take is equal to the love you make.”

Applied to the life of Tommy McVay, his was a life of reciprocal love.

BTW—-just thought I would throw in a couple of fascinating synchronicities.

Did you know that the vacated USC OC job when Kliff Kingsbury signed with the Cardinals was filled by Graham Harrell?

Did you know that Kliff Kingsbury’s first game at Texas Tech (as then a young, backup QB coming into the game for the injured starter) was in a big, late season win over Oklahoma? Check out this short interview highlight video!

Fascinating that Kliff Kingsbury’s first game and win at Texas Tech was versus Oklahoma and that his first pick as an NFL head coach was 2018 Heisman Trophy winner Kyler Murray of Oklahoma (a player he said he would take #1 in the draft if he had the pick—-while he was the head coach at Texas Tech).

Speaking of the Heisman Trophy in 2002—-did you know that Kliff Kingsbury was in the top 10 of vote getters (#9) with 33 points his record setting senior year at Texas Tech?

Do you know who the 2002 Heisman Trophy winner was?