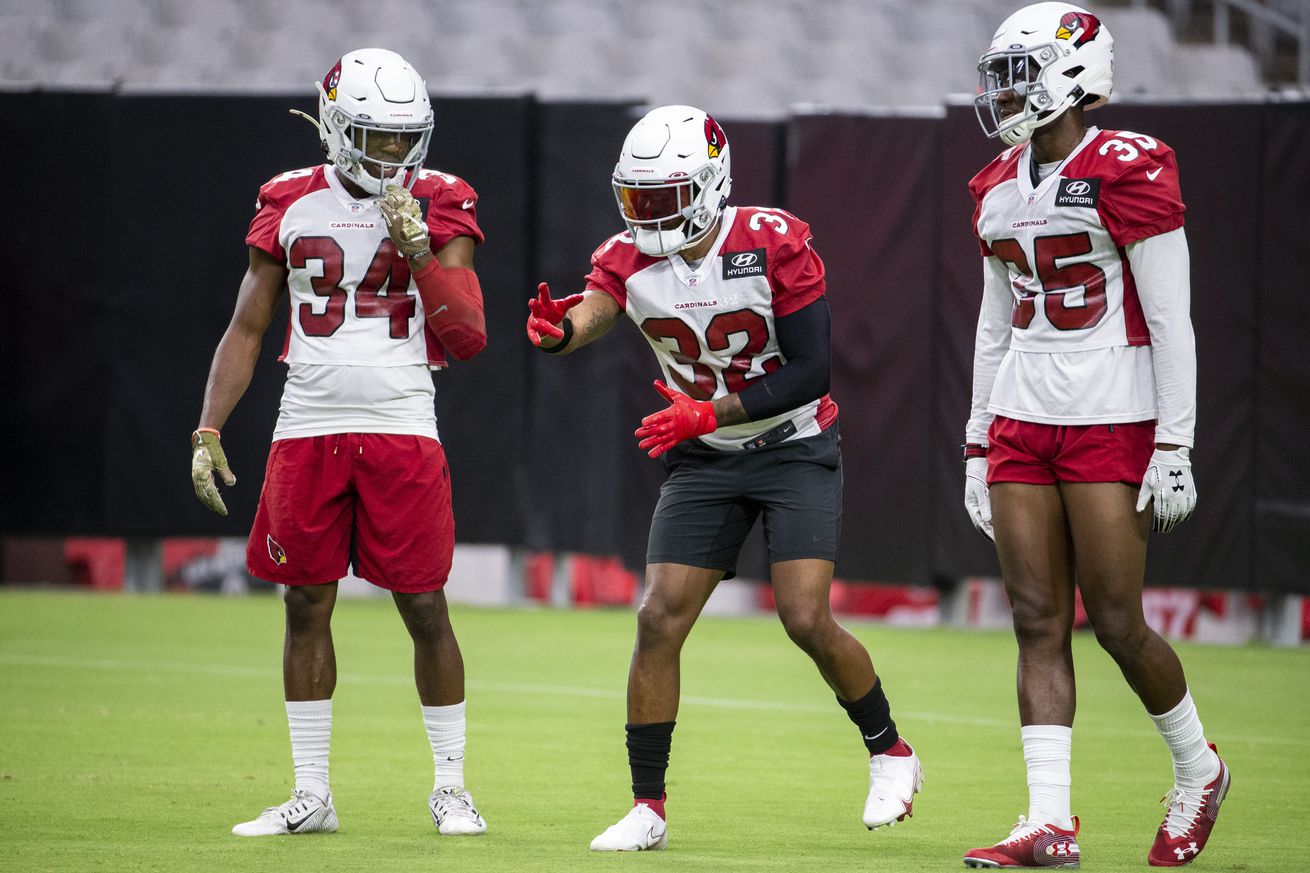 The Arizona Cardinals invested a lot at the wide receiver position and at the safety position in the 2019 NFL and Supplemental Draft.

So, for Kliff Kingsbury to highlight four players taken in those drafts as four of the players standing out at camp thus far is important.

Andy Isabella is a favorite whipping boy of the fans because he was part of a trade that involved Josh Rosen, so he will always have an uphill battle.

However, Deionte Thompson and KeeSean Johnson were both day three picks that had flashed at times in training camp and the preseason in 2019 and Jalen Thompson ended the season as the Arizona Cardinals starting safety.

It’s still good to see all four second year pros taking a step, at least in camp, but Isabella’s growth will be one of the more important storylines to watch this season, while the Thompson’s need to show that they can be every down players consistently for 16 games.

Johnson feels like the one with the biggest question mark, but if he’s having a good start to camp, that’s a positive.