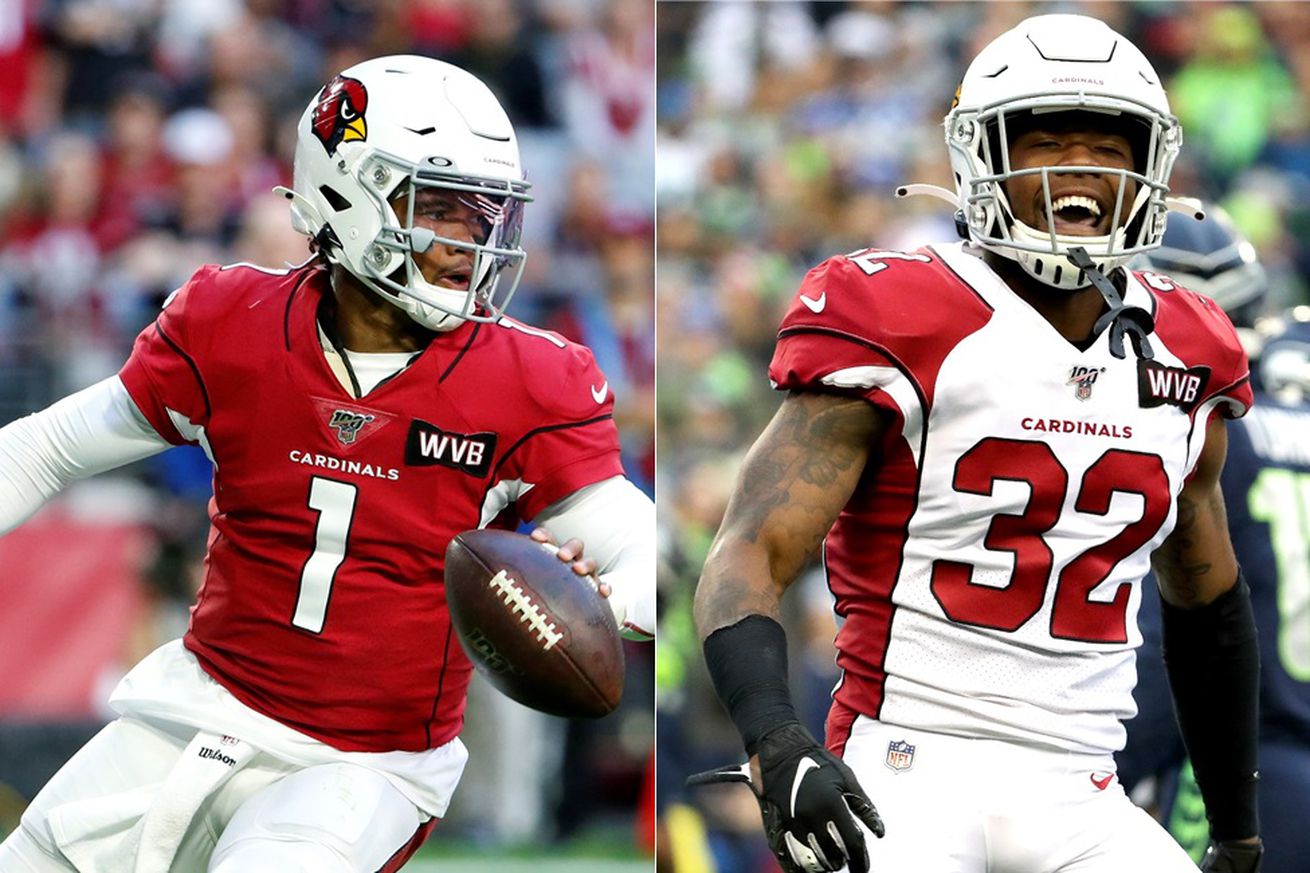 Budda Baker was listed as the No. 97 player in the NFL after a season where he was named to the Pro Bowl as a safety while Kyler Murray was 90th after a memorable rookie season.

Baker is the NFL’s leader in solo tackles (104) in 2019 and was arguably the best tackler in the league.

Since being a second-round selection by the Cardinals in 2018 and entering his fourth season in the NFL, he has compiled 304 career tackles, 3.5 sacks, and 14 passes defensed. Baker has already made two Pro Bowls in his young career.

He has played in multiple positions in his career as a free safety, strong safety, and nickel cornerback. The tenacious ball-hawking hybrid player has proven to be force not only in tackling but also in blitz packages and against the run.

Although he made the NFL’s Top 100 list, one can argue that Baker deserves to be higher on this list.

In 2019, Kyler Murray became the second rookie quarterback in NFL history with at least 3,500 passing yards and 500 rushing yards in a season. He transformed an offense that ranked last in all major categories in 2018 into one of the most innovative units last season, earning the Offensive Rookie of the Year award.

Murray finished the season 3,722 passing yards, 544 rushing yards, and 24 total touchdowns while starting all 16 regular season games for the Cardinals.

Without a doubt, this will not be the last time these two young stars will be featured on this list.

Next up, the two other Cardinals that are expected to land very high on the list are Chandler Jones and DeAndre Hopkins.

In 2018, Chandler Jones was left off the list, shocking Cardinals fans and the NFL world.

After a season when he was second in the NFL in sacks (19), league leader in forced fumbles (8) and was a candidate to be the 2019 Defensive Player of the Year, Jones should make it in the top 20.

Last year I wasn’t ranked, this should be interesting!

DeAndre Hopkins should land very high on this list after being No. 11 last year. Anything short of top 20 would be disappointing.