Arizona Cardinals quarterback is having a successful season on the field. He is seeking to benefit off the field for what is becoming a historic play.

With the Hail Mary throw he had last Sunday to beat the Buffalo Bills, many have called it a “Hail Murray.”

Murray is seeking to cash in on that saying.

According to AZCentral Sports’ Bob McManaman and ESPN’s Josh Weinfuss, Murray has applied to trademark both the phrases “Hail Murray” and “Murray Magic.”

Not only did Cardinals QB Kyler Murray file a trademark for “Hail Murray” on Nov. 16, a day after his Hail Mary pass to DeAndre Hopkins beat the Bills, he also filed one for “Murray Magic” on the same day, per a source.

According to McManaman’s report, the trademark request is for future apparel and for a website.

He applied for the trademark Monday, the day after his throw.

According to Weinfuss, both applications are “awaiting review.” 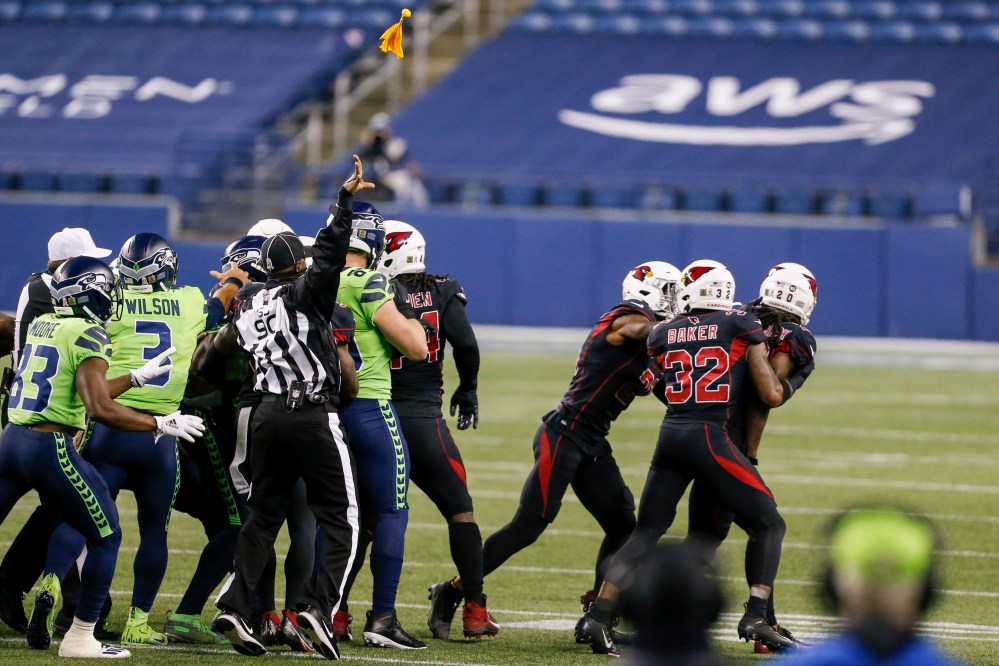