The Arizona Cardinals just made quarterback Kyler Murray one of the highest-paid players in the NFL with a five-year extension with $230.5 million in new money. Through three seasons in the NFL, he has proven to be one of the most exciting quarterbacks in the league.

He is one of the best at his position.

But according to Touchdown Wire’s Mark Schofield, he doesn’t quite make the top 10. In his rankings of the top 12 quarterbacks in the NFL entering the 2022 season, he comes in at No. 11, ahead of the Raiders’ Derek Carr and just behind the Cowboys’ Dak Prescott.

Kyler Murray and the Arizona Cardinals took a step forward last season. As a team, the Cardinals reached the postseason for the first time under Kliff Kingsbury, losing in the wild card round to the Los Angeles Rams.

As for Murray, his third season saw him complete 69.2% of his passes (a career-high) for 3,787 yards and 24 touchdowns, along with ten interceptions. He also posted an Adjusted Net Yards per Attempt of 6.90, ranking him 11th in the NFL and also setting a new career-high mark for him.

When one thinks of Murray, his ability to create outside the pocket and off-structure certainly comes to mind, and 2021 was filled with moments like this one against the Detroit Lions:

But where he showed growth last season was from the pocket. For athletic quarterbacks like Murray, their athleticism can be a double-edged sword, becoming at times a crutch for the QB. Last season, plays like this show Murray fighting the urge to bail from the pocket, and instead using his feet to evade points of pressure before striking downfield:

On this play from Week 14, you can see Murray start to slide to the right, but instead he resets his feet in the pocket and targets Christian Kirk on a deep crossing route, dropping in a perfect throw to move the chains on fourth down.

This play also illustrates another strength of his game: The deep ball. Last season, according to PFF, Murray posted an Adjusted Completion Percentage of 54.9% on throws over 20 yards, second only to Tua Tagovailoa.

The Cardinals gave Murray a new contract this week that makes him one of the NFL’s highest-paid players, so the pressure to corral his randomness and harness his explosive play ability is on.

In three seasons, he has been Offensive Rookie of the Year and selected to the Pro Bowl twice. He has led the Cardinals to win more games each season and took them to the playoffs for the first time since 2015.

Personally, I would rank Murray above Prescott and No. 9-ranked Lamar Jackson.

Jackson is a better playmaker with his legs but Murray is the superior quarterback in terms of throwing the ball.

Is Murray at this point in his career better than No. 8-ranked Russell Wilson? Maybe.

But people can bicker the rankings after around the top five.

With his new contract and still room to grow, what Cardinals fans hope is that he can elevate himself into the talk of the most elite players at the position. 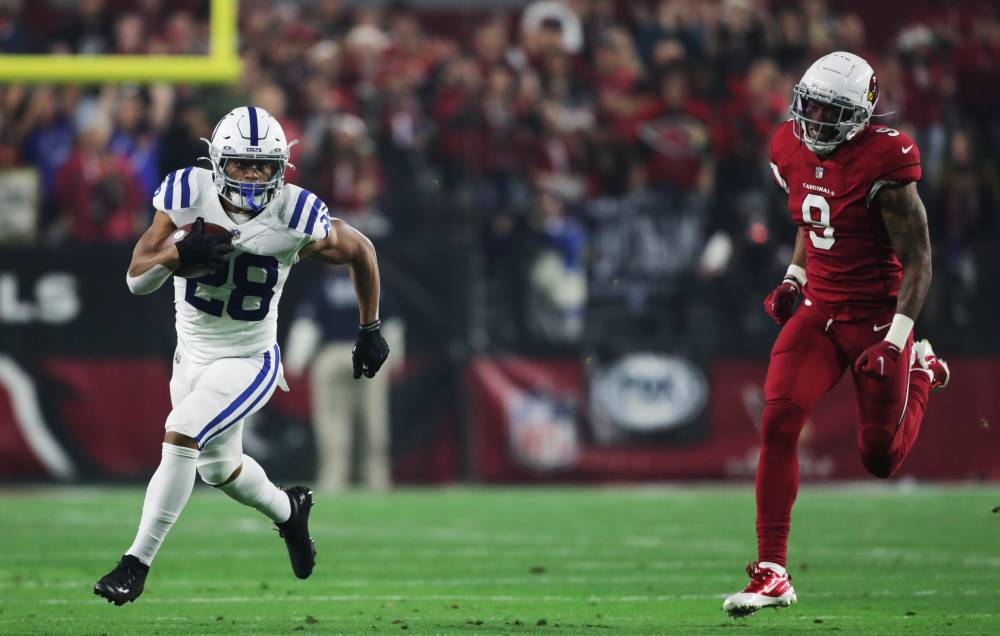