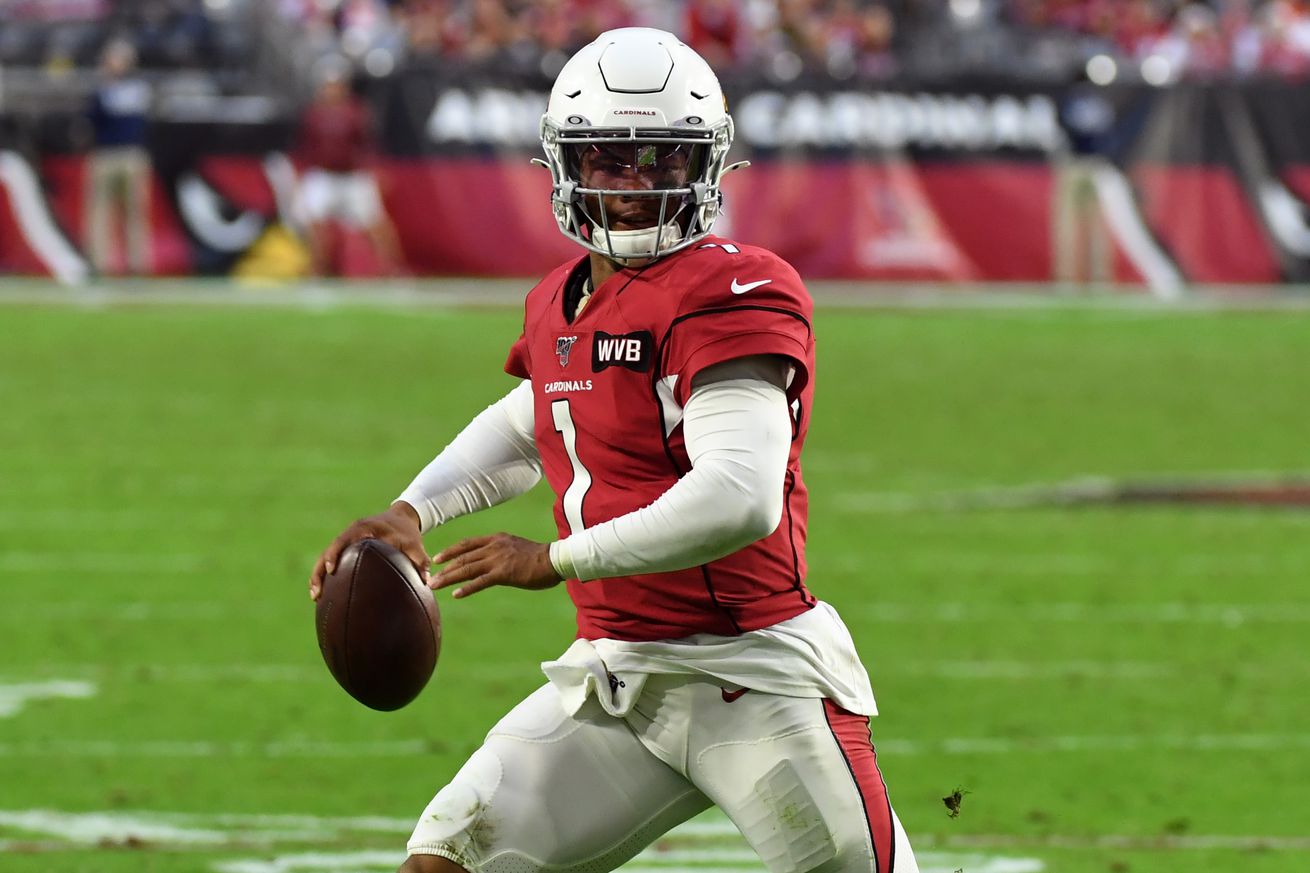 The NFL Offensive Rookie of the Year is set to spend more than $40,000 to gather his offensive teammates together.

Kyler Murray, for the second straight day, is making headlines.

Following his passionate press conference yesterday highlighting his pursuit for racial equality, today’s news comes with more of an eye on the “on field” football product.

According to Pro Football Talk’s Mike Florio, Cardinals QB Kyler Murray has invited 20 of his teammates to Dallas for workout sessions that will run from Sunday to Wednesday. Murray himself footed the bill for the entire event, which includes travel, lodging and food.

Florio estimates the entire trip will cost Murray more than $40,000.

This news breaks only hours after Cardinal running back Kenyan Drake appeared on NFL Network’s Good Morning Football stating much of the same.

We already knew Murray was committed to this season but this gesture is sure to win over many who still doubted the former Heisman winners’s ability to lead a NFL franchise. NFL teams are not expected to formally meet in person until late July (at the earliest), so Murray’s gathering may prove quite neccessary.

This will also be the first time (we assume) Kyler Murray will work out with newly acquired wide receiver DeAndre Hopkins.

Fingers crossed Murray is also splurging for some video production during the workout sessions.

The Cardinals have yet to comment publically on Murray’s offensive team gathering.

Revenge of the Birds will keep you posted of any new developments with this story.