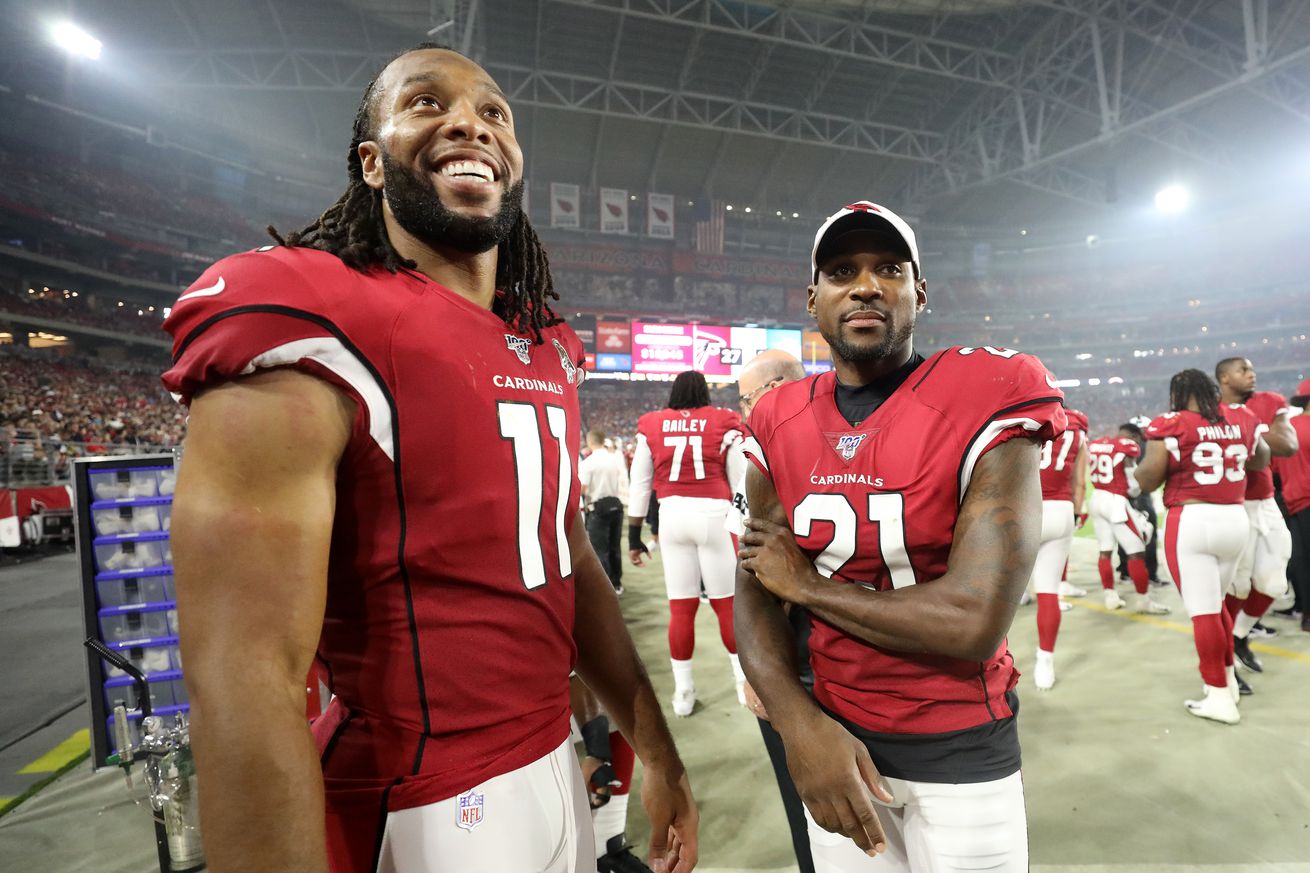 The decade was one of the most prosperous for the Arizona Cardinals from a winning standpoint.

A three year run of contending followed by two more years on the fringe of contention gave the Cardinals their best five year run in the history of the team in Arizona.

It also produced some of the best players in team history.

ESPN handed out the NFC West All Decade team accolades and the Cardinals had three current and three former players among the team.

The Seattle Seahawks were far and away the team with the most representatives and rightfully so. They have been to the playoffs in eight out of ten years and won the lone Super Bowl for the division while going to another.

The 49ers had seven players (although Sherman crosses over along with Mike Iupati), then there was the Cardinals five.

The three current members of the Cardinals honored were Fitz, Chandler Jones and Patrick Peterson.

Joining them is Calais Campbell and the aforementioned Iupati.

Pete Carroll was the Coach of the Decade, which should not be a surprise as he is the only coach that has been with the team for a decade and is one of the three or four best coaches in the NFL.

However, it is going to be interesting to see how the next decade unfolds and where the Cardinals can carve out their own niche in it.