The Cardinals’ newly formed Chandler Jones–J.J. Watt pass-rushing duo doubles as one of the most accomplished in modern NFL history, though assembling this tandem may leave the team’s breakout pass rusher in search of a new home. 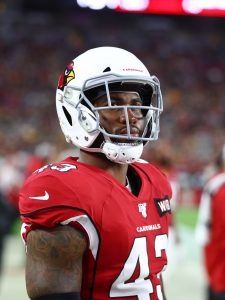 Haason Reddick was hopeful he could stay with the Cardinals, despite his rocky tenure prior that led to the team declining the linebacker’s fifth-year option. And the Cards, prior to their Watt signing, expressed interest in bringing Reddick back, according to ESPN.com’s Jeremy Fowler (on Twitter).

Pre-Watt, the Cardinals were carrying more than $11MM in cap space. While the team does have a rookie quarterback contract around which to build, it will certainly be a more difficult task to re-sign Reddick now. The Cards also expressed interest in keeping Patrick Peterson. A scenario in which Peterson and Reddick return now appears extremely unlikely. And cornerback will be a much greater Arizona need entering free agency.

Of course, Steve Keim‘s splashy Watt transaction points to the franchise’s interest in contending for a Super Bowl now. Reddick returning would certainly strengthen that prospect, after his 12.5-sack season, and Watt’s extensive experience as an interior pass rusher would seemingly leave a fit for the former first-round pick on the edge opposite Jones.

Markus Golden could serve as a cheaper option for the Cards to retain. He did not draw much interest after his 10-sack season with the 2019 Giants and expressed a desire to stay in Arizona this year. Golden did not record a sack in nine games back with the Cardinals last year but did post 14 QB hits — just two shy of Reddick’s total last season.