How will the game between the Arizona Cardinals and Minnesota Vikings go on Sunday? Fans will like the outcome if it goes like a simulation of the game on “Madden NFL 22.”

After the simulation predicted a Tennessee Titans blowout win over the Cardinals, a game that the Cardinals won handily in real life, the video game had the Cardinals defeating the Vikings 38-27 in Week 2.

The Cardinals controlled this game.

They took a 3-0 lead and, after quarterback Kyler Murray was picked off by cornerback Bashaud Breeland, the Vikings took a 7-3 lead with one of quarterback Kirk Cousins’ two touchdown passes.

The Cardinals would not trail again.

They took a 17-10 lead before halftime and then scored on their opening possession of the second half, making it 24-10. They would extend the lead to 31-13 and then the Vikings scored a couple of garbage-time touchdowns.

Receiver DeAndre Hopkins had eight receptions for 94 yards and a score. A.J. Green had four catches for 56 yards and a score, and Christian Kirk added five for 50 and had a six-yard rushing touchdown.

Defensively, they sacked Cousins five times. J.J. Watt had 2.5 sacks, Isaiah Simmons added 1.5 and Chandler Jones had one. Byron Murphy and Budda Baker each had an interception.

Cousins passed for 304 yards, two scores and two interceptions in the loss. Running back Dalvin Cook was held to 46 yards on 17 attempts.

The leading receiver was not Justin Jefferson or Adam Thielen, it was K.J. Osborn, who caught eight passes for 109 yards and a late touchdown. Thielen had seven for 55 and Jefferson had six for 76. Neither scored a touchdown. 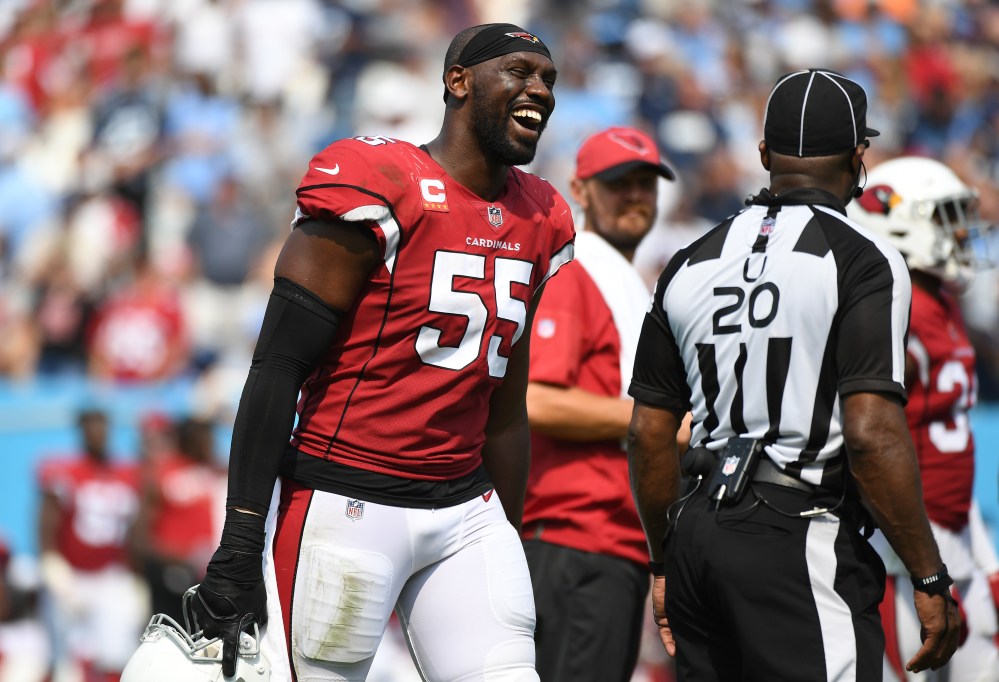