With the first round of the NFL draft beginning tonight, we have a few final mock drafts. ESPN’s Mel Kiper Jr. has his last mock draft and the Arizona Cardinals, who have the 16th pick in the first round, trade out of the pick.

The New York Jets target USC offensive lineman Alijah Vera-Tucker, while the Cardinals’ top expected targets (cornerbacks Patrick Surtain and Jaycee Horn, receivers Jaylen Waddle and DeVonta Smith) all off the board, Arizona could go with another player but instead trade back to the Jet’s pick at No. 23 and add a second- and a third-round pick.

With the 23rd pick, they select Alabama running back Najee Harris.

I don’t love teams taking a first-round running back, but Harris could really help Kyler Murray. If the Cardinals stay at No. 16, they could target a corner.

If they can pick up two more Day 2 picks and Harris, I love it. He is one of my favorite prospects and appears to be a sure thing in the pros. He would make the running game even better and takes care of the position beyond 2021.

Plus, they would have two picks in the second round and another in the third, allowing them to address other needs like at receiver, cornerback and tight end.

It isn’t quite as ideal as landing CB Jaycee Horn like in Todd McShay’s final mock draft, but it is pretty close.

Ranking the ‘Gambo 5’ prospects for Cardinals with 16th overall pick 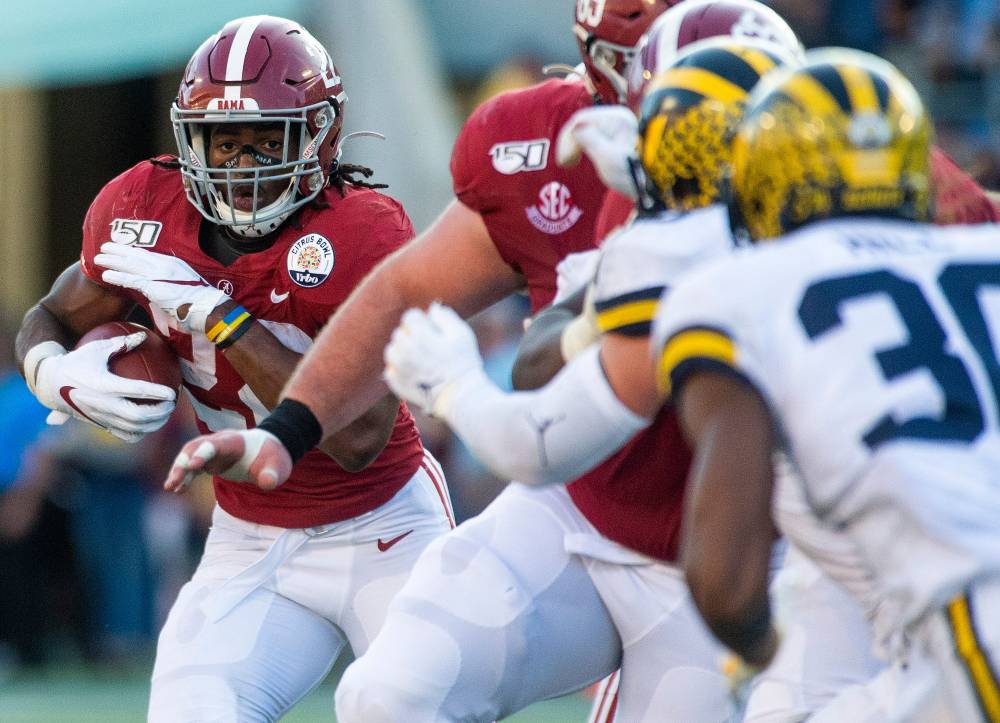