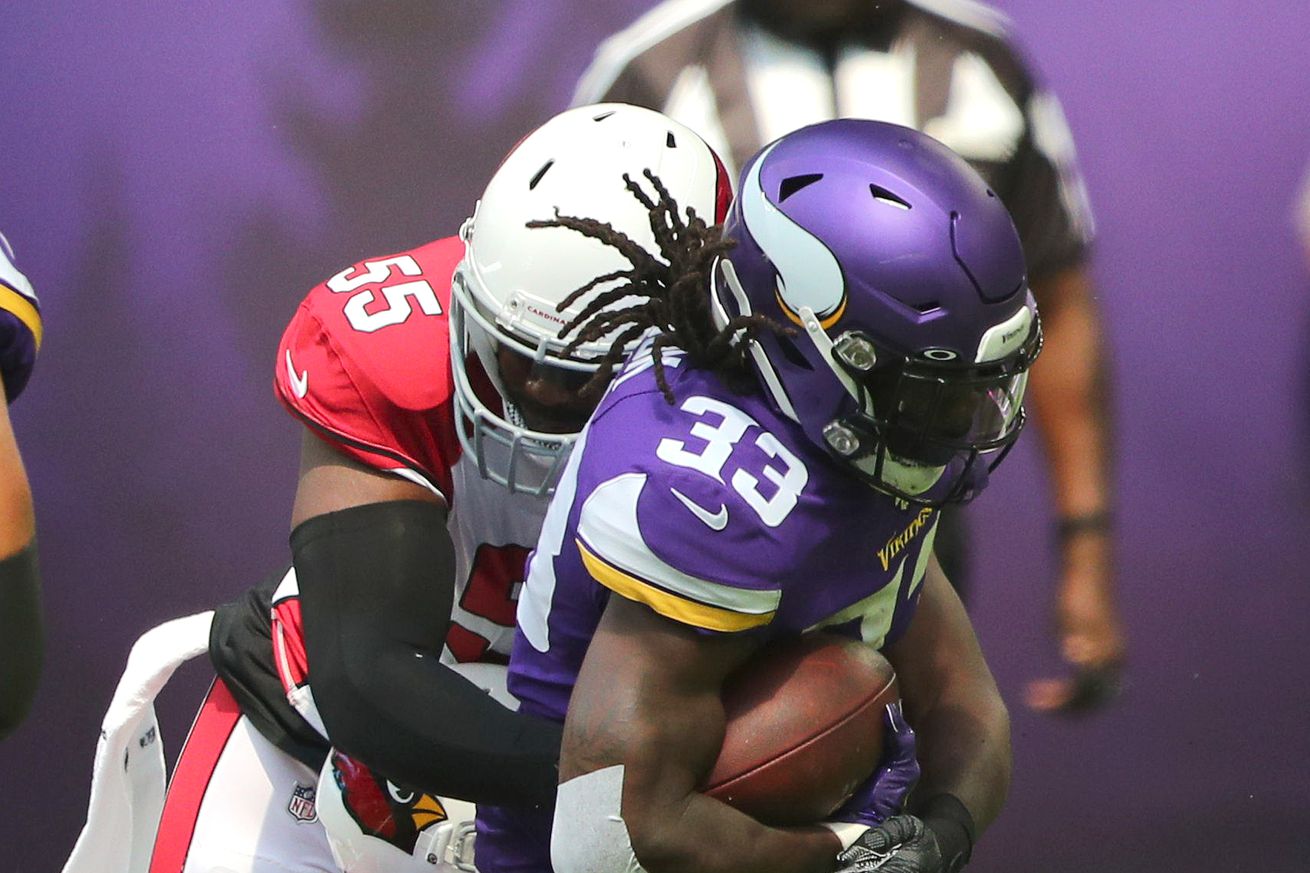 It is an interesting time in the NFL.

Our friends over at Daily Norseman, the Minnesota Vikings SB Nation affiliate are dealing with an issue the Arizona Cardinals and this site dealt with not just two years ago.

Dalvin Cook is going to holdout heading into training camp and his fourth season in the NFL.

The Arizona Cardinals had a similar situation with David Johnson in 2018, the former All Pro running backs fourth season as well.

If you look at Cook’s first three seasons he wasn’t nearly as good as Johnson, but according to Chad Graff, he’s looking for money in the range of Johnson’s absurd contract from the Arizona Cardinals $13 million a season.

Apparently, the Vikings are offering in the realm of Melvin Gordon which is about $8 million a season.

The problem with Cook is he has a similar injury history that Johnson had and again just has not been as productive as Johnson was in his first three seasons (Johnson had over 3200 total yards and 32 touchdowns while Cook has just over 3000 yards and 19 touchdowns).

The other reality is that paying running backs just has not panned out well.

Johnson and Todd Gurley were the latest big money running backs to not make it to the end of their contracts.

Now the question becomes, what happens to Dalvin Cook and will he join Christian McCaffrey or will he go the way of Melvin Gordon?