The NFL draft is Thursday night and there are only a few mock drafts left to look at. With just one day to go, it’s fun to look at what NFL analysts think the Cardinals will do.

NFL Network Analyst Charles Davis released his final mock draft of the year. He has the Cardinals selecting Arkansas wide receiver Treylon Burks with the No. 23 overall pick.

Arizona’s receiving corps took a hit with the loss of Christian Kirk in free agency. Adding the power-forward-esque player to QB Kyler Murray’s arsenal is a strong move. Burks can be the Cardinals version of what Deebo Samuel has been for the 49ers.

The Deebo Samuel comparisons have been made to Burks’ game before. He was electric after the catch, a trait that would be invaluable in Kliff Kingsbury’s heavy screen and short pass offense.

Burks played primarily in the slot at the collegiate level but his size and build project as an outside receiver at the next level. At 6-3 and 225 lbs, Burks has the size the Cardinals have sought to add with Kyler Murray’s game. The team may want to be cautious, however, as playing players out of position has hurt them before.

Burks had 1,104 receiving yards and 11 touchdowns last season. One of his standout performances came against elite-level defensive talent when he racked up 179 yards and two touchdowns against Alabama. He was dominant despite a lingering injury. It’s always worth noting when a prospect plays that well against future NFL talent.

Officially, Burks ran a 4.55-second 40-yard dash at the NFL combine, but he plays the game much faster than that. General Manager Steve Keim mentioned the need to pay attention to game speed over combine speed during his press conference, citing Rams All-Pro WR Cooper Kupp as an example.

Here’s an example of Burks’ ability, as he quite literally runs away from the entire Crimson Tide defense.

Treylon Burks outran half the defense. 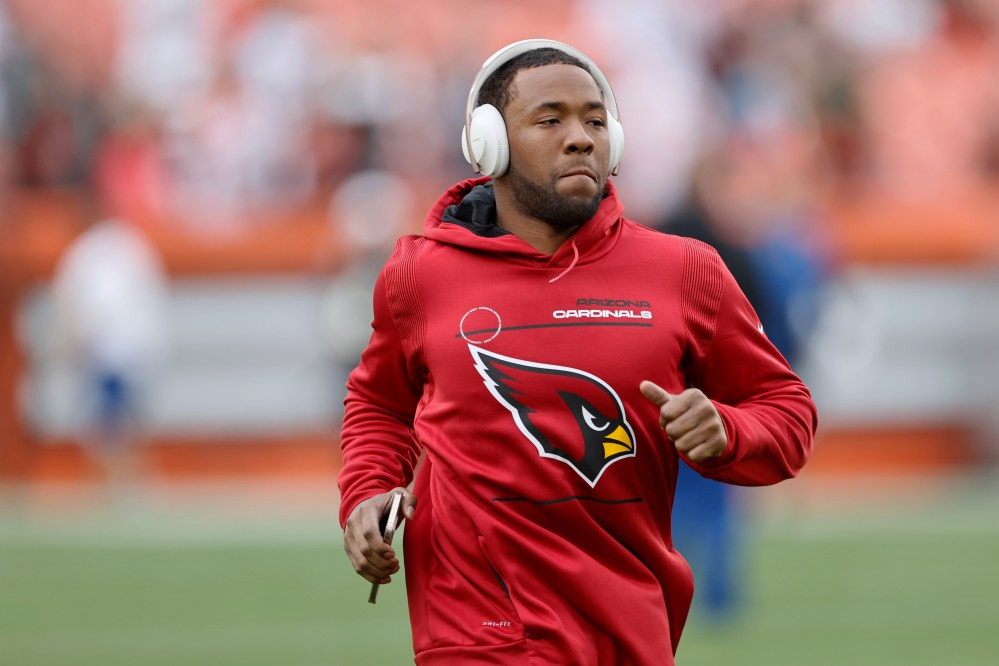