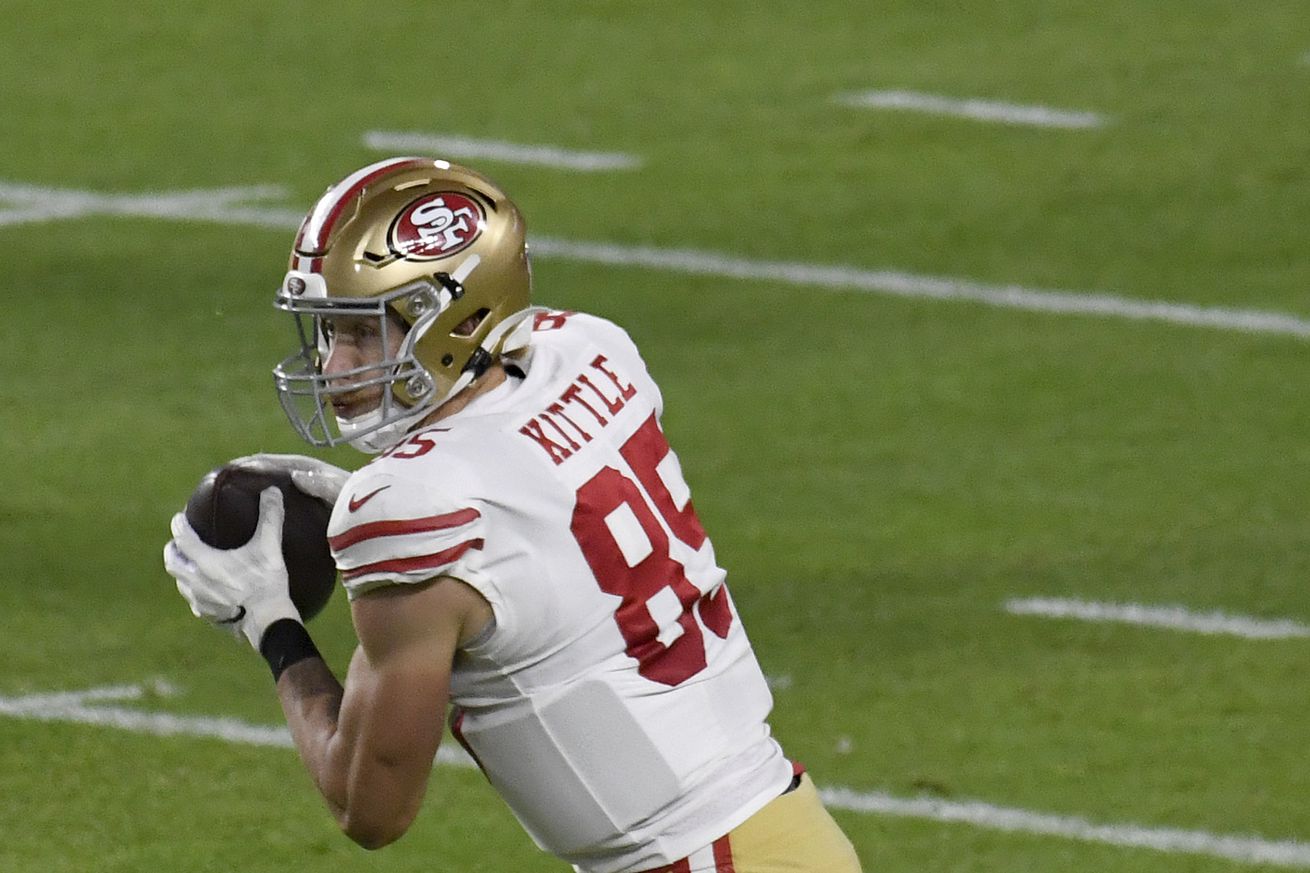 Photo by Focus on Sport/Getty Images

We are coming up to football shortly, we hope. With that we need to take a look around the NFC West at the Arizona Cardinals rivals.

Let’s finish things up with a look at the San Francisco 49ers with our friends at Niners Nation.

49ers news: USA TODAY believes there are no doubts about the 49ers greatness on defense – Niners Nation
USA TODAY’s Doug Farrar ranked each defense in the NFL, and the 49ers came in at No. 2

Trent Williams: The 49ers were my No. 1 destination when they got interested a few months ago – Niners Nation
“I’m excited to be a part of an offense that really doesn’t need me to win.”

49ers battles: Who will be more productive in 2020, Dee Ford or Arik Armstead? – Niners Nation
Productive in this sense means the most sacks + hits + hurries

49ers news: Trent Williams on Jimmy Garoppolo: ‘He’s proven he’s a quarterback that you can win with in this league’ – Niners Nation
The 49ers’ new left tackle is looking forward to competing for a championship.

What have you changed your mind on most over the last year regarding the 49ers? – Niners Nation
I’m going with the defensive coordinator.

Which 49ers player has a better season coming off injury: Weston Richburg or D.J. Jones? – Niners Nation
Both players are critical to the 49ers success in 2020

49ers news: PFF lists George Kittle as a top-five player in the NFL – Niners Nation
Two players found themselves in the top-15

49ers will be the only team in the NFL that doesn’t open their facility on June 5 – Niners Nation
More on the NFL welcoming back coaches: The league anticipates only the #49ers not be able to get to their facility tomorrow. The team is aware and supportive of the plan and has…

49ers news: Trent Williams picked as one of the NFL’s top comeback candidates – Niners Nation
Williams was No. 6 on Gil Brandt’s list of 12 players.

49ers news: Kyle Shanahan believes Jimmy Garoppolo can take his game to another level – Niners Nation
Since Garoppolo doesn’t have to worry about rehabbing this offseason

49ers news: George Kittle named to NFL’s All-analytics team – Niners Nation
NFL Network’s Cynthia Frelund put together an all-analytics team. Frelund used a numerical value that added each player’s impact on his team’s ability to win games for every snap. Her goal was to…

49ers news: Shanahan on the rookie classes abnormal offseason: It will have a huge effect on them – Niners Nation
Many believe undrafted rookies on every team will face an uphill battle to make the team this year as they weren’t afforded the usual exposures other UDFA’s were in years past San Francisco 49ers…