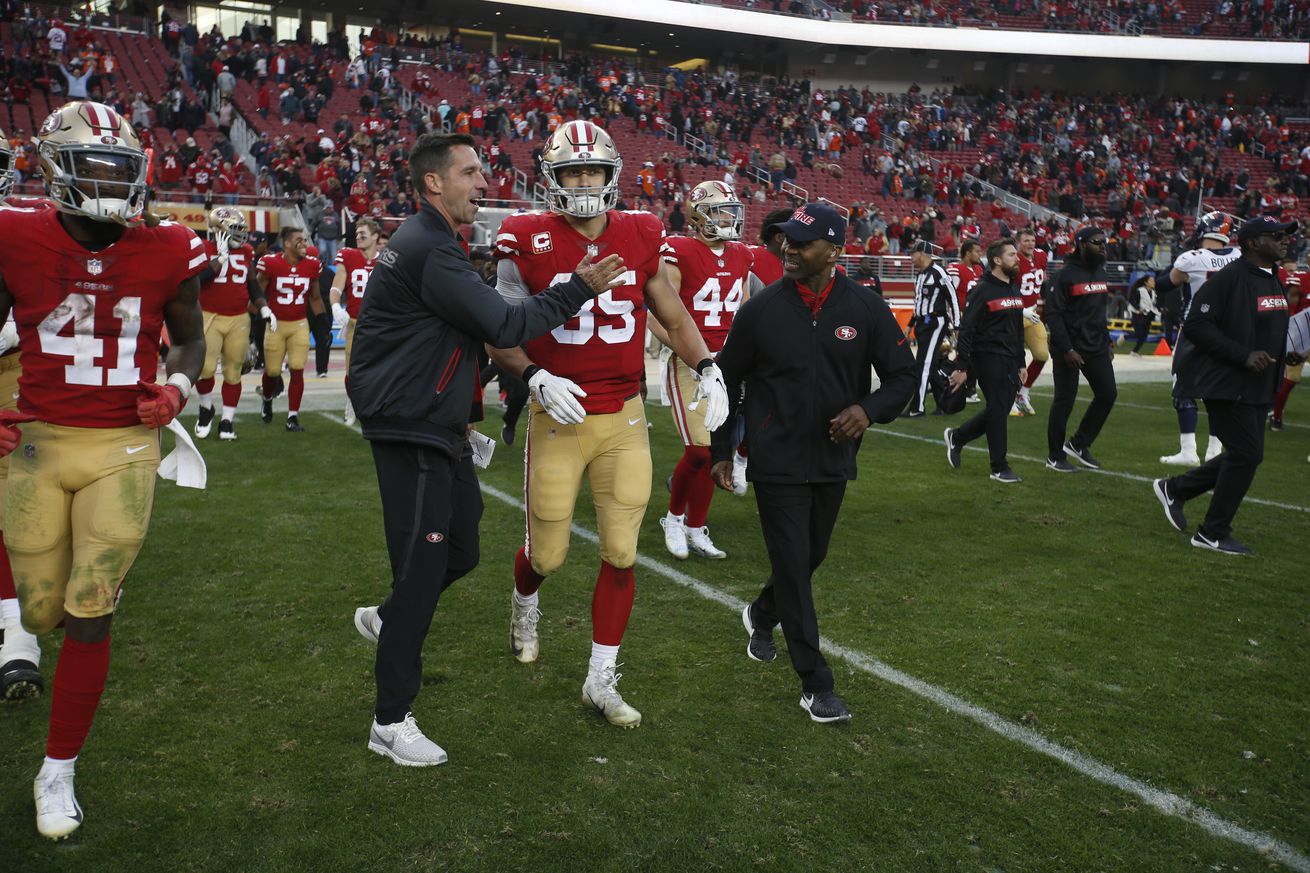 We are heading into the start of the 2020 NFL training camps ramping up, which means we usually have some in depth previews on each team.

Well, that won’t happen with nearly zero notes on how the offseason went for each team, but we will still take a look around the NFC West to see what is going on.

Lets finish our look at the west with the San Francisco 49ers.

This season will be successful for the 49ers if they… – Niners Nation
If I asked you what was the one barometer of success for the Niners this season, what would your answer be?

San Francisco 49ers: Who are the 10 most important players on the Niners going into the 2020 NFL season? – Niners Nation
No. 1 should be no surprise

49ers news: Kyle Shanahan says “we haven’t done sh*t yet, and we have to put the work in as a team – Niners Nation
When Kyle Shanahan was on Chris Simms’ podcast, he was asked when he felt like San Francisco 49ers quarterback Jimmy Garoppolo started to take his game to the next level. Simms asked, was it due to…

PFF ranks the 49ers backup quarterback situation as the 9th best in the NFL – Niners Nation
One of the biggest differences between the San Francisco 49ers 2018 and 2019 seasons was the quarterback position. During the former, Kyle Shanahan relied on a pair of backups for the majority of…

49ers news: FB Kyle Juszczyk has the biggest outlier contract in the NFL – Niners Nation
The 49ers FB makes 132% more than the average fullback in the NFL.

49ers GM John Lynch on Samuel: It’s fair to say he might miss some games at the beginning of the year – Niners Nation
Lynch also spoke about Mostert, Kittle, Adams, and his extension

San Francisco 49ers: NFL.com projects the Niners’ floor, and ceiling going into the 2020 season – Niners Nation
We would all be much happier if the Niners’ record is closer to the ceiling.

NFL.com believes the 49ers have two of the top positional battles in the NFC – Niners Nation
The wild cards remain McKinnon, Hurd, and Pettis

49ers news: Jalen Hurd listed as one of the Top 25 prospects who could break out in 2020 – Niners Nation
Brunskill was on the same list a couple of weeks ago.