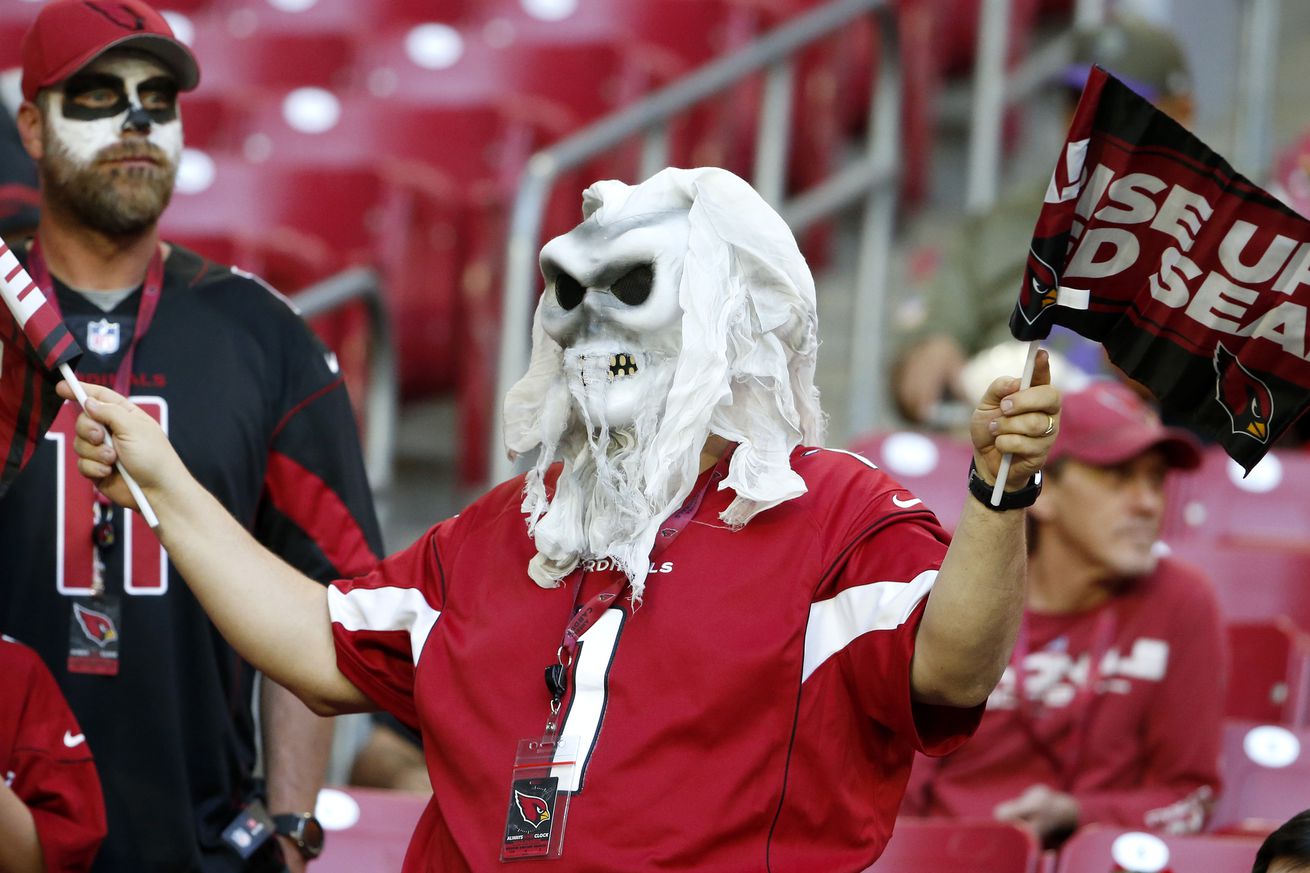 Another domino has fallen in the 2020 NFL season in the Covid-19 age.

According to the NFL, fans in attendance of NFL games will be required to wear a face covering if they want to be in the stands this season.

Fans at NFL games this season now will be required to wear face coverings, per @nflPRguy.

We know that the New York Jets and Giants will not have fans at games this season, as they have already announced that this season will be played in New Jersey without fans in attendance.

As someone who usually avoids NFL games live, this doesn’t matter to me, but for those of you who are season ticket holders, what are you going to do?

That becomes the question for fans, not just of our Arizona Cardinals, but for all NFL fans.

Are you wanting to attend NFL games in a mask? Would you even want to go to NFL games right now at this time anyway?

This is the first move that feels like it is the NFL’s attempt to have their cake and eat it too.

However, as someone that in a normal setting doesn’t enjoy live NFL games, I feel like I’m not the right person to ask.

So, what say you Arizona Cardinals fans?