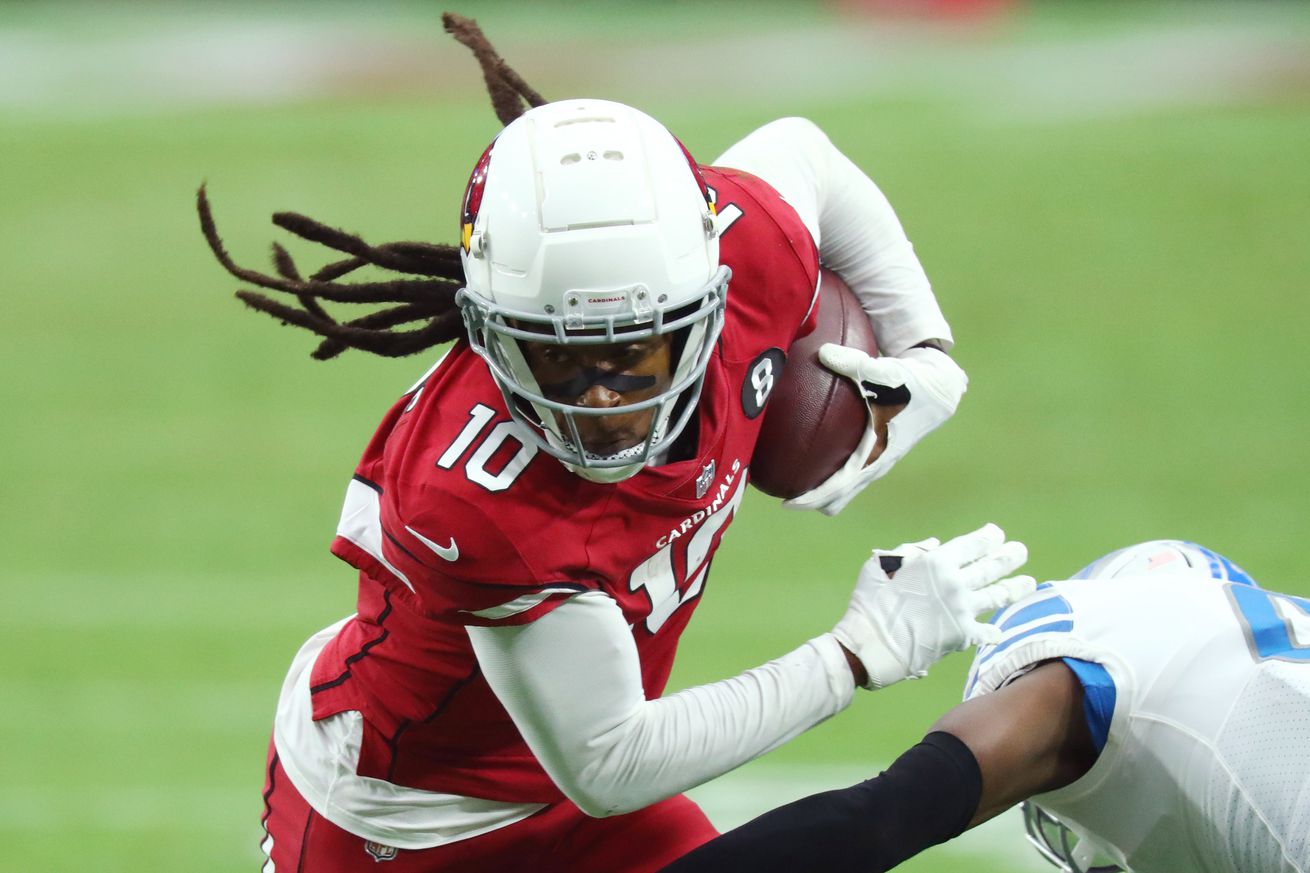 Maybe we were talking about the wrong Cardinal when we were throwing MVP around last week?

Hauling in 10 of 12 targets for 137 receiving yards, DeAndre Hopkins once again shows why he’s among the best (if not the best) at his position.

It’s hard to find the word to describe his value, so I’ll let the numbers do the talking.

DeAndre Hopkins (26) has established a franchise record for receptions in the first three games of a season. pic.twitter.com/xIJ1mvDELd

It was a fun, if not somewhat lopsided matchup as rookie Jeff Okudah got the unenviable position of matching up the the All-Pro WR.

Put DeAndre Hopkins on an island at your own risk

Scoring play aside, Deandre Hopkins was focal point of the offense and was consistently moving the chains. It’s curious that he only got one catch in what were the final two drives for the Cardinals.

Honorable mention to Budda Baker, who despite having a UCL tear in his thumb and a cast to accomodate that (and pending surgery this week) once again led the team in tackles. Get well and have a safe surgery, Budda!

Do you agree? Or was there another player deserving of the spotlight this week?