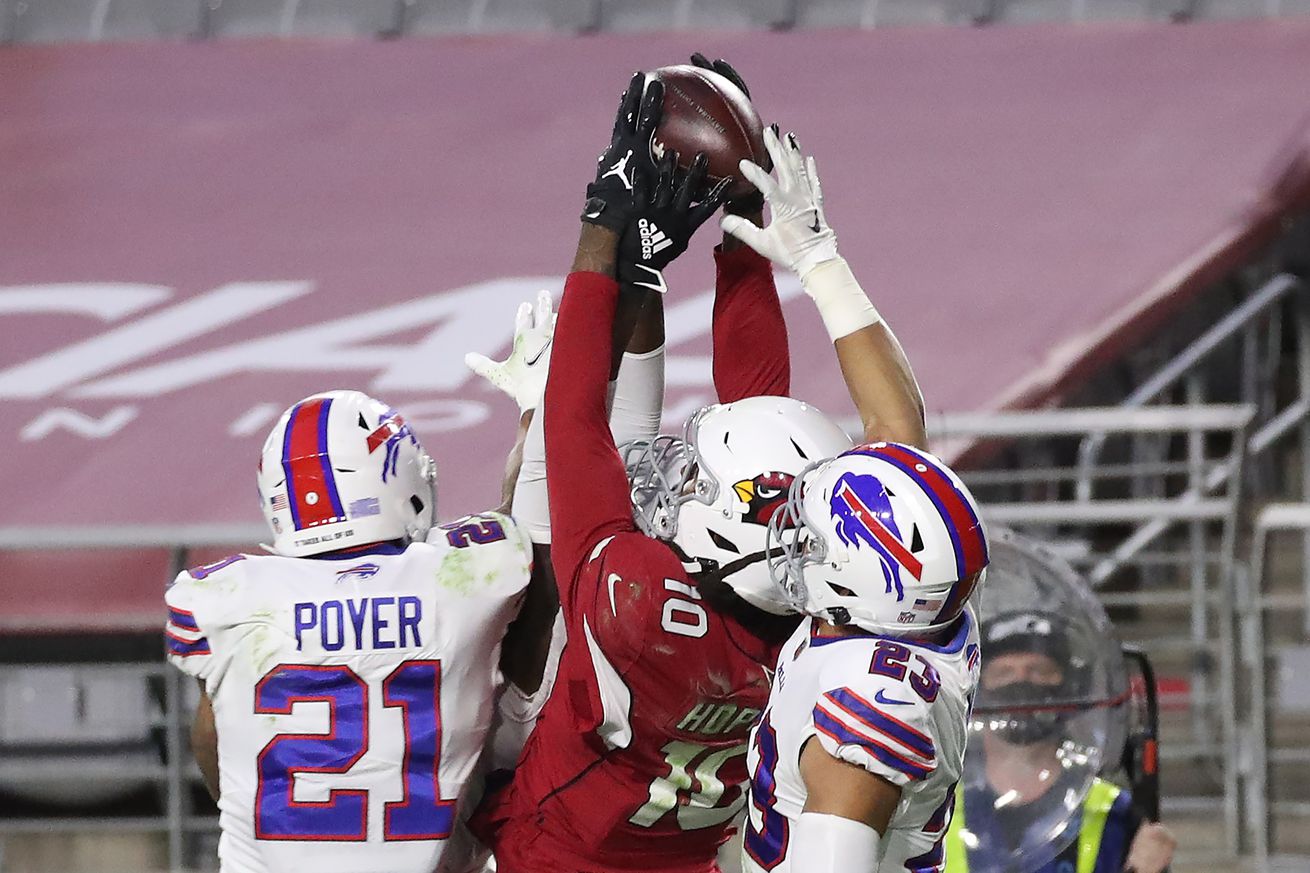 Apparently it is in Kliff Kingsubry’s contract to allow the Cardinals to play close games every week.

However having Kyler Murray and DeAndre Hopkins is just different and in the end, that was enough.

The Cardinals struggled to throw the ball today, but ran the ball extremely well in their loss.

Murray threw an interception on an unlucky bounce to Larry Fitzgerald, but for the most part the Cardinals just did not get much opportunity to throw the ball.

That is when fate intervened and forced Kliff Kingsbury’s hand.

The Cardinals drew one up, Kyler Murray made a play and got one up to DeAndre Hopkins who made an incredible catch to win the game.

All of the negative goes away for a bit as the Cardinals come out victoriuous 32-30 over the Buffalo Bills to move to 6-3 on the season.

Maybe this Murray kid can play a little bit.