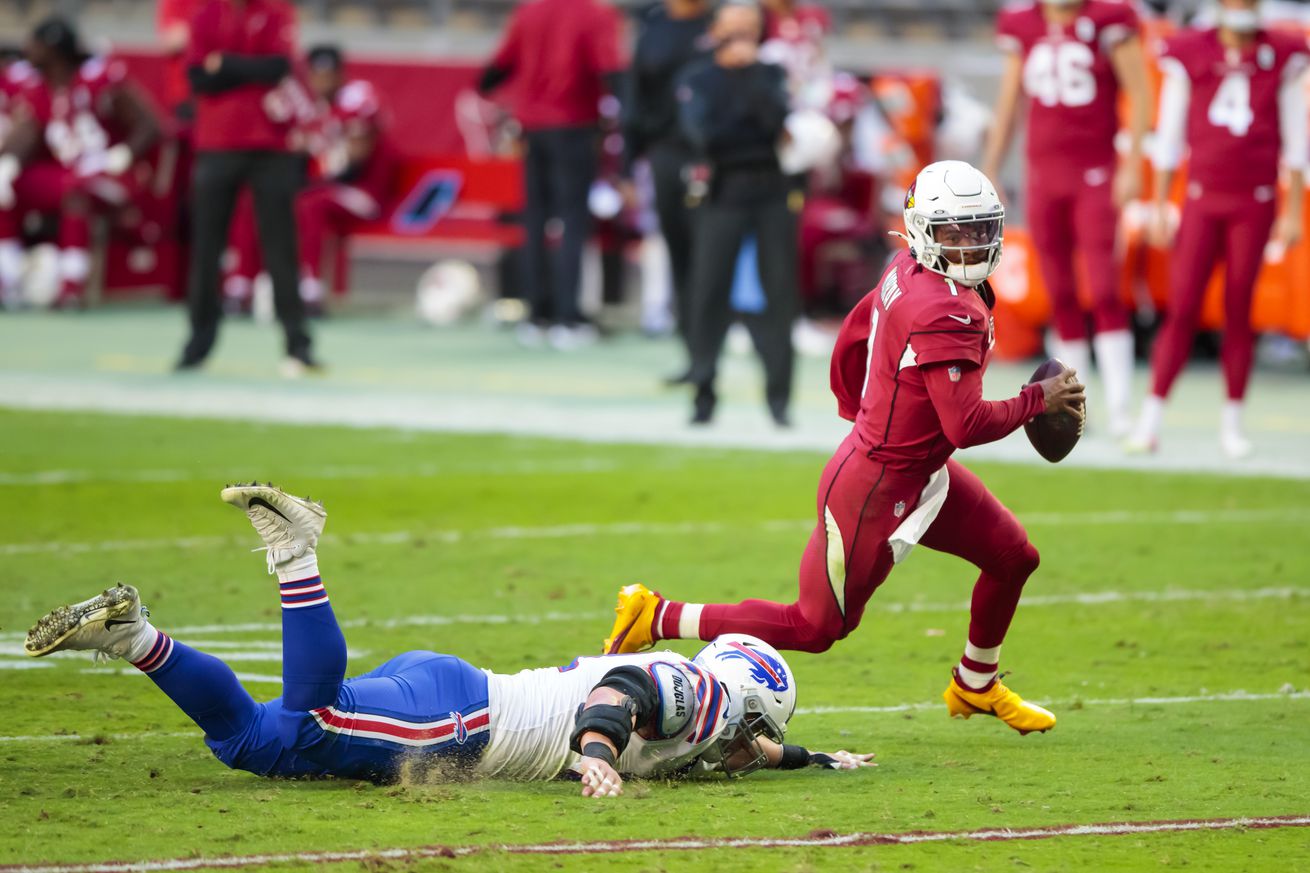 The Arizona Cardinals were done. And then they won in the wildest game of the year.

What a game in Arizona.

The Arizona Cardinals were coming into one of the most crucial games of their season after dropping to 5-3 versus the Miami Dolphins in the middle of one of their home stretches with a game against a 7-2 Buffalo Bills team with a solid pass rush and electric offense.

Arizona struggled early in the game to punch the ball into the redzone, with multiple stalled drives inside of the 10 yard line.

And all of these struggles happened from the get-go following an INCREDIBLE opening 12 play scoring drive in which the Cards struggled to get it into the endzone.

The Bills as well had issues punching it in, with this “shootout” looking more like a defensive struggle with no less than 4 field goals exchanged on 4 consecutive back and forth drives from Arizona.

The game changed big time in Buffalo’s favor when the Cardinals had a shot to drive down for a game-tying score only for Kenyan Drake to fumble it straight back to the Bills deep in Arizona territory.

But…as has been a theme for Kliff Kingsbury, he didn’t give up on his player despite the fumble. The Cardinals made matters even worse by letting Buffalo drive down and kick a 58 yard field goal.

The game seemed to be nearing the edge of reach for the Cardinals when the Bills threw for a score on Patrick Peterson to go up 23-9.

But then…Kyler brought them back from the brink.

The Cardinals got a touchdown, a turnover from Patrick Peterson after a terrible punt and managed to drive down and take the lead by 3.

And then it went…off the rails. Turnovers, 3 and outs, a poor punt return, crazy catches and escaped sacks.

Basically the Cardinals aren’t capable of playing a normal game.

The Bills defense stepped up and Kliff called 3 passing plays (or did Kyler check in?) against some all-out blitzes by the Bills.

Allen drove down and Cole Beasley took over, and while Arizona had opportunities the Bills managed to drive in to position to kick to tie and send us into overtime.

40 seconds left. There was no way Arizona was gonna come back.

And then the catch heard round the world…

There’s been some crazy games at the University of Phoenix stadium but I can’t imagine a wilder finish than a Hail Mary with one second left on the clock.

Sometimes you get lucky but it seems now with Kyler Murray at the helm, Lady Luck finds a way.

And fortune favors the bold. The Cardinals seemingly got bailed out in the wildest way after practically giving the game away, and it’s got a DRAMATIC effect on the rest of their season.

The difference between 5-4 and 6-3 is tremendous.

It’s hard to stay relevant dropping back to back games in the NFL, and Arizona with a STUNNING final play has managed to take the term “Cardiac Cards” to a new level.

And what’s even crazier is that this is in his SECOND season. The kid’s just so young and still learning the game and the sky seems to be the limit.

Alright, now if you’ll excuse me I need to go and get my heart rate down….