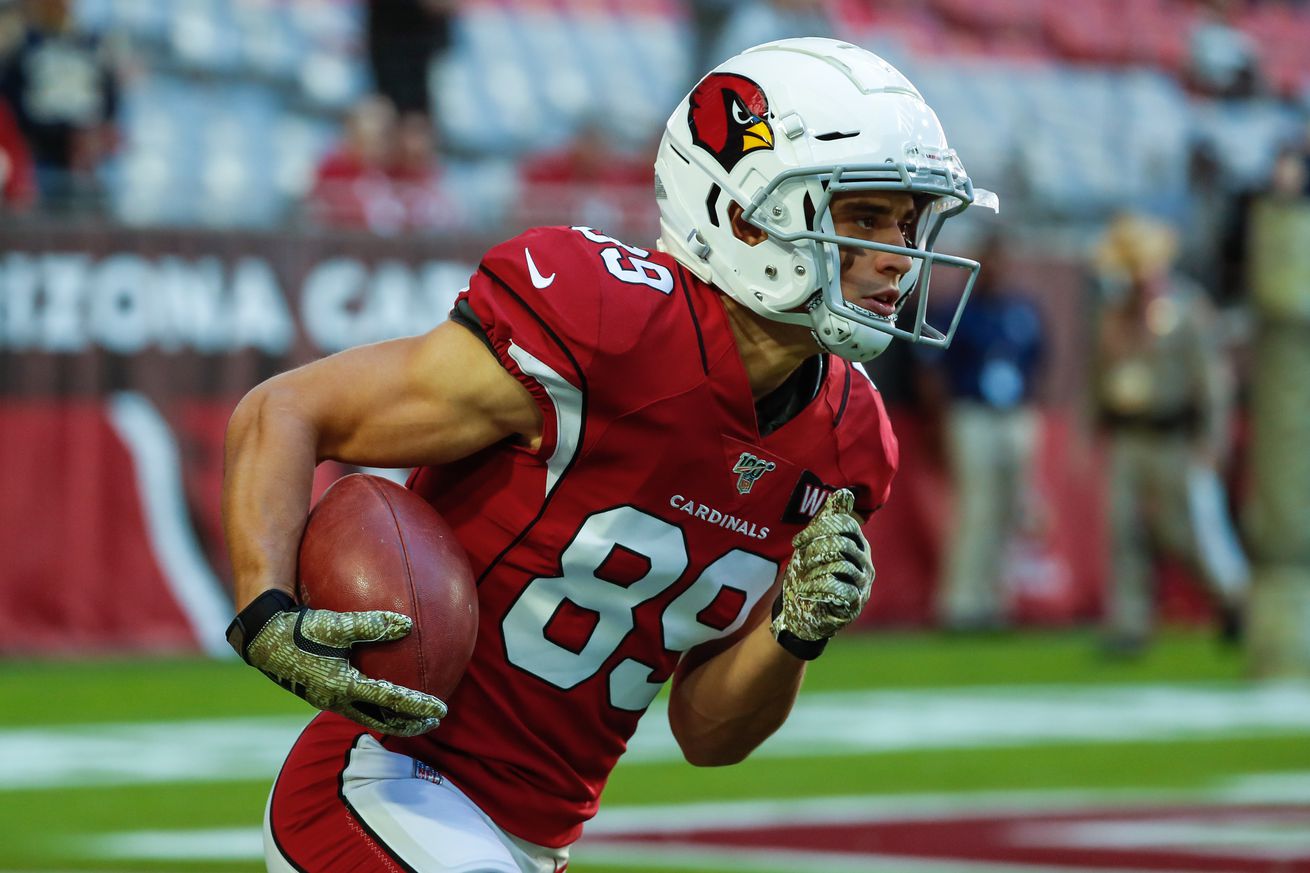 Andy Isabella had a couple big plays in his rookie season… but didn’t do much else. What’s in store for his in his second season? | Photo by Kevin Abele/Icon Sportswire via Getty Images

Over the past couple weeks, we’ve gone through the first two batches of players in this year’s Redbirds 50 rankings. It’s mostly been special teamers and lower-level depth thus far. This week, we get to the top backups and lower-level starters with the #21-30 players. Let’s start with one of the tougher players to rank on the whole roster.

2020 Outlook: Alford was supposed to fill the void opposite Patrick Peterson last season, then he was supposed to be the team’s top corner when Peterson got himself suspended. Unfortunately, Alford didn’t play a single snap for the Cardinals after breaking his leg in training camp. When he last played competitive football, it was 2018 and he was a below-average starter for an underachieving Atlanta Falcons defense. It’s anyone’s guess what we’ll get from Alford, now 31, in 2020, but he does bring considerable starting experience to the table, which can’t be discounted.

2020 Outlook: Cole, the presumed starting center, also has a good chunk of below-average starting experience. He played every snap at center as a rookie but didn’t exactly impress. He also filled in at guard for two games last season when injuries hit. He’s still young (just 24), but does anyone think his ceiling is much higher than league-average? Assuming Cole beats out Lamont Gaillard for the starting job this season, he should be adequate, but it would be tough to say he’s the long-term answer at the position. Let’s hope he proves that wrong in 2020.

2020 Outlook: Thompson, like the next guy on the list and the entire rookie class last year except for Kyler Murray, was all hype and very little production. Fans and analysts alike were raving about what a steal he was in the 5th round, only for him to play fewer than a quarter of the defensive snaps and only contribute 18 tackles as a rookie. He was outplayed and outproduced by the other Thompson Twin (Jalen) and will open the year behind him and Budda Baker at safety. He’ll also likely have to compete with Isaiah Simmons for snaps as well. The path to relevance for Deionte in 2020 is murky, but the talent and college pedigree are still there.

2020 Outlook: Isabella was another one of the tougher players on the roster to rank. Everyone was high on him last offseason, but he struggled to make an impact out of the gate. Then he had that huge TD against the 49ers, but returned to obscurity after that. Entering his second season, his draft pedigree and college production/metrics give him a lot of potential, even if the WR room is more crowded than ever. But this offense is begging for a deep threat, and Isabella has the profile to fill that role. Can the young speedster figure things out in Year 2?

2020 Outlook: Edmonds was a low-key winner this offseason. David Johnson was shipped off to Houston and new lead RB Kenyan Drake has a career high of just 170 carries, meaning there should be a sizeable role on offense for the 3rd-year RB—especially with his only competition a pair of former Sun Devils with a combined 31 touches in the NFL (rookie Eno Benjamin and former UDFA D.J. Foster). Edmonds showed last year he can make an impact when given the opportunity (remember the Giants game?), so Cardinals fans and fantasy players both shouldn’t sleep on him this season in what should be another strong rushing offense.

2020 Outlook: Gonzalez, another former Sun Devil, was solid last year, finishing fourth in the league in total points with 127. He was steady and reliable, which the Cardinals haven’t had in a kicker in years. But it’s worth pointing out that he mostly feasted on easy kicks when the team stalled in or near the red zone—he was an NFL-high 24/25 from inside 40 yards. He only attempted 10 kicks beyond 40 yards, although he did make 7 of them (including both 50-yarders). Hopefully the team won’t need to rely on him to produce points as much in 2020, with the offense converting more drives into touchdowns. Gonzalez attempting fewer FGs would be a good thing this season.

2020 Outlook: The lingering image of Maxx Williams last season for many fans is the dropped touchdown against the Buccaneers, but the tight end had a strong debut in the desert other than that. His numbers don’t pop off the page, but the position wasn’t a huge part of Kliff Kingsbury’s offense in Year 1. However, Williams excelled as a blocker, which contributed to his sterling 79.1 PFF grade. (He also graded well during his time in Baltimore.) Targets will be hard to come by in an improved Cardinals offense, but Williams proved his contributions to the team aren’t just confined to the stat sheet. He looks like a good one.

2020 Outlook: The next three players are all in the mix for the starting RT job this season. They’re all at different stages of their careers, and all are similarly valuable as far as 2020 goes: we’ve got the touted rookie the team is high on, the journeyman former UDFA who acquitted himself well in his first real playing time in the league, and the veteran injury case looking to resuscitate his career. We’ll start with the rookie, Jones, who is by far the most valuable to the organization but will probably have the least impact in 2020. It’s possible—even probable—that the 3rd-round pick doesn’t see the field in his first season. That wouldn’t be a bad result—let him learn the ropes for a year then enter Year 2 as the frontrunner for the starting RT gig.

2020 Outlook: Although the Cardinals are the fifth organization Murray has played for in his brief career (2020 will be his fifth season), last season was the first time he got any real playing time. An early-season waiver claim, Murray ascended to starting RT when the next guy on the list tore his ACL in training camp and the Week 1 starter (Jordan Mills) was a flaming disaster before he, too, got hurt. Once in the starting lineup, Murray played much better than expected (62.9 PFF grade), even if he didn’t look like a world-beater. He’ll likely cede the RT job to the guy below, but there should be an open competition in training camp, and I wouldn’t put it past Murray to emerge victorious. Worst case, he’d be a strong backup/swing tackle. Not bad for a former practice squad player.

2020 Outlook: I was surprised when Gilbert was resigned after last season (1 year for just over $1M), but the move makes a lot of sense now. For one, it allowed the team to eschew taking a tackle at #8 in the draft if one of the top defensive talents dropped—hello, Isaiah Simmons. Two, there’s basically no risk—$1M is peanuts for a starting-quality RT, and we have Murray (and, now, Jones) if he doesn’t work out. Yes, he’s had some serious health concerns, but he has 87 career starts and, clearly, the confidence of the organization. If he can stay healthy, we could have the best offensive line we’ve had in years in 2020. If he doesn’t, we’re still in good shape with the two guys above. I questioned it at the time, but resigning Gilbert could prove to be one of GM Steve Keim’s best offseason moves.

That wraps up another installment of the 2020 Redbirds 50. Next week, we’ll tackle some ascendant young players and key offseason additions before getting to the top 10. For now, feel free to debate or predict Cardinals ranks in the comments!