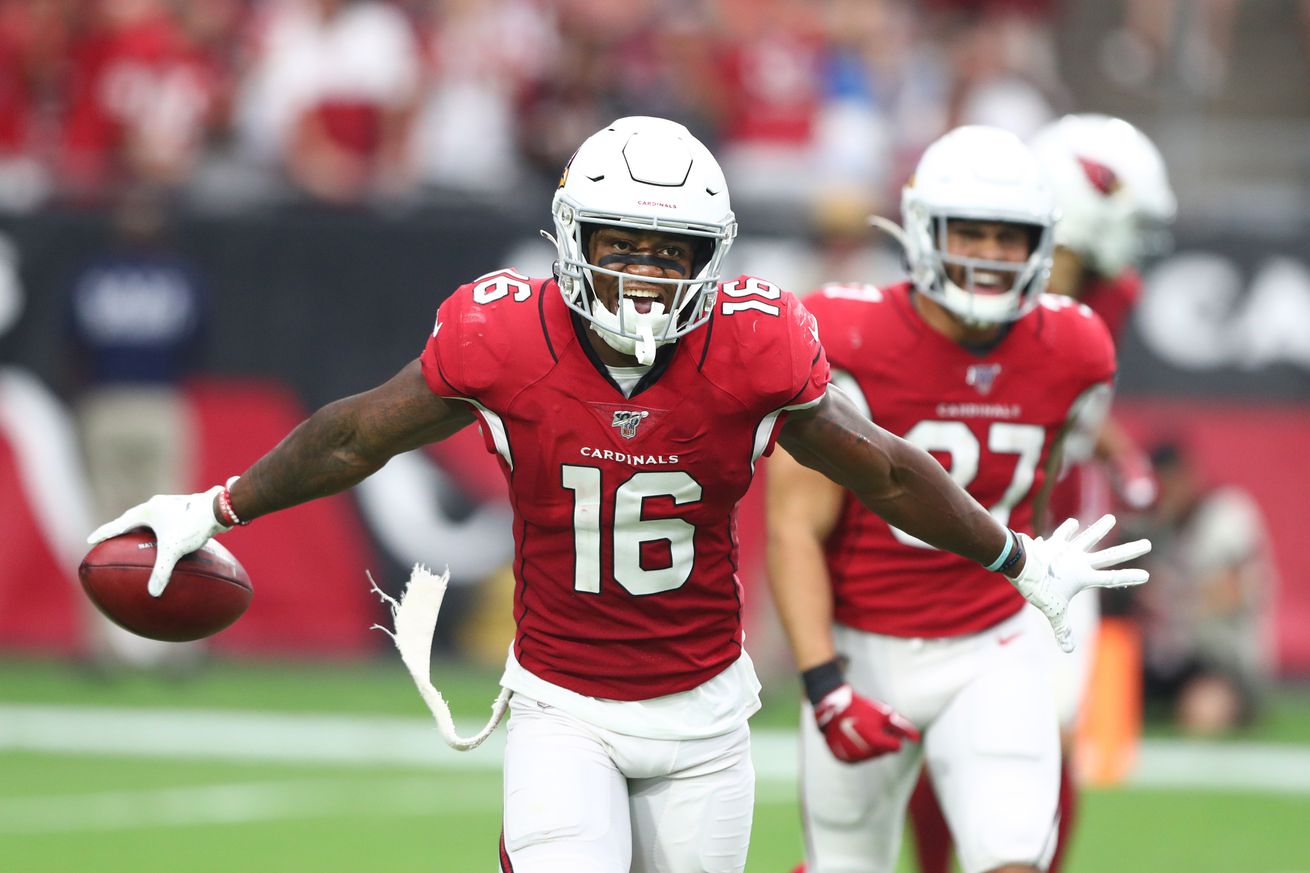 It’s a slow news cycle these days… for the NFL at least. That means it’s list time! Here is the first installment of our ranking of the top 50 Arizona Cardinals players for 2020.

We’ve hit a true dead spot in the NFL calendar, which means it’s time for the usual batch of ranking lists. I’m sure we could all use the distraction. PFF did theirs; Pete Prisco did his. And, now, Revenge of the Birds is doing our own ranking of the top 50 Cardinals players.

Presenting the 2020 edition of the Redbirds 50.

Here’s last year’s full list to refresh your memory. There’s been a lot of turnover—just about 1/3 (17) of the players on that list are no longer on the team. Some of the names are pretty funny. Remember Josh Shaw (#39)? I’m betting not many do… ZING! Robert Nkemdiche (#41)? Ricky Seals-Jones (#33)? Darius Philon (#13)? All gone and (mostly) forgotten.

There are, of course, some bigger names: Terrell Suggs (#12), D.J. Swearinger (#7), David Johnson (#4). Boy, how times have changed. None of the players absent from this year’s list will be missed.

But the more things change, the more they stay the same, as you can see from the first two players on this year’s Redbirds 50. We’ll do the first 10 today (mostly special teamers), then do the rest in batches of 10 over the next few weeks, just like last year.

But first, a few honorable mentions (in alphabetical order). These guys will all be battling for roster spots—and a chance to make next year’s Redbirds 50.

Note: In ranking the players, I put a little more weight on past performance, but I also kept each player’s 2020 outlook in mind. Thus, this list isn’t meant to be entirely reflective nor predictive, but a little bit of both, reflecting where the roster stands right now. Note that salary and relative positional depth were not considered at all. The nebulous “intangibles” were considered but were not necessarily a major factor.

Anyone else is either a UDFA or fringe depth—but who knows, perhaps there is a diamond in the rough?

2020 Outlook: Our overall special teams play backslid from #11 in DVOA in 2018 to #26 in 2019, but Brewer was steady as ever—and he holds steady at #50 on this list. Long snapper is always an underappreciated position, and we have a solid one in Brewer.

2020 Outlook: Our #49 player is also the same as last year. The second-year DE didn’t play until the second half of the season last year, and then only sparingly when he did get on the field. But Dogbe didn’t look out of place and should be part of the rotation at DE in 2020. Free agent addition Jordan Phillips figures to hold down one spot, but the depth chart is full of question marks other than him. Dogbe will have competition, but the opportunity to rise up these rankings is there for the taking.

2020 Outlook: Banjo was added to the roster in late September last season and played mostly on special teams, finishing third on the team in special teams tackles with 7. Banjo is a solid special teamer with a bit of experience as a backup safety, and he should fill both roles well for the Redbirds in 2020 on the 1-year deal he signed after last season.

2020 Outlook: Weaver was an accomplished college player who fell in the draft due to concerns about his athleticism/speed. He comes to a Cardinals team that has a suddenly crowded LB room. It’s hard to imagine him seeing the field on defense much in 2020 unless there are several injuries. But he should be able to make a mark on special teams as a rookie with the potential to move up the depth chart in 2021.

2020 Outlook: Turner also had 7 special teams tackles last season and was a consistent contributor on the coverage units. However, he only played a few snaps on defense and doesn’t seem to figure at all in the ILB rotation now or in the future. But special teamers like most of the guys on this list have value. Turner and the rest of the guys in that unit will try to improve on last year’s performance in 2020.

2020 Outlook: Vallejo didn’t actually make the regular season roster last year, spent some of the season in Washington, then came back to the desert after it didn’t work out in the nation’s capital. He mostly played special teams, but he did suit up on the defense for a bit as well before getting hurt. He also played some on defense in Cleveland in 2018. With that experience, he’d likely be the first guy to get the nod if one of our starters went down, which is why he’s ranked ahead of the rest of the similar ILBs above.

2020 Outlook: Johnson is a talented player—he put up big numbers in college and flashed potential in the preseason and the first few games of 2019—but he’s probably no better than the team’s fifth WR right now, and he’ll have plenty of challengers for the gig, including the next guy on this list, his draftmate Butler, and a host of hungry UDFAs. In fact, he’s no lock to make the roster this season. But he has a year of experience under his belt and acquitted himself relatively well for a rookie, and that can’t be discounted.

2020 Outlook: I’ll bet most Cardinals fans wouldn’t be able to come up with Sherfield’s name when asked who had the second-most special teams tackles on the team in 2019 (an arcane bit of trivia, to be sure), but he’s really coming into his own as a gunner. He also has value on offense, although that didn’t really show last season (he did catch 19 balls in 2018, though). Sherfield is just the kind of player that good teams have on the back end of their rosters, able to contribute in multiple facets of the game.

2020 Outlook: Garcia didn’t wind up playing a single down for the Redbirds last season, having started the year on the PUP list and then being behind two entrenched starters in Justin Pugh and J.R. Sweezy. But Garcia—who resigned for a 1-year deal after the season—has value as offensive line depth, having 41 starts to his name in his career. He’s good insurance in case either of our starters—both of whom have had injury issues—miss any time.

Thus concludes the first batch of players for this year’s Redbirds 50. We’ll explore more of the team’s depth in the next installment of players #31-40. Until then, feel free to weigh in in the comments. Any issues with the rankings so far? Anyone you’d expect to see lower or higher? Let’s talk Redbirds ranks in the comments.