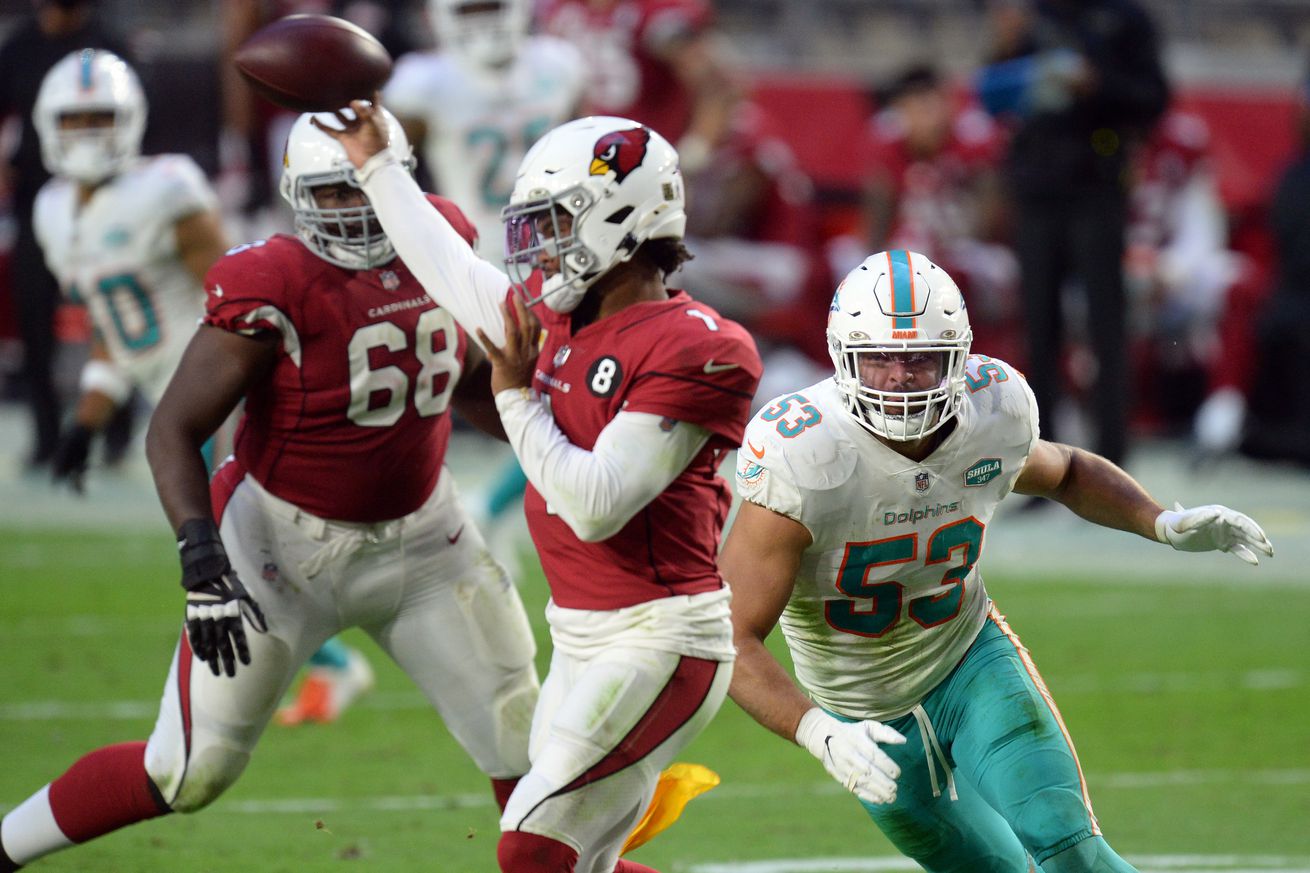 Welcome to SB Nation Reacts, a survey of fans powered by SurveyMonkey. Each week, we send 32 polls to plugged in fans from each team NFL. You can sign up HERE — it’s easy and free to join!

A close win over the Seattle Seahawks raised the confidence of the fan base slightly. A close loss to the Miami Dolphins should have the same effect.

For the Arizona Cardinals, after their loss to the Dolphins, confidence in the direction of the team did drop, but ever so slightly.

After peaking at 88% after their win over the Seahawks, fans have seen a bye week where nothing happened and confidence fell to 83%, now a loss and confidence has fallen again, but this time only to 80%.

That is about right with where the team is.

The Cardinals are a team that has some talent and looks like it is headed in the right direction, but fans are still waiting for them to put it together over an extended period of time.