One of the most intriguing positions on the Arizona Cardinals that is still in question for their future is the running back room. Despite being second in the league in rushing yards this season, it seems as if the Cardinals are still trying to find their true long-term identity at the running back position. Rookie running back Eno Benjamin has yet to play in a game this season and hopes to make an impact on special teams. Kenyan Drake is currently playing under a transition tag and is the team’s leading rusher with 641 yards. However, he could be headed to free agency after this season and that leaves the Cardinals with their third leading rusher, Chase Edmonds, who has really started to make a case for himself being their starting-caliber running back for next season. Should the Cardinals rely on Edmonds as their number one guy in their backfield for next season? He has definitely made a case for it.

Edmonds is everything the Cardinals look for in a running back and should definitely be in the conversation for the team’s top running back next season. Through week 11, he has 315 yards and a TD while averaging 4.9 yards per carry. However, through his last five games, Edmonds has averaged 6.5 yards per carry. He is also an efficient pass-catcher, something that Kenyan Drake has not been utilized as much in. Edmonds already has career high numbers in the passing game through 11 weeks, recording 297 yards and 3 touchdowns with an 85.7 catch percentage. He also has only dropped one pass this season while having a 2.4 drop rate percentage. Despite being a bit undersized, Edmonds currently has a 6.5 breakaway percentage, which is within the top ten in the NFL. Edmonds has certainly made a case for the starting job next season. Even though his stats don’t necessarily jump out, he has still put himself on the radar for having the conversation.

Edmonds does not really have the stats that jump out at you. Even though he is putting up career-high numbers this season, those are not necessarily numbers that would solidify you the starting running back job next season. Kenyan Drake is also outperforming Edmonds this season, being ranked in the top 10 currently through week 11. This could veer the Cardinals towards either drafting a running back like Clemson running back Travis Etienne in the early rounds of the draft that can come in and compete for the starting job, or addressing the running back position in free agency, whether that be extending Kenyan Drake or finding someone else on the market.  Needless to say, the running back position is one of the bigger priorities for the Cardinals to address this offseason.  If they choose to draft one, Etienne would be a perfect fit.  However, if they choose to give Edmonds a shot at the starting job, Memphis running back Kenneth Gainwell would be a nice complement to Edmonds.

Chase Edmonds has made even more of a name for himself on the Cardinals offense since being drafted by them in 2018. Even though his stats do not show how talented he really is, Edmonds very well could be in the conversation for the starting running back position next season. 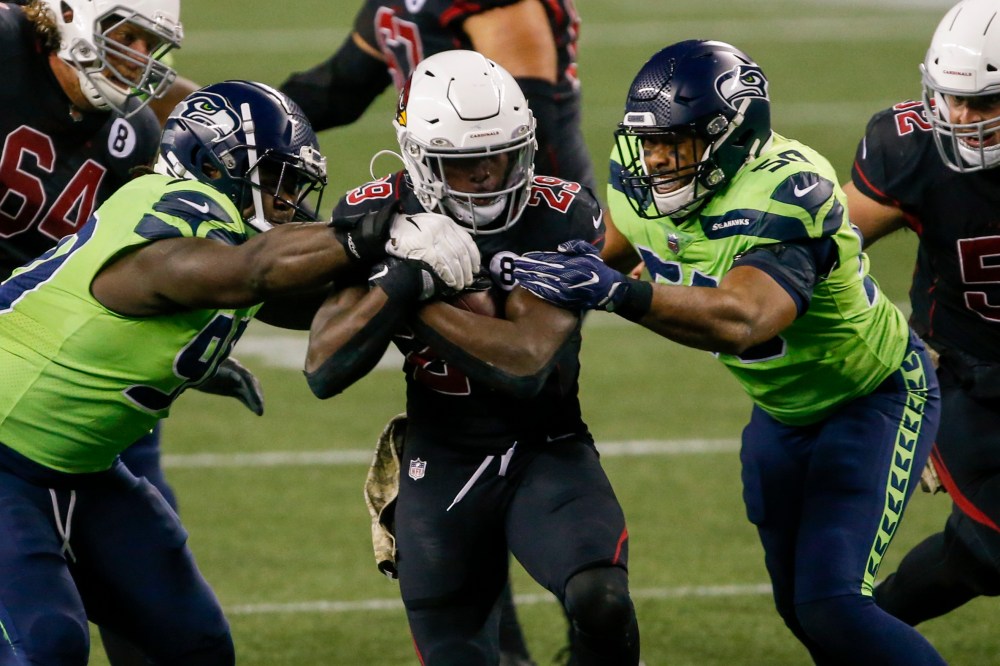