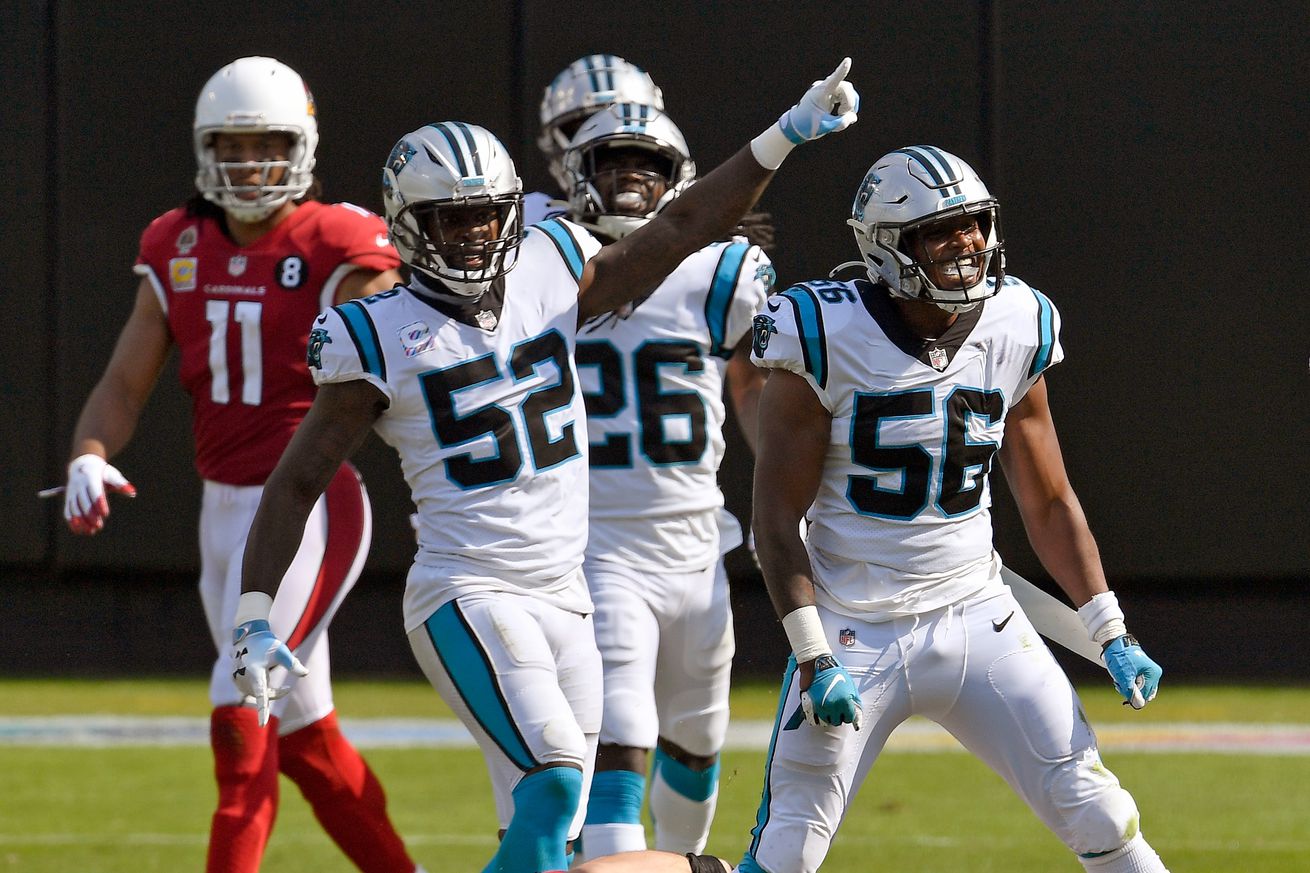 Man, what can you say?

This was going to be a “Winners and Losers” article but really there’s no winners here for the Arizona Cardinals unless your name is “Deionte Thompson” or “Jordan Thomas”.

The loser just feels like the fans who expected more from this team through 4 weeks of the season and saw a chance for redemption yesterday.

After the first two games Cardinals fans felt the sky was the limit for the team. They’d beaten the previous NFC Champions on the road and trounced the Washington Football Team and their offense still didn’t seem to be at its peak.

Then 3 interceptions and two long drives killed their chances against the Lions. But they still had a chance to go 3-1 after that wakeup call.

Instead it now looks more like some alarm bells.

There’s a lot more reason for fans to feel like the Cardinals are in a hole after they were outplayed and outcoached last week.

It means that everything SHOULD be on the table for the Cardinals.

Lose to the Adam Gase-led hapless Jets next week and you might have fans questioning if AZ should clean house before Kyler’s rookie contract is up.

The upcoming games after that against a terrible Cowboys defense (with a solid offense) and a Seahawks team on a short week….whew. Talk about season defining.

We’re a long way from 5-0. Some would argue that will help the team but there’s not much to say that they could rack off a few wins in a row without major changes.

Arizona could be 4-2 heading into a Seahawks game at home. Or at worst could be looking at a possible blowout and falling to 3-4. Big difference. (God forbid they drop a game to the Jets cause then they’re probably gonna struggle the rest of the way).

Here’s my three big takeaways so far that might surprise you as to why the Cardinals are in this spot:

A. Kliff isn’t learning at the speed necessary to develop Kyler Murray and is still missing more talent than you’d think

The Cardinals were supposed to be a high-flying offense with the likes of Kyler, Hopkins, Kirk, Fitz, Drake all pushing for impact roles. Even Dan Arnold was getting a lot of love over the summer.

Their offensive line was returning 4 starters and they got an upgrade at right tackle with Kelvin Beachum.

And so far they’re scoring 24 points a game and giving up 23.

B. Vance’s defense fell apart going from averaging only 20 points a game…to 24. The team scoring 21 means they’re currently going to lose more games than they win

What went wrong? You’d think that for the defense—they’re playing well in 3⁄4 of their games and were missing their top 3 safeties today. While Chandler Jones has been absent on the field they still have gotten pressure and sacks.

It’s been the offense that’s had the majority of the issues….until today.

It felt like their defense without Chris Banjo took a major drop and Isaiah Simmons questions aside, they showed cracks down the stretch of the old 2019 defense.

It was full-blown yesterday. Wow. Budda might be worth his weight in gold if Vance couldn’t do anything to stop Carolina…either from a talent or a coaching perspective they weren’t ready to play and Curtis Riley looked like he didn’t know anything happening on the field.

C. Kyler’s still productive…but even a casual fan can see he’s still not comfortable in the NFL nor executing at the level he should

There’s been some missed throws he’s had over the middle but he’s seemed to go from a quarterback who was able to go through progressions last year and make plays (albeit inconsistently) to one who throws to Hopkins and relies on his legs for explosive plays if the deep shots aren’t hit.

Which is interesting as it might mean that teams are playing him differently. He’s not gotten much help from Kingsbury in terms of play design in these past two games but he’s missing throws that he 100% made last year and that’s concerning.

Despite that, he’s making way more plays than he did last year and Arizona’s scoring touchdowns far more often, especially in part because of his legs and improved decisions in the redzone.

Still, the Cardinals are relying right now on their defense to put up points when instead their offense should be the one that’s dissecting defenses and part of that might have been the expectations of Murray to rise to an MVP status in his 2nd year despite this truly being his 2nd year of full season-long snaps in football (Mahomes played for 3 years as a starter not to mention Lamar Jackson and both got a season to adjust putting them both right now at least 2 full seasons ahead of Murray at this point in his career as far as snaps go).

The fact that Kyler’s accounting and producing is still valuable. He’s AVERAGING 300 yards of offense and 3 touchdowns a week with just over one interception (from a turnover perspective, he’s turning it over just under 2 times a game however given the 3 INT game).

And from where the Cardinals were under Kurt Warner? That’s great news for the team long-term. But it doesn’t help you win now with his rookie deal, unfortunately.

So, what’s to be done? I’ll give 3 opinions on what could happen with 3 different views.

None of them are the “correct” view but all are valid.

I think it’s fair and valid to have all 3 of these viewpoints as a fan.

The Cardinals aren’t perfect, and while I don’t think it’s all doom and gloom there’s certainly cause for alarm when you beat what looks to be an elite team, beat up a weak opponent and then it seems to come off the rails.

There’s no telling where Arizona can or will go, honestly, but one thing is for sure.

More days like today and fans will be having a hard time wanting to come back into those seats once things reopen.

Because in the NFL just having an electric playmaker at QB isn’t good enough. Wins have to be a part of the equation.