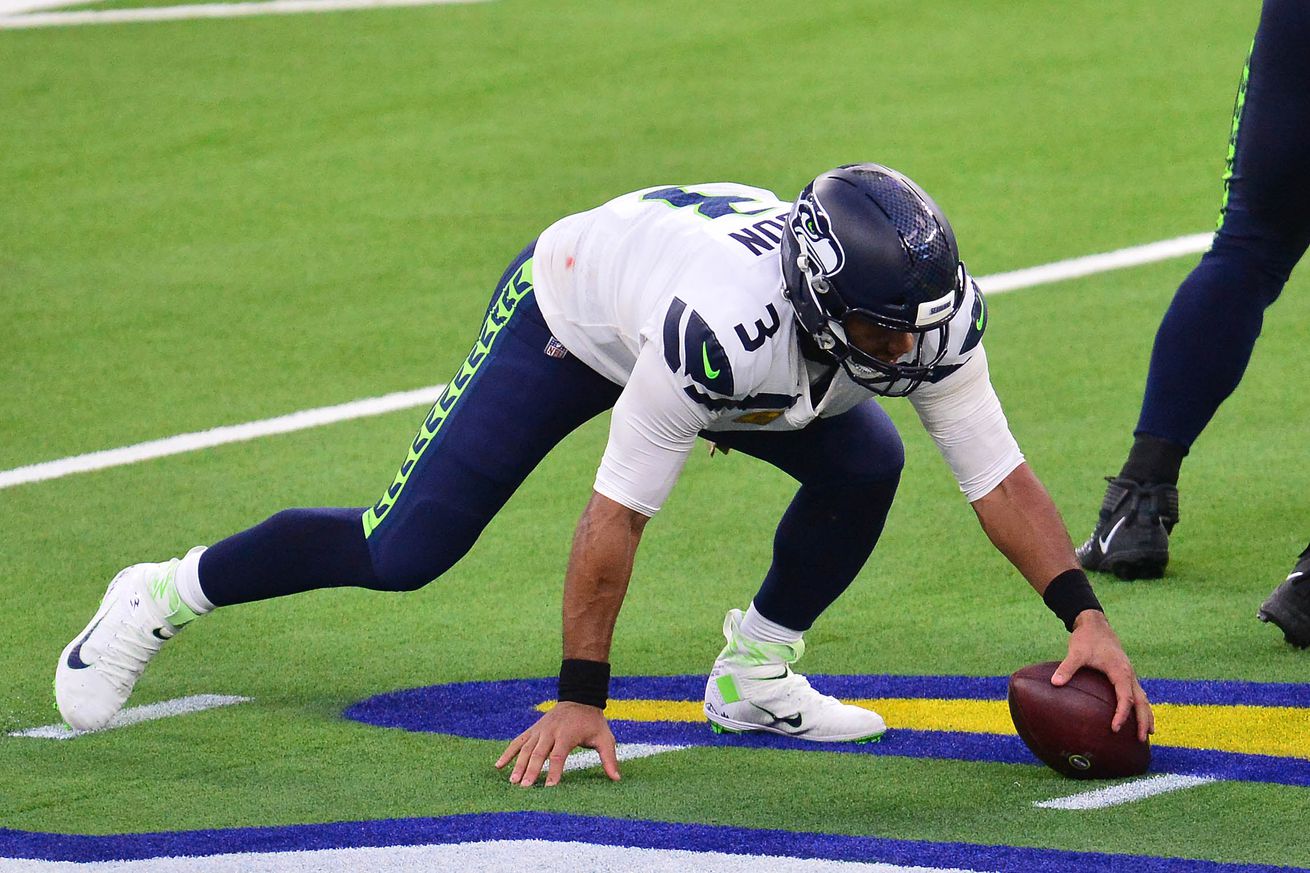 A win on Thursday Night Football would give the Cardinals a season sweep over division darling Seattle.

Russell Wilson is going to the NFL Hall of Fame.

Lets just get that out of the way before we proceed.

For the past nine years, that combination of coach and quarterback has dominated the likes of the NFC West. Sure, there have been blips on the radar…the Harbaugh led Niners with Kaepernick…the veteran desert duo of Bruce Arians and Carson Palmer…Goff and McVary are still going (somewhat) strong, and lets not forget about the potential one and done combination of boy genius Kyle Shanahan (and his .466 win percentage) and the brittle Jimmy Garoppolo.

That list alone should show you how remarkable the Seahawks staying power has been since Russell Wilson arrived in the fall of 2012.

During that span, they’ve only missed the postseason once (2017) and have never sported a losing record.

Yet as we sit here in mid November 2020, something feels off. These same Seattle Seahawks, who started the season 5-0, have dropped 3 of 4 en route to their Thursday Night Football showdown against our jumpstart Arizona Cardinals.

That unbeaten streak to begin the year was much of a mirage, as we are clearly seeing now. Overly dependent on Wilson, Seattle sports (statistically) the worst defense in all of football. That’s after dealing premium draft capital for box safety Jamal Adams, who by the way, has only played in five games this season.

Their running game is nonexistent, and while their passings attack remains elite, cracks are starting to show in the foundation.

Historically, Russell Wilson is one of the most risk averse quarterbacks in all of pro football. Yet in the past eight quarters alone, Wilson has an astounding seven total turnovers. Which proves that unless Wilson plays near perfect football, the Seattle Seahawks are a very average team.

One could push back by saying something similar about the Kyler Murray led Arizona Cardinals and you wouldn’t be wrong. Yet the difference here is that the Cardinals are still in year two of a complete rebuild following Murray’s arrival in the spring of 2019. The young quarterback is still making pennies compared to his eventual extension with the team, thus Steve Keim and company are free to secure the likes of DeAndre Hopkins among others.

This upcoming offseason could be the most active by Keim as he attempts to push the Cardinals over the top.

The Cardinals’ championship window has only just begun to open. The team is equipped with their top three draft choices intact entering 2021, and will likely have a healthy amount of cap space to play around with following the eventual release of some overpriced veterans (Robert Alford, Justin Pugh, Jordan Hicks).

On the flip side, Seattle’s roster is far too top heavy in both years played and big money contracts. At the writing of this article, Seattle is projected to have just over $19 million dollars in cap space come 2021, much of that set to go to Adams in a future extension.

On top of that, the deal to bring in Adams (as well as DT Carlos Dunlap) has cost the Seahawks the following in draft picks:

Conventional (pro-Seattle) thinking would argue that the team has been so lackluster in drafting and developing personnel, why no just go heavy on star players?

Well, for starters, you have to secure the right kind of stars.

What made Kam Chancellor great was his willingness to be consistently physical, something that Adams has yet to prove during the start of his NFL career. He was also supported by an elite secondary that fielded the likes of Earl Thomas and Richard Sherman.

In the 2020 Seahawk secondary, it’s Adams and only Adams who has the ability to impact games (much of that coming near the LOS).

Combine that with the fact that any Adams extension will likely limit Seattle’s ability to secure necessary depth, which means you’re looking at much of the same defensive issues entering 2021.

This is a injury prone, box safety with limited coverage skills and because of what they surrendered, Seattle has no choice but to pay him big money.

Pete Carroll’s ability to orchestrate elite defenses in Seattle has come to an abrupt halt. There are whispers around the NFL that his scheme is suddenly outdated and his eye for personnel is not what it once was. Remember when Seattle secured so many elite defenders late in the draft? That was, in part, because of Pete’s ability to recognize quality collegiate talent that he attempted to recruit while at the University of Southern Cal.

That advantage is long gone and it’s evident when you look at the recent draft classes for the Seattle Seahawks.

Which brings me back to my original point as we head into this division battle on Thursday night. The Cardinals and the Seahawks mirror each other in so many facets, yet it’s becoming abundantly obvious that one franchise is trending up with the other on the brink of constant medicority.

I’m not naive to the notion that as long as the Seahawks have Russell Wilson, they’ll always be somewhat competitive. He’s earned that designation because he is that great of a player.

But in a COVID-19 reality in which the majority of NFL stadiums can’t welcome large amounts of fans, Seattle has already lost it’s “12th man”. Their home field advantage, which was such a weapon for Carroll and company, has been completely neutered and there’s no telling when it will return.

On the flip side, the Cardinals aren’t overly reliant on State Farm Stadium which often houses a large amount of opposing fans. No matter, as Murray and company remain just as competitive on the road which is a positive trend for this young team.

They can play anywhere. They can win anywhere.

An Arizona win Thursday night would mark the third consecutive victory over rival Seattle. It would be done, once again, on the national stage which is a platform that has been historically dominated by the Carroll led Seahawks.

If Kyler Murray and Kliff Kingsbury can come out victorious, it would mark not only a big step in securing a 2020 playoff birth, but a potential changing of the guard in a division that has long been ruled by the “other birds” in the NFC West.