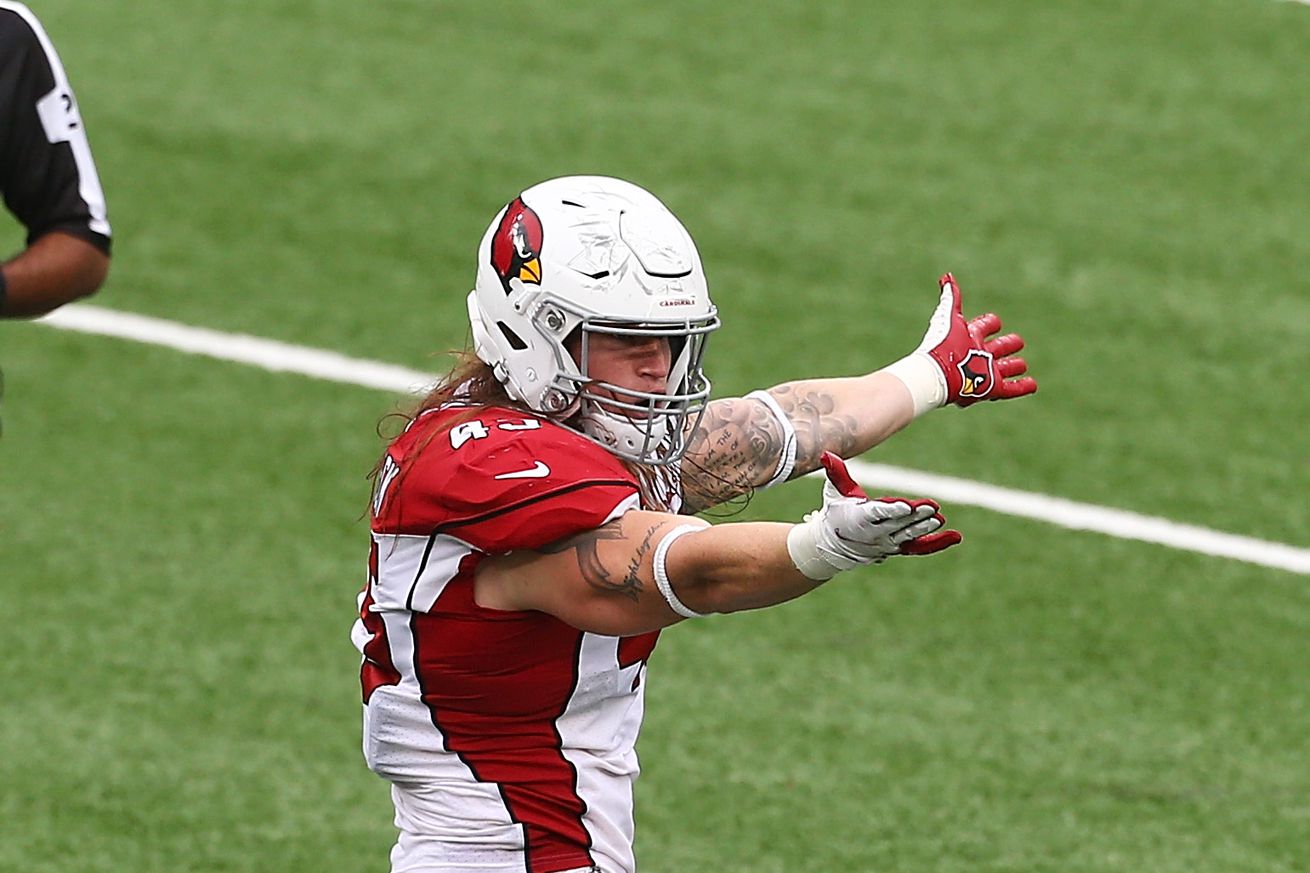 I called this the easiest game left on the schedule. (I know, I’m practically Sherlock Holmes.) It got easier with a backup quarterback taking the reins of a banged up offense, and for some reason the power that be did us the favor of keeping Adam Gase around.

Yes, the Cardinals can go off on the worst team in the league. I’m sure some of you are already taking umbrage with me – A win is a win, Robert! Some people will never be happy!

Well, sure. This is something to build off of. And some upcoming matchups don’t quite seem as daunting as they did before this week – still, there wasn’t much done to alleviate concerns that had been building, and we even have a whole new set of concerns to add to that. Let’s get into it.

Despite a big win, the team didn’t escape from New York unscathed. At the time of this writing it isn’t confirmed – but after suffering a biceps injury, the Cardinals fine themselves without their best defender in Chandler Jones.

Yes, he was having a very disappointing start to the season. But given his sterling track record, it was only a matter of time before the All-Pro edge rusher woke up.

Now the team is down it’s second best player as they head into a five game stretch were they’ll be facing two of the front runners for MVP. Uh, three if you want to count Wilson twice.

CAN DENNIS GARDECK FILL THE VOID?

It’s not all bad news! With the loss of Chandler Jones, another linebacker was able to step in for the game of their life. Was it first round pick Haasan Reddick? Nope. Maybe Keim’s other first round pick, Isaiah Simmons? Nope.

And then puts the nail in the coffin for the Jets final drive, walking the RT back into Flacco for sack #2. (While getting tackled by said RT) pic.twitter.com/vb8OHKZ2Hh

I don’t consider myself a fan of drawing narrative parallels. Too often they’re just that – parallels. But I’m reminded of a former Cardinal that was aces on special teams and later blossomed into a threat off the edge. Unfortunately, that came after his departure from Arizona. Huuuge grain of salt here… but damn, it sure would be great if Gardeck keeps this up, wouldn’t it?

The Fordham running back showed big in limited work as a runner, putting the Cardinals up early with the first score of the afternoon.

It’s hard to argue Edmonds doesn’t deserve more work, some would say even more than the $8.5m starter Kenyan Drake. Especially when you see a 3.3 YPC from Drake vs. a whopping 12 YPC from your RB2.

Typically, you don’t see backup running backs maintain this type of efficiency with more snaps. Especially numbers like Edmonds put up today. PFF currently has Drake and Edmonds graded out at 69.7 and 60 as runners, respectively. I have my doubts that an increased share of the workload is the answer here. The startling tackles are middling in terms of run blocking, and both guards poorly in that respect as well. Both Mason Cole and Lamont Gaillard have bottom three (!!!) run blocking grades among centers.

The front office put the cart before the horse. This is what you get. While the potential return of a healthy Maxx Williams would be a boost to the running game, one tight end can only make up so much for a suspect front five.

CORNERBACK IS A STARTLING WEAKNESS… and it might get worse

You wouldn’t know it from today with only Jamison Crowder doing damage, but all three of the starting corners are among the worst in the league in terms of coverage grades. Byron Murphy is the best of the bunch with an overall 52.5 PFF grade that ranks at 78th (!!!) among cornerbacks. Suffice it to say… that’s not good.

Peterson and Kirkpatrick’s contracts are up at the end of the year and it’s hard to see them coming back. Murphy isn’t quite looking like the steal some hoped he’d be… at this point you just hope for him to develop into a starting caliber corner. But it’s hard to say he’ll be the guy going forward. The upcoming free agency class doesn’t look to provide many long term answers either.

It’s frustrating to see one of the most important position groups on the team be such a liability with no solid answers for the future in sight.

Is it too early to pencil in a corner in round 1 of the draft?

Let’s hear it ya’ll. Did I miss anything? What’d you learn from this week?