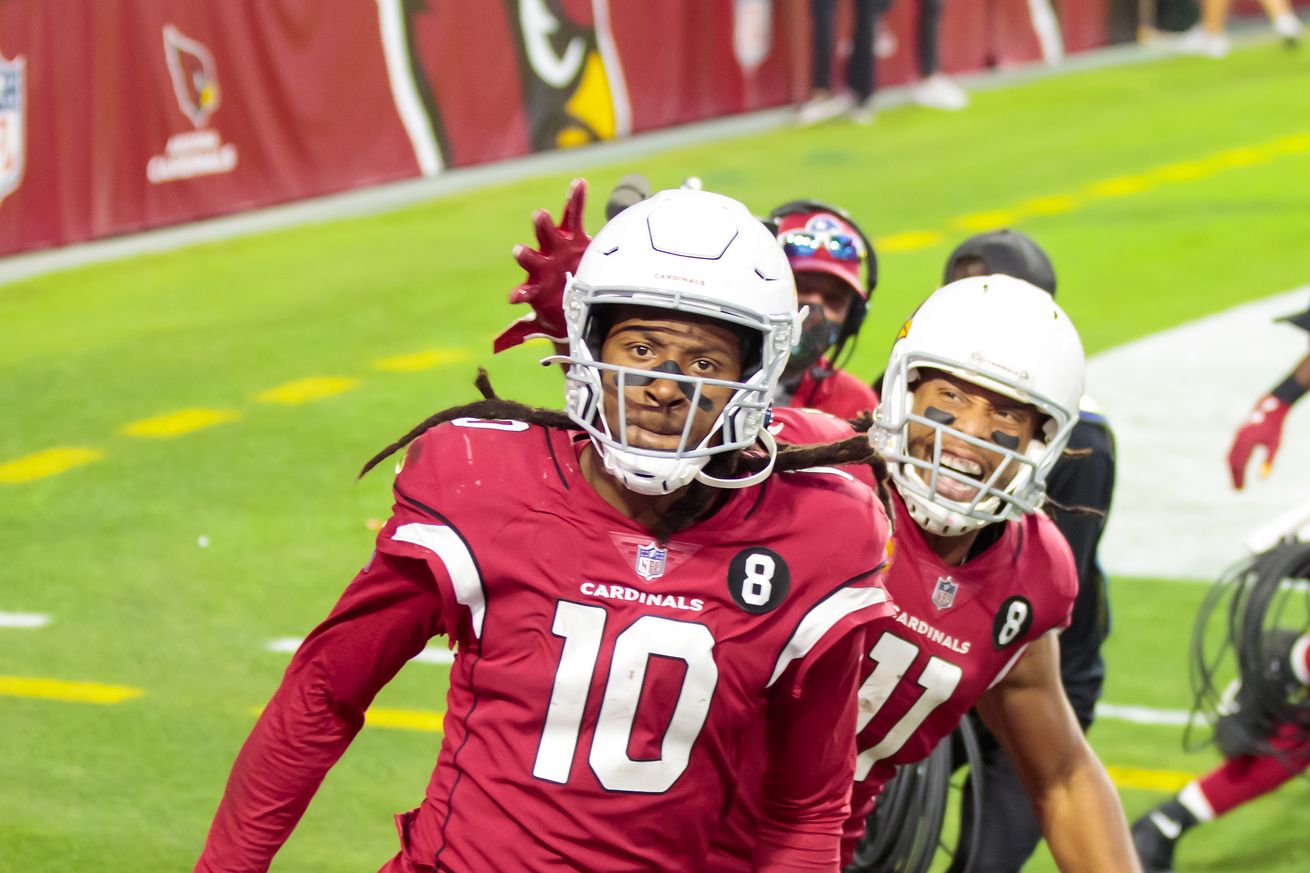 It was a rough, rough start. In fact, I was beginning to question why I ever let myself get excited for this game. But as the game wore on we were treated to what was maybe one of the best catches in NFL history? I hope you’ll forgive my hyperbole. Anyway, let’s get into it.

Buffalo’s defense came into yesterday’s game 27th in rushing yards and 22nd in rush DVOA, and Kingsbury exploited that. Despite a few mishaps, Drake put together an efficient 100 yards on the ground over 16 carries in his return. Edmonds was even more efficient, putting together 56 yards on half as many carries.

Kyler Murray, was of course, Kyler Murray. Adding 61 of his own to the rushing tally in addition to the only two rushing scores.

Slowing down, but still winning Ugly:

After two weeks of high end offensive gameplay, the offense came back down to earth a little. The line was giving way to pressure and Murray was not as sharp as he had been of late. Still of huge concern, the team continues to be plagued by sloppy play and penalties on both sides of the ball. Regardless, it’s nice to see the team gut it out and proverbially snatch victory from those infamous jaws we’ve too often been on the wrong side of.

It probably feels a little weird for some to think about. After all, it would be easy for your more-informed-type-of-fan to brush off the glory WR’s get. Fantasy points are great and all, or whatever they say.

But passing is king in the NFL. (Yes, I’m aware of the irony given the rushing performance.) Just take a look at what DeAndre Hopkins and Stefon Diggs have done to transform their offenses and elevate the young quarterbacks they work with.

Unfortunately, despite what Hopkins does to set the table for the offense this week, the unit still lacks the firepower to consistently take advantage of that.

Let’s hope the right people take note were the analytics are trending and add the necessary pieces to the offense to take the next step.