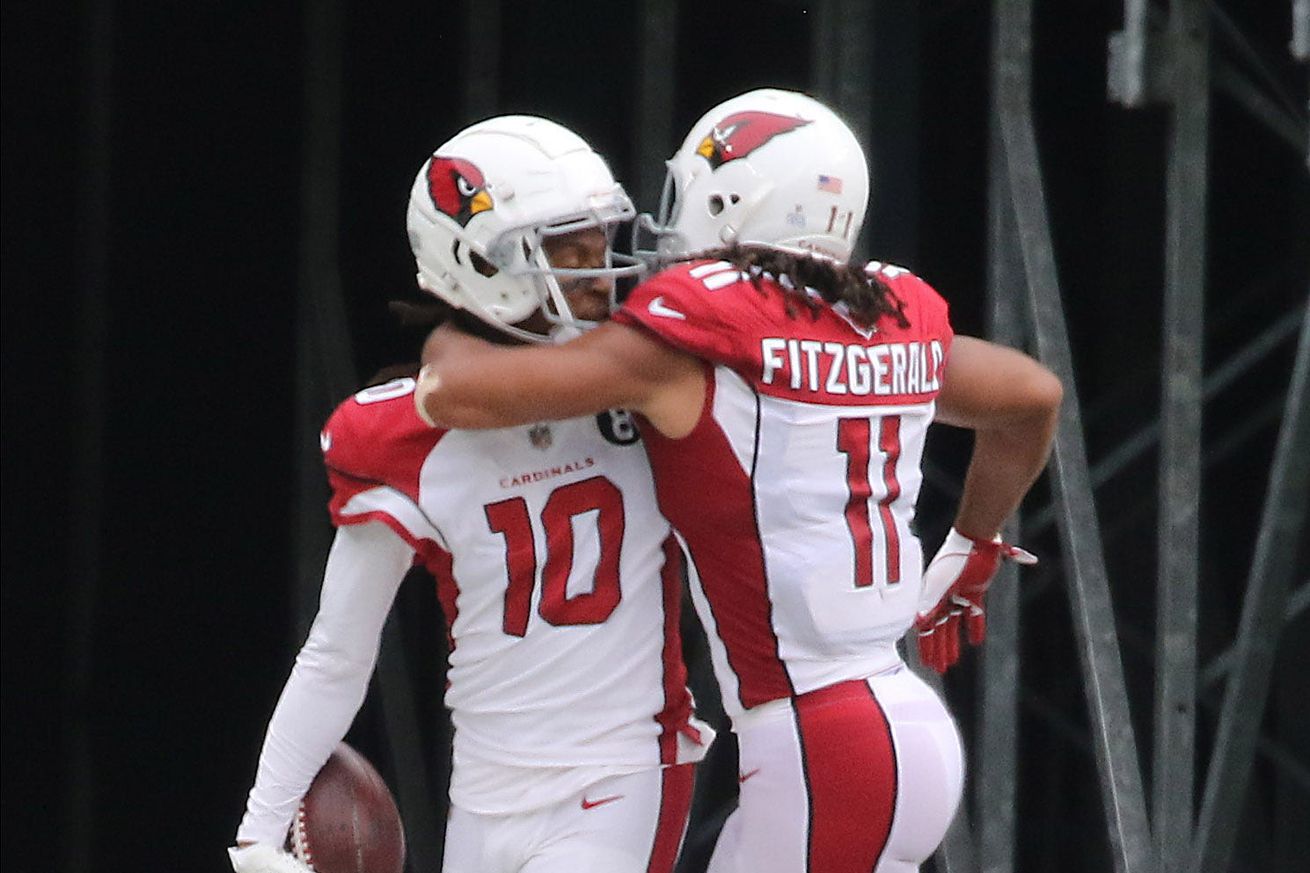 Who were the winners and who were the losers in AZ’s victory against the hapless Jets yesterday?

With the Cardinals getting their offense and defense predictably back on track against the New York Jets, there were more winners than just the Cardinals in yesterday’s 30-10 game that saw Arizona pull away in the end.

Who won the day and who lost?

Deandre Hopkins had been having a quiet day overall with 4 catches for 49 yards.

Then on AZ’s last scoring drive of the day….he went OFF.

First it was a 45 yard bomb from Murray in single coverage and then it was a perfectly placed spot for a touchdown in the hole between the corner and safety for 37 yards. Suddenly he had 131 yards and a touchdown. Murray might finally have found something with his receiver who’s mostly been an intermediate guy the first 4 weeks of the season.

Let’s hope so as Arizona adding a deep threat to Kirk and Isabella in Hopkins would strike fear into opposing defenses, alright.

If you thought your 2020 was bad, Chandler Jones left the field and is likely done for the year with a biceps injury and his replacement DOUBLED his number of sacks for the year in ONE game.

Jones has looked like a shell of himself to start the year, getting pressures but little sack production and this has been the 2nd or 3rd week in a row that he’s played a backup tackle and just seems to have dropped off a cliff.

His impact isn’t replaceable when he’s right but many Cardinals fans didn’t even notice him being gone in this game and I hope he takes the offseason to get healthy and right coming into a contract year. He probably needed this break, sadly.

I asked the question during the game after seeing the east-west running of Kenyan Drake (who got it late) after seeing Chase Edmonds score yet ANOTHER touchdown at MetLife just a few hours away from Fordham, where he went to school:

The answer? He’s probably the more talented back, yes.

Does that means he needs to get the bulk of the carries? Maybe not. His role seems set and he’s not a power back.

But he’s effective for sure:

Chase seems to be the “not a bellcow but more talented than your backup RB” category and that’s a good thing to have.

Unlike Edmonds, Drake averaged only 3.3 yards per carry and…looked both slow and indecisive. He often tried to break runs outside or avoided the middle of the field until his final drive.

That TD saved him and hopefully fixed him as well.

He got 18 full carries but didn’t even come close to 100 yards and…maybe Eno Benjamin could grab some carries next week cause Arizona needed more up the middle from their $8 million dollar man. Fortunately, they avoided the long-term deal with him as far as the future is concerned.

After going 0-2 and coming off of 4 interceptions in the past 2 weeks, this was a needed win for Murray. He got off to a clunky start, pressing a bit and even had a pass batted for an INT.

And then he went and finished strong to the point that there was no doubt, including some big plays to put the Jets away after the closed to within a touchdown. You love to see it.

Murray spread the ball around and was an effective runner to boot, and seemed to finally get into a rhythm later in the ame.

Loser: The Cardinals’ upcoming QB (for the 2nd week in a row!)

The man who effectively has carried the Cowboys the last few years was playing on a rookie deal until this year where he was franchise tagged and suffered a cruel ankle injury that will just about end his season.

They’re Arizona’s next opponent, and this comes a week after Sam Darnold suffered an injury that forced Joe Flacco into action.

So AZ will face the Cowboys’ backup Andy Dalton next week and are already -2.5 favorites on the road. Fortunately for the Seahawks, Russell Wilson has a bye next week so no injuries are to be had to make it a 3rd time in a row.

The UDFA who was a special teams’ star moved from ILB to OLB this offseason and got his first taste of extended action with Chandler Jones out.

This tells you how it went.

No one deserves it more. Game ball goes to @DGardeck.#VictorySpeech x #RedSea pic.twitter.com/m3Xr6ZyJwm

Way to make the most of the opportunity, “Gardeck the Barbarian”!

Kenyan Drake had a less than effective game, and poor Chandler Jones had only 1 tackle before he suffered a season-ending injury.

Patrick Peterson played fine, but with how Jamison Crowder was really the Jets’ only threat there wasn’t much to judge him on as he didn’t get too involved.

The best thing honestly was how Budda Baker without a thumb led the team in tackles….again. (Man he’s been amazing) and Fitzgerald had his usual day and a NICE snag on a Murray pass.

As for Chandler…Fans were already making note of the fact that Gardeck exceeded Jones’ stats in just a couple of series. Hopefully he recovers well.

All in all, it wouldn’t be shocking to see Arizona move on from most of the above-mentioned stars outside of Jones at the end of the season despite them being some of the best Cardinals in recent memory at their position (Yes, even Drake) and best known, too. But that’s just the shelf life of the NFL.