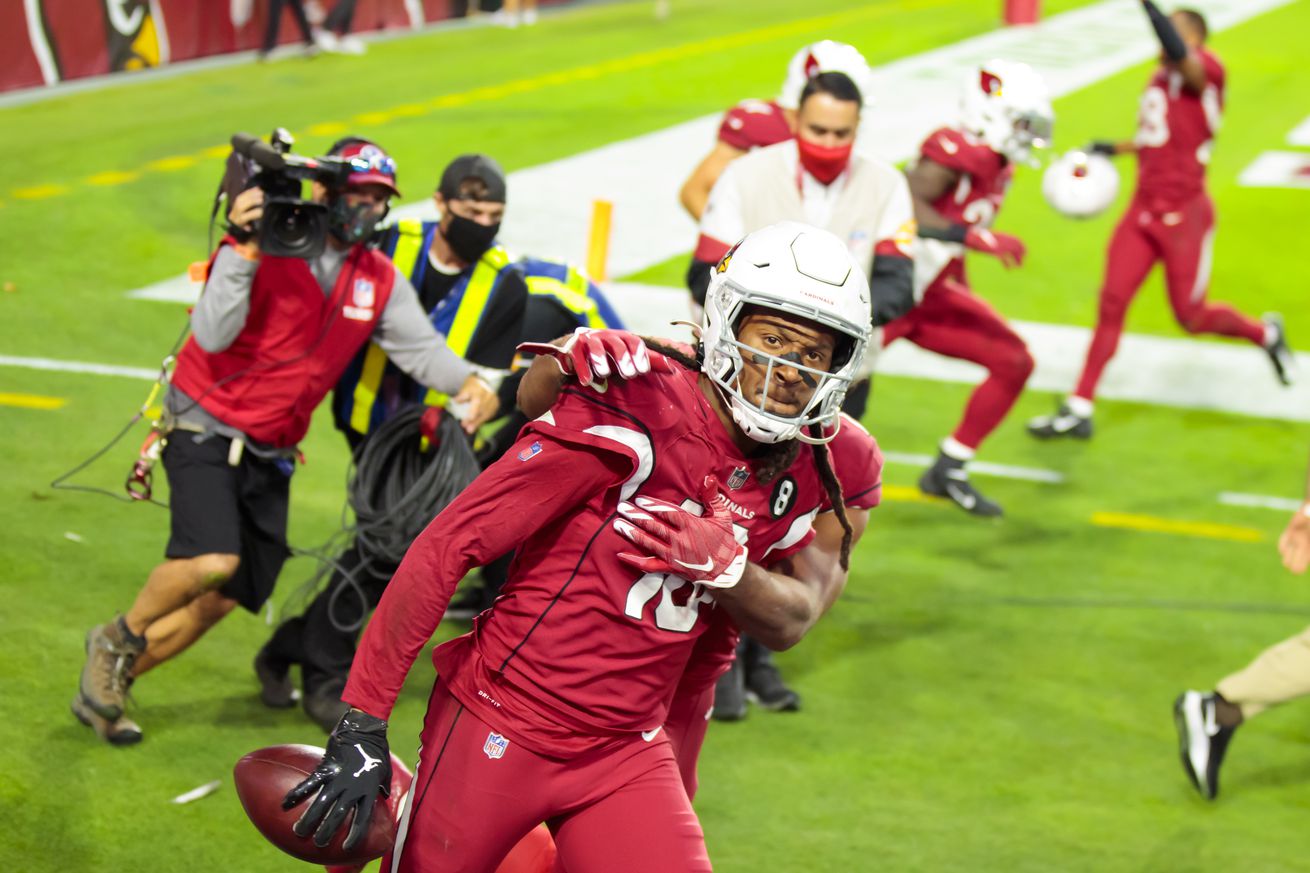 There were ups and downs and while the #HailMurray stands out, who else won and lost on the day?

The Cards knock off the Bills in a stunning fashion, 32-30, on a Hail Mary that, well, let’ be real, has probably been watched by the NFL world and by Arizona Cardinals fans to death.

Obviously, there’s no contest in that Hopkins and the Cards SHOULD be the biggest winner of this game.

I didn’t wanna make it an “honorable mention” nor felt it was critical enough to slide in with everything else, so I’m setting it apart here.

What were some of the other winners and losers? Glad you asked. Let’s start with another obvious one…

I dunno if I can say anymore except for how spoiled we are as Cardinals fans to not only have him as the team’s QB but to be able to watch greatness seemingly in the making week in and week out.

I dunno if there’s a single other young QB in the NFL (like, under 30) you’d take over Murray besides Patrick Mahomes.

Heck, I’m sure of it. There isn’t one, period. Heck, you’d take him over probably the majority of them, which is insane given that he started the year probably in the top 5 as far as QB’s you’d want to have for the long haul. Now? He’s bumped up into the top 3, maybe even top 2 at the end of the day.

Wild. And the best, for all we know, might still be yet to come.

The Cardinals were down to three healthy defensive linemen in the end, part of that due to the fact that their captain up front in Peters went down with an injury and it “didn’t look good”. He’s a FA soon and the guy has been a stalwart presence for the Cardinals since 2016 after returning from an ACL injury.

Here’s hoping he is able to return, but I’d be worried that it might be the last time we see him in Cardinal red.

After all, his deal is up at the end of this season.

That Stefon Diggs trade looked pretty dang good for the Bills with about 40 seconds left in the game, huh?

Then Deandre Hopkins took that “Diggs is the best receiver in the game” stuff personally and went off. It’s still stunning that it only cost a 2nd, 4th and David Johnson to get him in his prime to Arizona and under contract until at least 2025, if not longer.

Hats off to Keim for the deal and not giving up a first, but the Bills’ GM Brandon Beane essentially snagged a veteran and Diggs is right now the statistical leader in the NFL so….he’s not been too shabby of a deal maker either. Hats off to both GM’s.

Ohhhhh Kliff. A wasted timeout from a bad defensive setup that might have been helpful and then a late game pair of drives without running the football…if Arizona had indeed lost the day, he would have been the goat for the 3rd week in a row.

Kliff the OC has been dynamic.

Kliff the head coach….less than optimal in the crunch time, honestly.

Fortunately he has a GOAT (nickname wise with the Hail Murray, at least) at QB who helped cover mistakes, but if Kliff is going to keep making these sort of bizarrely aggressive or conservative choices, it’ll eventually catch up to the team.

Drake was set to be a loser after coughing a fumble up, but turned out to rush for over 100 yards, with some nice gains and redeemed himself after his early fumble.

For a guy who many thought would be out for the year after an injury against Seattle, the fact that he was ripping off huge chunks was a pleasant surprise, and he drew a lot of attention from the Bills.

The dude is getting to prove himself this year in a situation where hope had seemed lost and it was good to see Kliff trust him & Kenyan reward said trust after the fumble.

Buffalo ran 18 times for 73 yards. Josh Allen led them in rushing with 9 carries for only 38 yards…Moss had 7 carries for 20 yards and Singletary rushed 4 times for 15.

Bills didn’t even attempt to “establish the run” and simply threw the ball and maybe it should be surprising given the weapons they had, but it was definitely a counterpart to Arizona going over 200 yards in the game, for sure.

Winner: The city of Buffalo for this incredible effort this week:

Josh Allen’s grandmother died this week and the city of Buffalo stepped up in an incredible way in response.

Although it was a heartbreaking loss, be proud #Billsmafia In ONE WEEK you raised $650,000 in honor of Patricia Allen which will make such an impact on the care we provide to the kids and families here. Our community & hospital are a better place thanks to you @JoshAllenQB pic.twitter.com/1htO3SyTET

This is reminiscent of the unification that Bills fans showed when Andy Dalton knocked off the Ravens, sending the Tyrod Taylor led Bills to the playoffs for the first time in over a decade, and they responded in kind by donating thousands to Dalton’s own charity and gave him a standing applause when he, as the opponent no less, returned to Buffalo for a game:

A standing ovation they’ve been waiting eight months to give.

Loser: Also Buffalo after Allen & the Bills did all they could.

Given the above…it stinks that someone had to lose and it would be in such a dramatic & terrible fashion when the game seemed locked up.

Classy city and tough break for them today, so here’s to you, Bills Mafia for doing some good this week.

Now, it’s onto Seattle. See y’all in some 96 hours and hope your heart has recovered enough.