The Arizona Cardinals picked up a big 38-13 win over the Tennessee Titans in Week 1. The performances of quarterback Kyler Murray and linebacker Chandler Jones were the big stories. Murray had four touchdown passes and a rushing touchdown, while Jones had five sacks.

Both should be the conference players of the week when the awards are announced later this week.

However, receiver Christian Kirk had a fine game and, according to Touchdown Wire’s Doug Farrar, he was one of the “secret superstars” of Week 1.

The Cardinals selected Kirk out of Texas A&M in the second round of the 2018 draft, and while he hasn’t been a bust, he’s been relatively hidden in multiple iterations of Arizona’s offenses — mostly as a slot guy, and never with more than 68 catches, 709 yards, or six touchdowns in any of his four previous NFL seasons. But against the Titans on Sunday, Kirk got one third of the way to his 2019 touchdown total with two of them, part of his five-catch, five-target, 70-yard day. This 26-yarder in the third quarter was the clear highlight.

This is art. Kyler drops it in a bucket and the ability to locate and track the football by Christian Kirk is beautiful.
pic.twitter.com/nE45jP6A8L

Head coach Kliff Kingsbury showed more interesting looks in the passing game against the Titans than he did through most of the 2020 season, and Kirk seems primed to benefit.

No one in the Cardinals organization has ever doubted Kirk’s talent. His issue has been durability and also consistency. Coming out of college, he was viewed as someone who would thrive in the slot. He rarely played there before this year.

The seeming retirement of Larry Fitzgerald opened that position up and he is now thriving early.

DeAndre Hopkins will always get big numbers. There is a ton of attention on A.J. Green on the outside.

Kirk should have his best year as a result. This should be just the first of many very good performances.

Takeaways from the Cardinals’ 38-13 win over the Titans 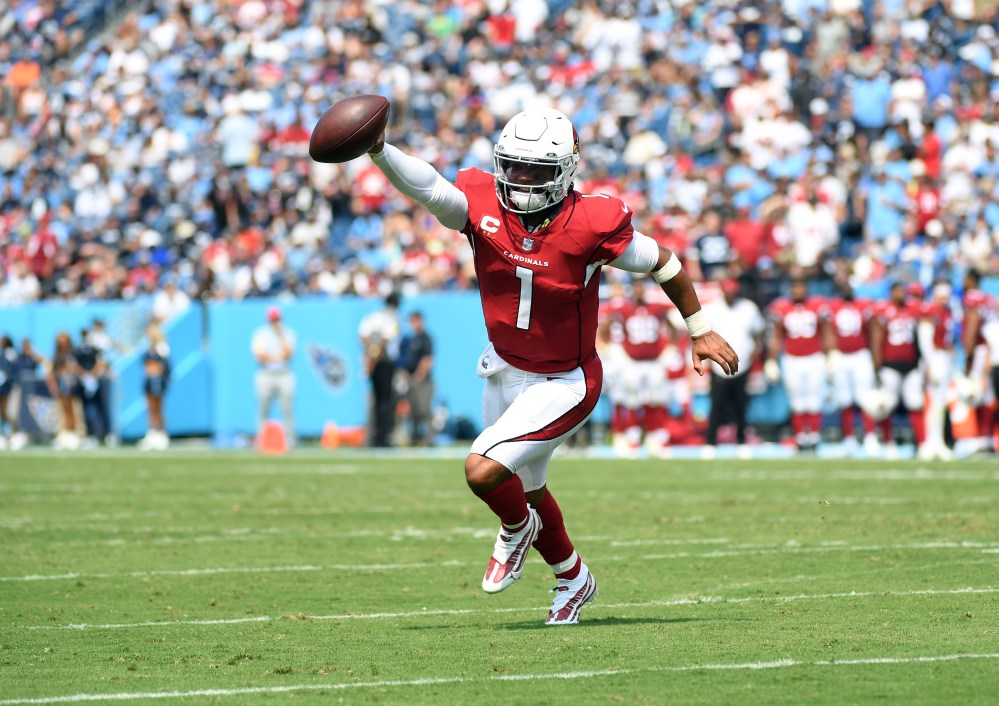