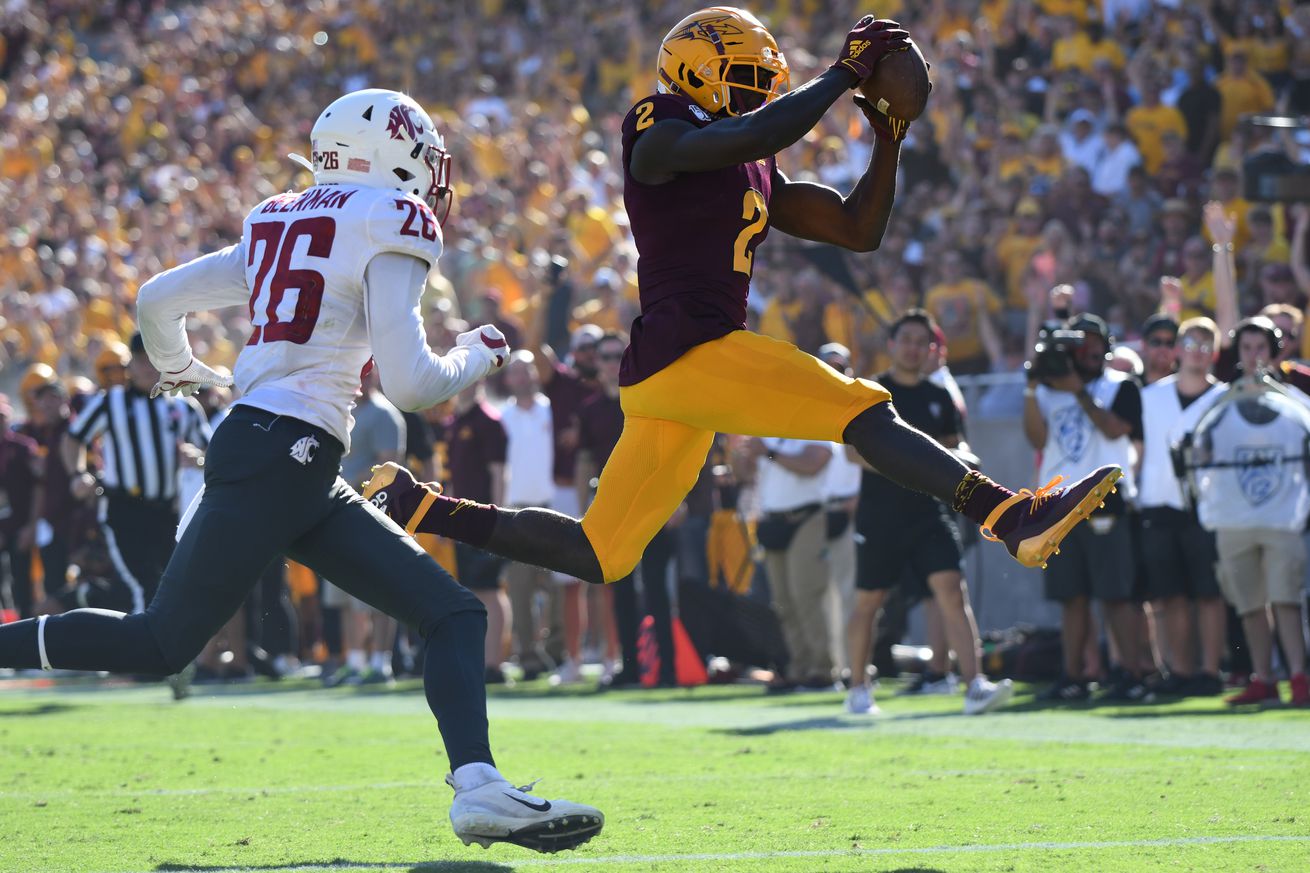 In a contest with 1,030 yards of offense, Arizona State pulled out on top after quarterback Jayden Daniels led a 75-yard game-winning drive in the fourth quarter. Daniels flipped into the end zone on a 17-yard run to give the Sun Devils the lead with 34 seconds left.

Daniels finished the game throwing 363 yards and three touchdowns. Wide receiver Brandon Aiyuk caught all three touchdowns and racked up 196 yards. Aiyuk took a slant 86 yards before halftime to help get the 10-point deficit to three before Cristian Zendejas tied it heading into half.

Eno Benjamin also had himself a game. His 32-yard touchdown run on fourth-and-1 in the third quarter helped turned the tide. He finished the game with 137 yards.