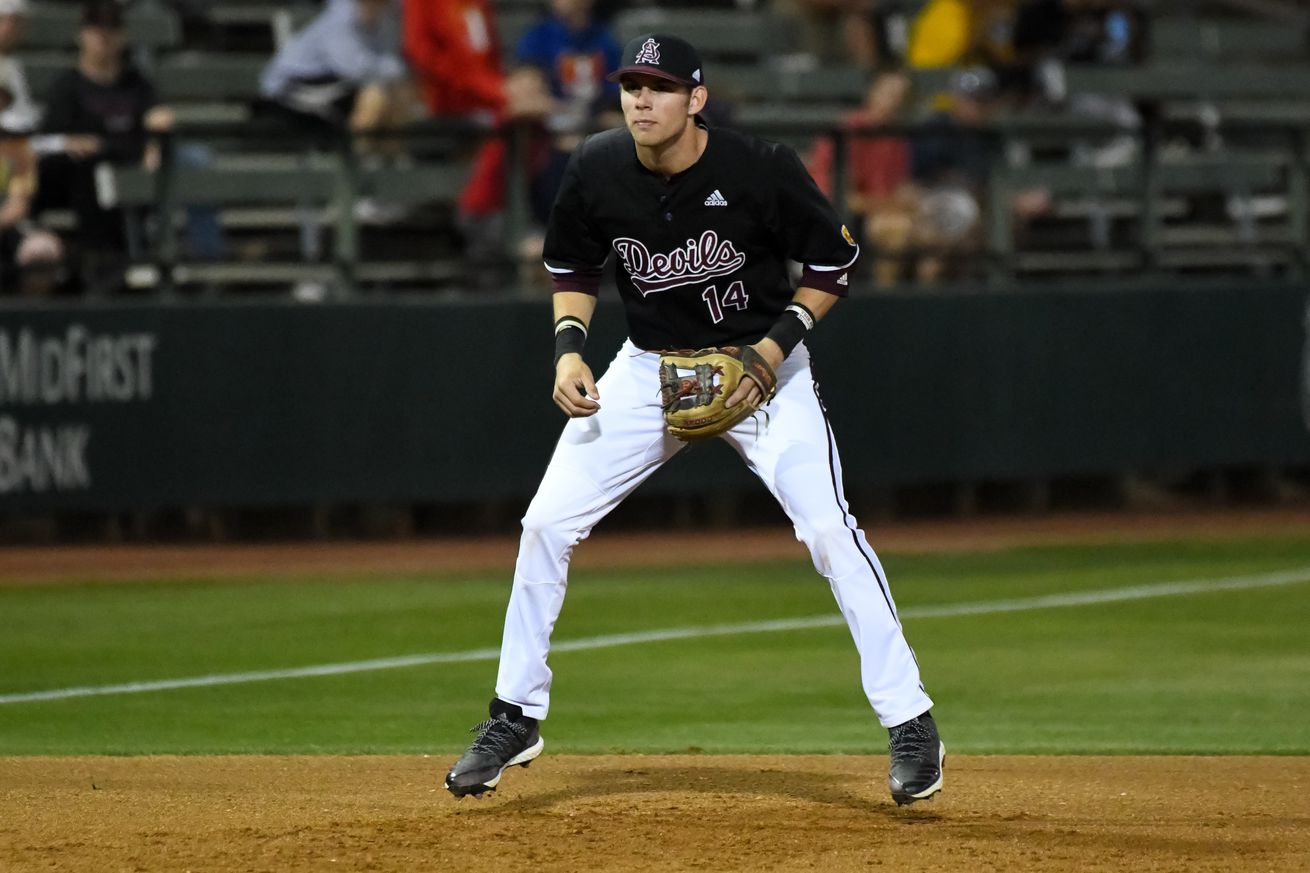 Arizona State third baseman Gage Workman has been taken in the fourth round (102nd overall) by the Detroit Tigers. He is the fourth Sun Devil player taken in the draft thus far, and he joins fellow teammate and No. 1 overall pick Spencer Torkelson in the Detroit organization.

Coming in as a part of a loaded 2018 freshman class, Workman has held down the hot corner at third base for the past few seasons with ASU.

In his freshman campaign, Workman started 48 games, hitting .276 with three home runs and 25 RBI’s. As a sophomore, he ramped those totals up by racking up a .330 average with a career-high eight home runs and 42 RBI’s.

In particular, he came on at the end of the year, accumulating 12 multi-hit efforts in the final 26 games of the season.

He also had success defensively, making only three errors in 80 chances during Pac-12 play. Workman was a Pac-12 Defensive Honorable Mention at the end of the season.

A local product out of Basha High School, Workman has been a pivotal part of the ASU lineup, helping to back up back-to-back top-10 draft picks in Torkelson and Hunter Bishop.

In 2017, he was taken in the 14th round by the Milwaukee Brewers, but he has now moved up and is ready to head on to the next level with the Tigers. And it looks as if a couple Sun Devils could be faces of the future in the Motor City.