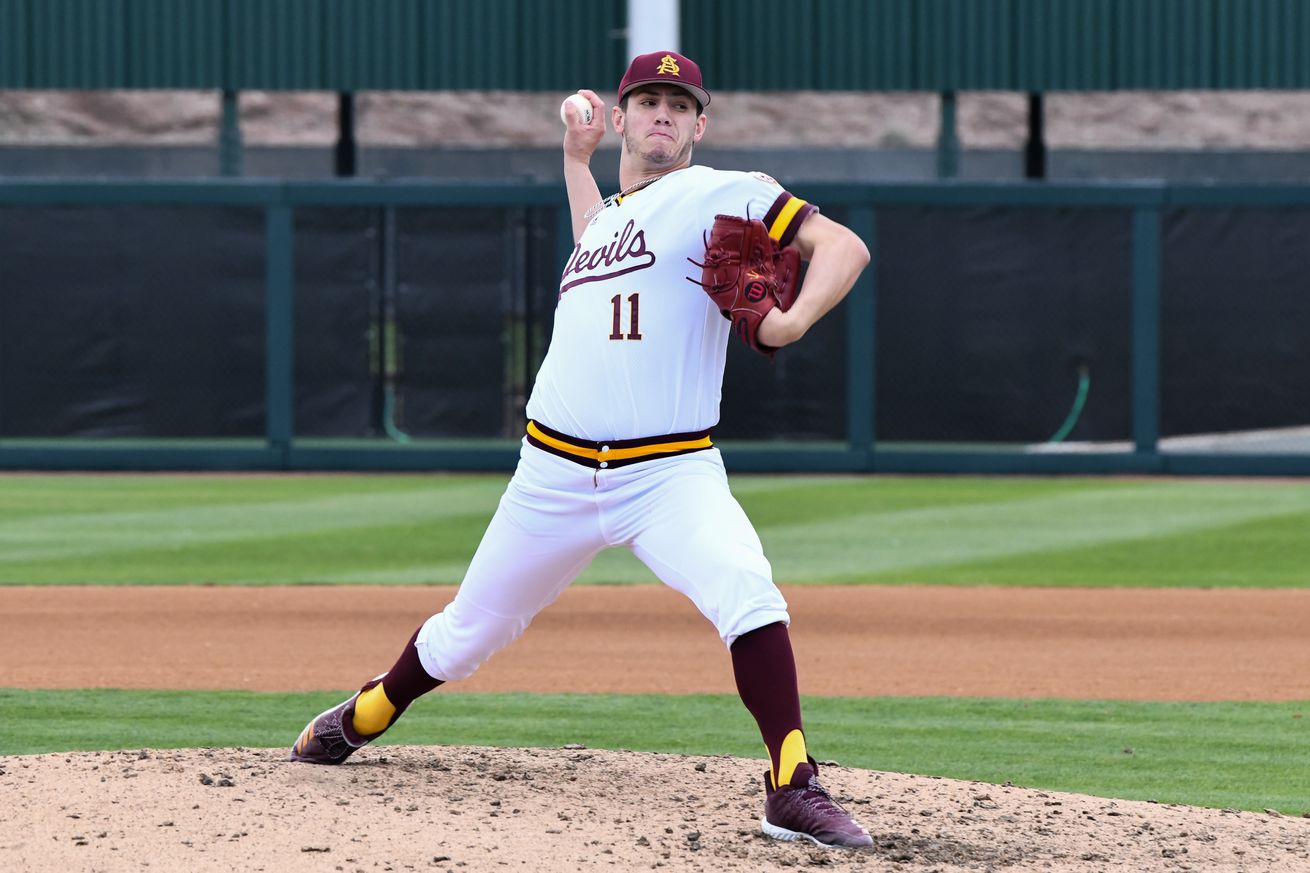 Closer moving on up

Arizona State right-handed pitcher RJ Dabovich has been taken in the fourth round (114th overall) by the San Francisco Giants.

A pivotal arm on the ASU pitching staff for the past two years, the 6-foot-3 right-hander nicknamed, “Dabo”, has been the epitome of a pitcher who is always ready to step on the mound whenever his name is called.

After working as a starter during a few games in 2019, Dabovich slid back to the bullpen and seemed to always have his name called when coach Tracy Smith needed some crucial outs.

This past season, he was the Sun Devils closer, tallying four saves in nine appearances with a 0.77 ERA and 17 strikeouts in 11.2 innings pitched. His arsenal includes a high octane fastball that runs in the mid-to-high 90’s with a sharp breaking ball and a changeup as well.

Dabovich came to ASU from junior college after transferring from Central Arizona. After his second year at the JuCo in 2018, he was selected in the 18th round by the Kansas City Royals. However, instead of going pro, he elected to play collegiately with the Sun Devils.

Last year, he held a 7-1 record with a 4.75 ERA and 47 strikeouts in 53 innings. He’s been an integral part of the Sun Devil pitching staff for the last two years, and now he’ll have his opportunity at the next level while being reunited in the Giants organization with fellow Sun Devil teammates Hunter Bishop and Carter Aldrete.