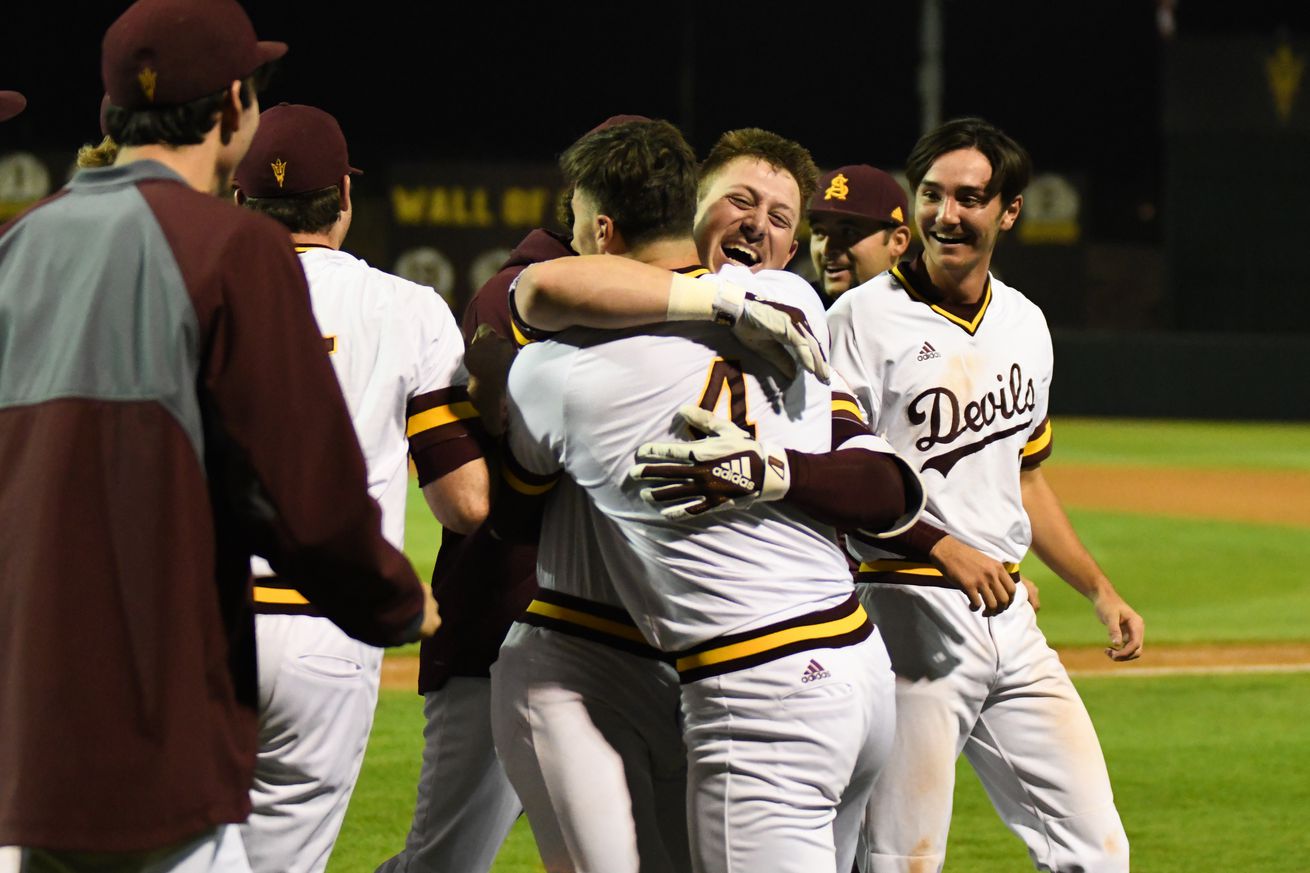 Top pick for the Sun Devils

For the fourth time ever in the history of the MLB Draft, an Arizona State Sun Devil went first overall. After being selected first by the Detroit Tigers in 2020 draft, Spencer Torkelson joins former Sun Devils Rick Monday, Floyd Bannister and Bob Horner as top picks.

Torkelson also joins another rare company of first baseman selected in the top spot. Ron Blomberg (1967) and Adrián González (2000) were the only two before Torkelson. Although, Torkelson has played outfield during his time at Arizona State and in the Cape Cod Baseball League. Either way, each season Torkelson became a better defender at first base.

In a year of uncertainty, Torkelson was seen as the safest and most certain prospect after his two and half seasons at Arizona State. Despite not being drafted out of high school, Torkelson shocked the college baseball world his freshman year hitting 25 home runs and breaking Barry Bonds’ school record for most by a freshman.

Torkelson would’ve also broken Horner’s school record for overall most home runs had the season not been shortened as he fell three short. The first baseman constantly showed off his power, but he hits for average as well. He doesn’t strike out a lot and walks a ton to showcase his plate discipline as well.

There usually isn’t a lot of hype around a right-handed first baseman. Torkelson’s production and possibly the rise of guys like former Florida star and current New York Mets slugger Pete Alonso have helped change the mindset.

It’s unfortunate that Torkelson couldn’t finish his Sun Devil career the way he wanted to but his future with the Tigers looks to be bright.