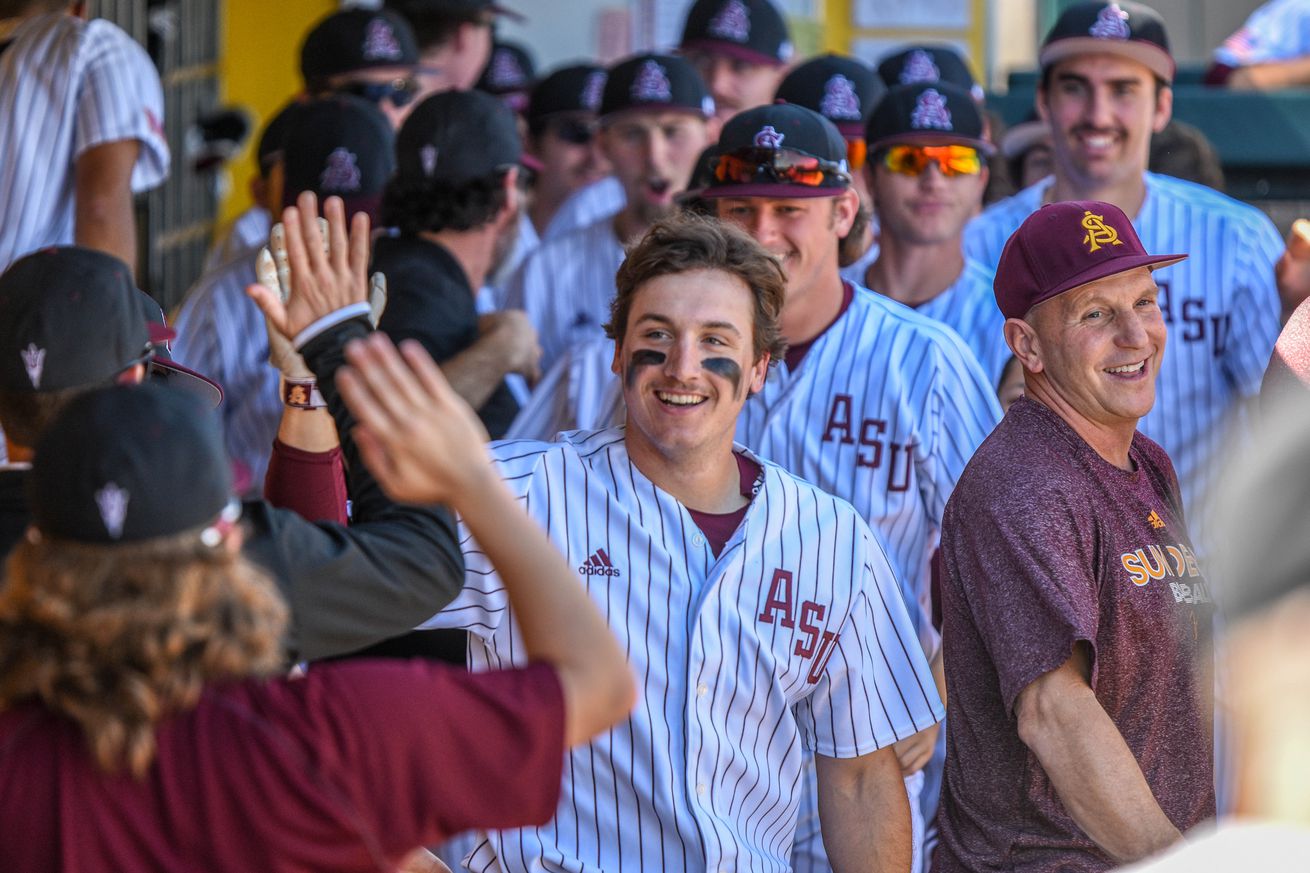 Local kid going to the bigs

Another Sun Devil is off the board in the 2020 MLB Draft. Outfielder Trevor Hauver used his sophomore breakout campaign and success in a short junior year to make himself the third round pick of the New York Yankees and 99th overall.

Hauver, from Perry High School, played sparingly his freshman season and had his share of struggles at the plate. The left-handed bat saw a ton of success the following year. Hauver hitting leadoff in front of Spencer Torkelson meant he’d get pitches to hit and most of the time he did just that. A season stat line of .339 BA, 13 HR, 50 RBI and 39 walks earned him honorable mention for All-Conference in 2019. Before the season ended in 2020, Hauver was leading the team in RBIs.

This is the second time the local standout has been drafted after the Kansas City Royals took him in the 37th round of the 2017 MLB Draft. Hauver was announced as a second baseman, coming out of high school Hauver was an infielder and is more natural there.