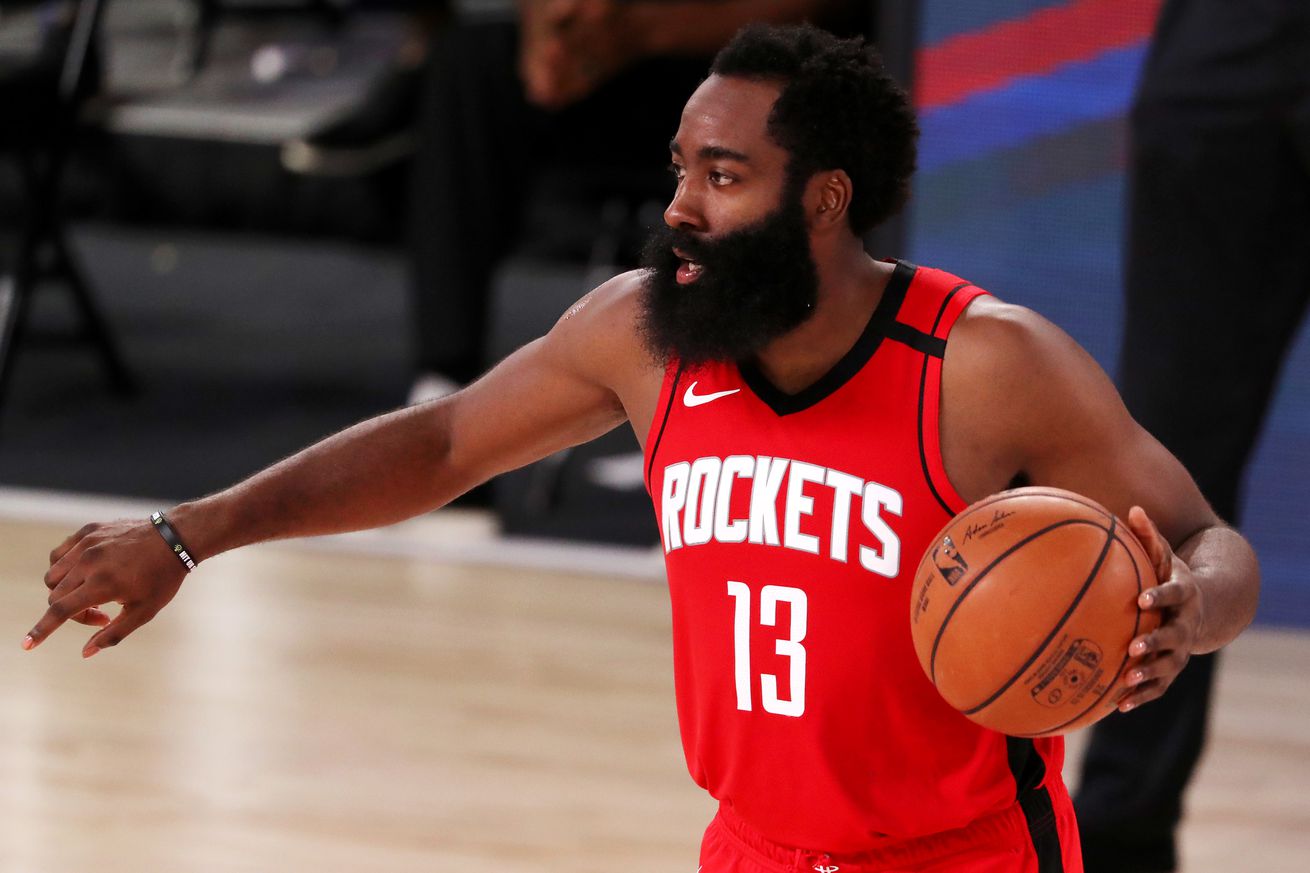 Former Arizona State guard James Harden is now the Houston Rockets second all-time leading scorer in franchise history, surpassing Calvin Murphy with a three-pointer in the first half of last night’s game against the Dallas Mavericks.

Harden trails only the legendary Hakeem Olajuwon on the all-time list, as the former Devil has 17,977 points and counting.

In last night’s matchup against the Mavs in the Orlando NBA bubble, Harden went off, going for 49 points, eight assists, and nine rebounds on 14-20 shooting from the field. Harden also dropped in 18 points from the charity stripe in a 153-149 overtime victory.

As a sophomore, the highest rated recruit in program history elevated his play, becoming Pac-10 Conference Player of the Year and a unanimous All-American.

He averaged over 20 points per game and led the program to the NCAA Tournament, eventually falling to Syracuse in the second round.

He then declared for the NBA Draft, and after a standout beginning to his career as a sixth man with the Oklahoma City Thunder, the NBA All-Rookie Team selection was traded to the Rockets in October 2012.

The rest is history, as Harden has now become an NBA MVP (2018) and continues to shatter scoring records. He’ll look to do more damage in this year’s NBA postseason. The Rockets are slated to take on the Milwaukee Bucks tomorrow night at 5:30 p.m. local time.

While Harden has garnered stardom, he’s not the only Sun Devil making an impact in the NBA bubble at the moment.

Former guard Luguentz Dort, who recently signed a multi-year deal with the OKC Thunder, started the team’s opening game. He put up five points, three rebounds, one assist, and two steals in a Thunder 110-94 win over the Utah Jazz.

As he did many times in maroon and gold, Dort was also a defensive catalyst, helping to guard Jazz star Donovan Mitchell and hold him to 13 points on 5-15 shooting.

Aside from Dort, former ASU forward Zylan Cheatham is currently on the New Orleans Pelicans roster after going back-and-forth between the NBA and the G League this season.