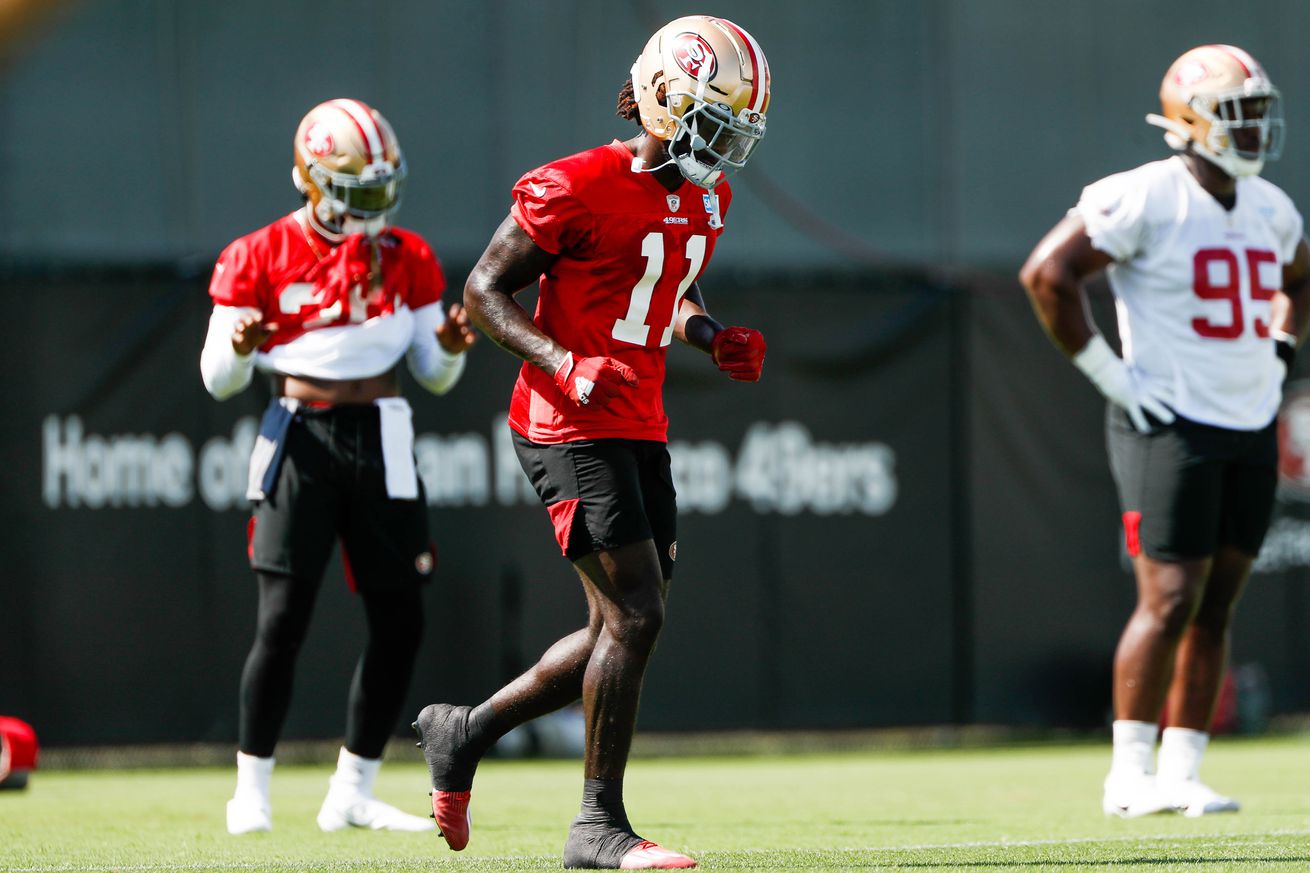 Per multiple reports, Aiyuk left Sunday’s practice early after he pulled up while running a deep route and grabbed the back of his left leg. The severity of the injury still remains undetermined.

Bad news from #49ers practice. Rookie WR Brandon Aiyuk, who has been arguably the team’s most productive wideout during camp, pulled up while running a deep route and grabbed the back of his left leg. He did not return to practice.

The No. 25 pick in last April’s NFL Draft joins Deebo Samuel, Jalen Hurd and Richie James on the 49ers injury report. Samuel is expected to miss a few games at the start of the regular season with a Jones fracture in his left foot.

Hurd was placed on Injured Reserve after he suffered a torn ACL and will miss his second consecutive season. James is likely to miss Week 1 with a broken wrist.

Before the injury, Aiyuk was turning heads at training camp and drew heavy praise from General Manager John Lynch.

“Brandon Aiyuk has been spectacular,” Lynch told Tim Kawakami of The Athletic on Thursday. “The nuance to his game, the route-running ability, the skillset that we saw on film, sometimes it translates right away. Sometimes it takes some time. Brandon has been really good early, and that gives him a chance.”

“Today was the first full-speed practice and I thought he did a pretty good job today,” Shanahan told reporters on Saturday. “We’ll see when we go watch the film, but I’ve been real impressed with him, just being around him. He was very impressive on the Zoom meetings. Just his attention to detail. But since we’ve gotten here, just going through these walkthroughs and stuff, you can tell he knows how to practice like a pro. You can tell he comes prepared every day. He’s not a guy you’ve had to teach how to act or teach how important it is to learn this stuff.”

The 6-0, 200-pound rookie was primed to open the season as the No. 1 receiving option for the 49ers. He will have 21 days to heal for the team’s Week 1 matchup against the Arizona Cardinals.

Aiyuk recorded 65 catches, 1,192 yards, and eight touchdowns during his final year at ASU.