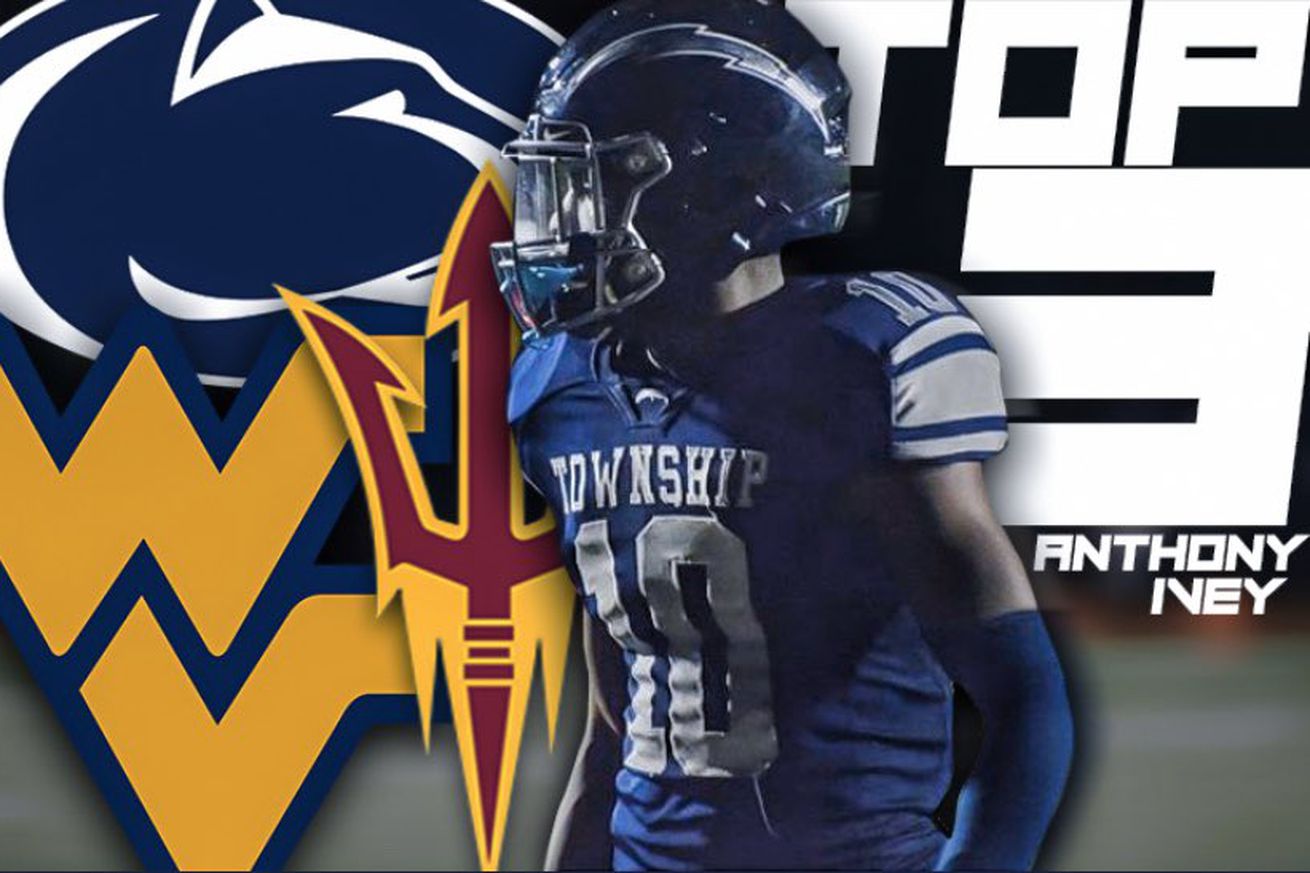 The pursuit of four-star talent at wide receiver continues for Arizona State, as the Sun Devils were listed in the top three for 2022 wideout Anthony Ivey.

Ivey is 5-foot-11, 170 pounds out of Manheim Township High School in Lancaster, PA. The other choices in his top three include Penn State and West Virginia.

Ivey also had offers from schools such as Cincinnati, Maryland, Michigan State, Nebraska, Rutgers, Syracuse, Virginia Tech, and Kent State. He is ranked as a top-20 national receiver according to 247Sports.

His recruitment has been led by wide receivers coach Prentice Gill and offensive assistant Adam Breneman. As a sophomore last season, Ivey hauled in 22 receptions for 582 yards, including 26.5 yards per catch. He had four touchdown grabs and 815 all-purpose yards.

In his first season as a freshman, he had 18 catches for 261 yards and one touchdown playing as a freshman on varsity.

The sophomore standout’s biggest 2019 outburst was when he had eight receptions and two touchdowns in a 30-14 victory over Wilson High School. One of the touchdowns went for 76 yards while the other house call was 83 yards. Ivey is a threat as a kick returner as well, averaging 69.7 yards per return.

Here is a look at Ivey’s highlights: