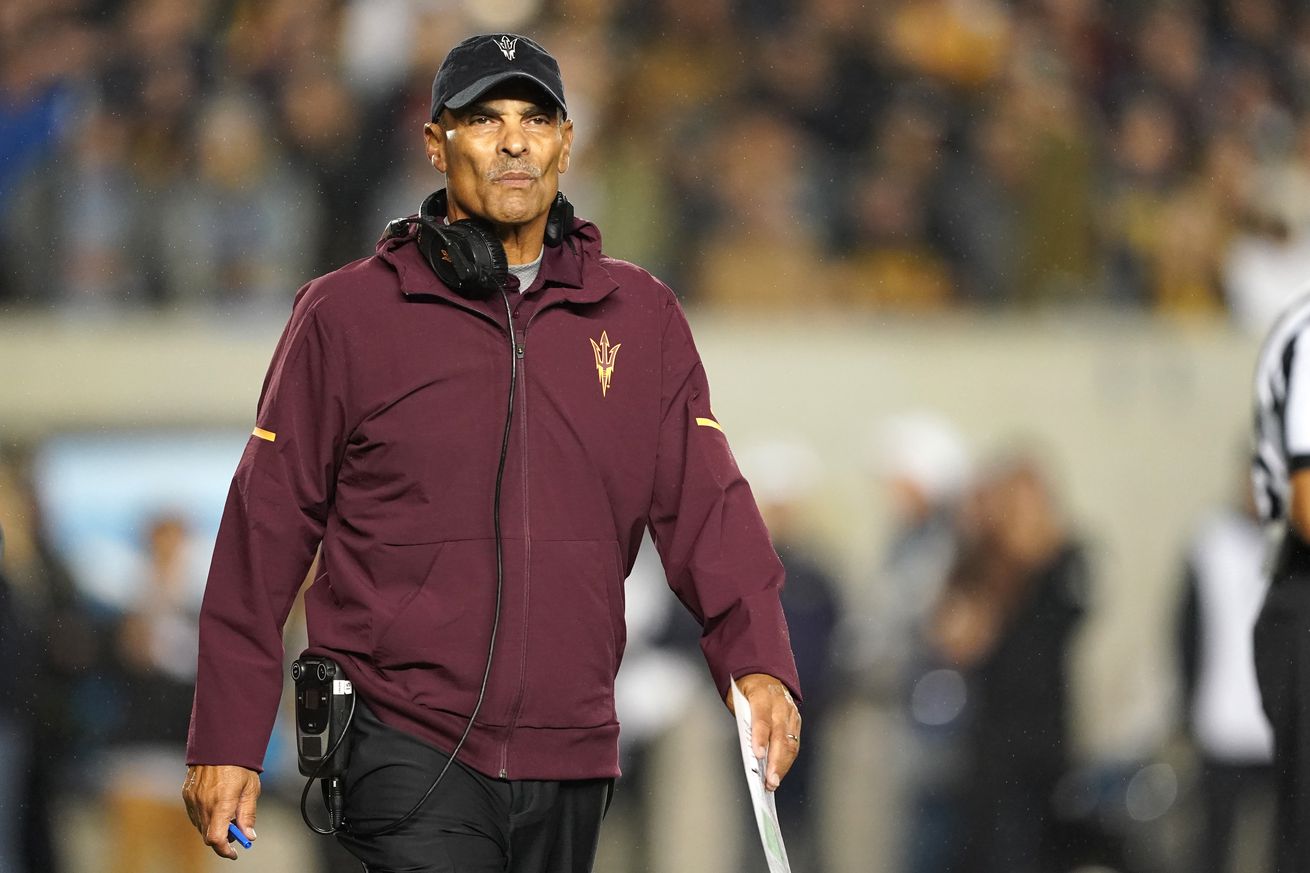 As protests and outcries against police brutality continue throughout the country after the unjust death of George Floyd, ASU coach Herm Edwards weighed in on the heavy subject matter on Tuesday morning on the Golic and Wingo show on ESPN2.

The son of an African American World War II veteran, Edwards attended Cal in the early 1970’s during the heart of the Civil Rights Movement and Vietnam War protests in Berkeley.

Although Edwards is known for his football mind, his motivational messages often carry heavy weight, and his speeches have become a characteristic of his coaching career. He even graduated with a criminal justice degree from San Diego State in 1975.

Thus, regarding the recent events that have transpired in the United States, Edwards relayed another heartfelt message during this time of unrest.

In addition to his appearance on ESPN2, he posted a 55-second video clip on Twitter with the caption, “When America huddles up, we are a powerful team.”

When America huddles up, we are a powerful team.
✊ ✊✊✊ ✊ ✊ pic.twitter.com/JlhLL7CBgh

As for what the Sun Devil head coach had to say on the Golic and Wingo show, he expressed how the U.S. needs to better itself moving forward.

“Because of the emotion that we have right now as a country, people are starting to have this conversation, and you got to have this conversation to be quite honest, at the supper table with your kids,” Edwards said. “Tell them that this is not right. America is better than this. This is unbelievable to watch. We got the national guard and this is crazy. This is like saying third world country. This is America. We are way better than this.”

“America is better than this. Guys this is unbelievable to watch. I mean we’ve got the National Guard… This is crazy, this is like saying third world country. This is America. We’re way better than this.”

Edwards also addressed the subject of law enforcement officers and some of the consequences that can occur because of their actions, while adding a reminder not to place all police officers under the same roof.

“You are hoping that the people that are in a position of power that can make change, make change…It’s a shame because police officers now are getting labeled and they shouldn’t be labeled,” Edwards said. “It’s like anything else. There’s some guys in there that made some bad decisions and we aren’t saying the police are bad because they are not. But that’s the problem. We catch a glimpse of it and we want to paint the full brush of everyone. That’s really not what it is. It’s people like that, you can’t allow them to be a part of your team…When they make a mistake, it’s not a penalty. Somebody could die.”