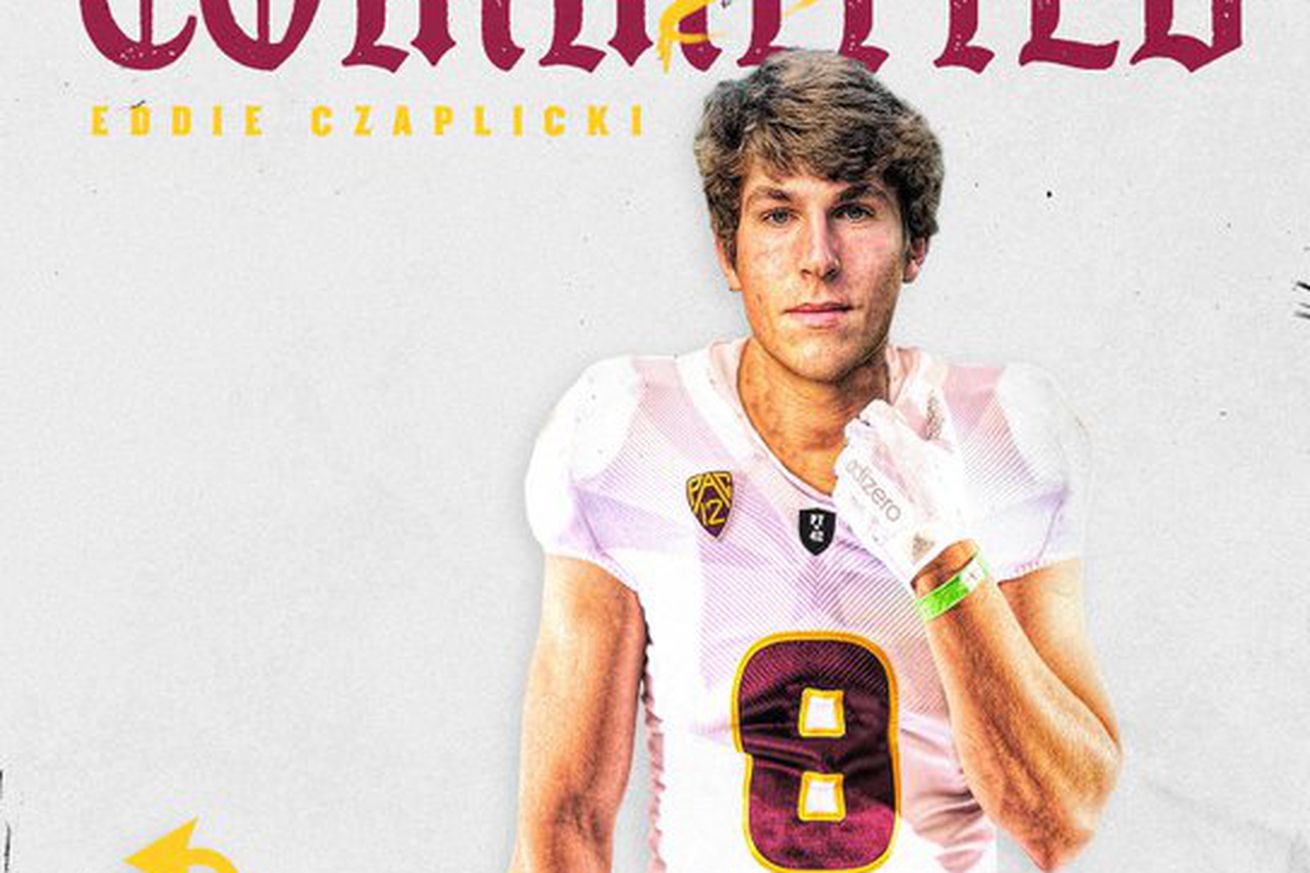 In what has already been a big week for Arizona State’s 2021 recruiting class, the Sun Devils got another commitment. This time it was from punter/kicker Edward Czaplicki, as he made his announcement yesterday.

Czaplicki is 6-foot-1, 185 pounds out of Providence High School in Charlotte, NC. He is a right-footed punter, and he is unranked on both 247Sports and Rivals. However, on Kohl’s Kicking, Czaplicki is rated a five-star punter and a four-star kicker.

Czaplicki also had interest from other schools such as Air Force, Army, Elon, North Carolina State, Yale, and San Diego State. Ultimately, ASU’s pro model and reputation for stellar special teams punters and kickers won out over the other destinations.

Turk has two years of eligibility remaining, though it’s likely he could test the NFL once more after this season. After declaring for the NFL draft this offseason and going undrafted, Turk was able to return to the program due to a waiver that was a first of its kind.

With all of the special teams talent in Tempe for the immediate future, it looks like Czaplicki could slot in as a punter and kickoff specialist at the beginning of his career, then possibly earn an opportunity as ASU’s field goal kicker down the road.

But for now, the product out of North Carolina is adding to ASU’s talent in the special teams’ department for more years to come.

Here is a look at Czaplicki’s punts, kicks, and highlights: