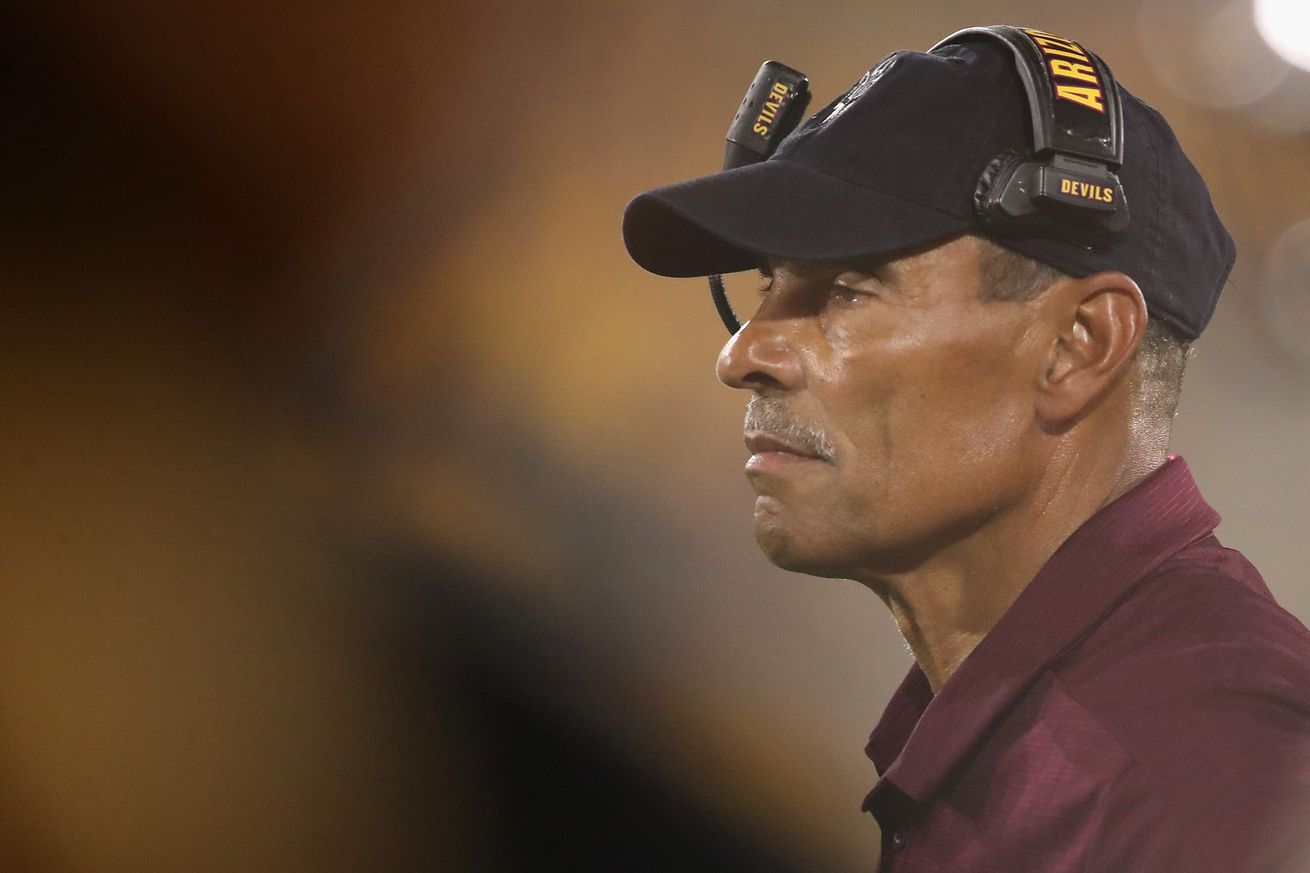 One critique of the current Arizona State staff’s recruiting tactics is a lack of local players. That might change after the news on Monday night. Hamilton High School quarterback Nicco Marchiol put out his top eight schools. Arizona State was listed with USC, LSU, Florida State, TCU, Michigan, Ole Miss and Florida.

Jeremiah 29:11 blessed and humbled for all the schools that have recruited me up until this point. These will be the top 8 schools I will be focusing on. RECRUITMENT STILL 100% OPEN pic.twitter.com/gUgy7o6T96

Marchiol is listed as a four-star by 247Sports and Rivals. 247Sports currently ranks him as its 184th recruit in the 2022 class, six as the position and second in Arizona. Both services currently list former Sun Devil offensive coordinator Mike Norvell’s Florida State program as the favorites for Marchiol.

It’s never too early to think about a plan after Jayden Daniels. Could landing Marchiol be the type of recruit that changes fans mind about how the staff recruits Arizona, would it help bring more attention to the local school?