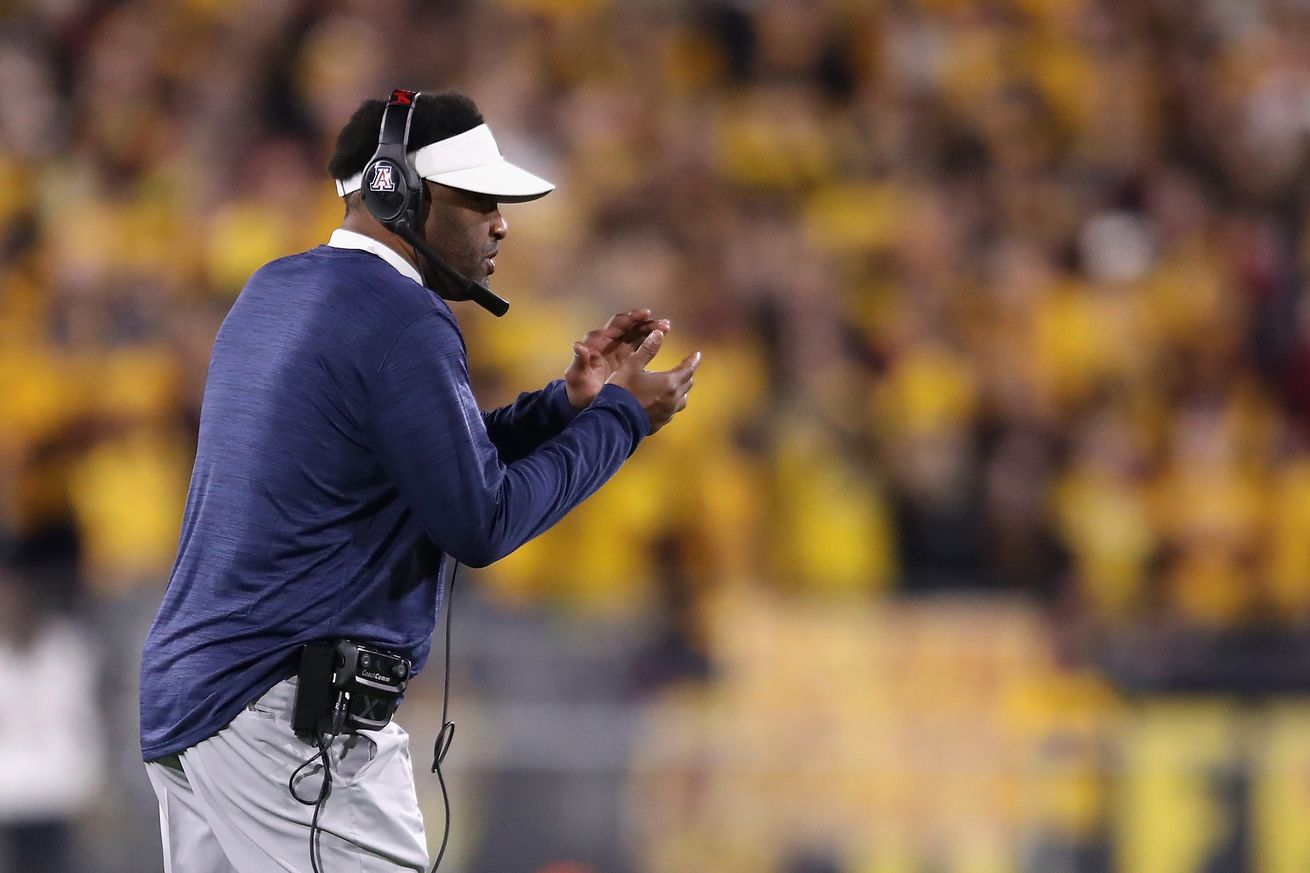 Can ASU win its fourth straight game against Arizona?

Khalil Tate rounded out his rollercoaster college career with a dud. Tate led the Wildcats to a lackluster four-win campaign, with only two of those wins coming within the PAC-12. The Wildcats ended the season on a seven game losing streak, with the final loss coming at the hands of the Sun Devils in Tempe. Despite a last place finish in the PAC-12 South, and the losses of Tate and starting running back JJ Taylor, Kevin Sumlin returned to Tucson for his third season with the Wildcats.

Despite the loss of Tate, Grant Gunnell showed flashes in limited time last year. Gunnell completed 101 of 155 pass attempts, for 1,239 yards, nine touchdowns and only one interception. Gunnell appeared in eight games, making three starts last season. Gunnell showed promise late last season, and if he can take another step in his progression as the Wildcats full time starter, he gives Arizona a chance offensively.

With the departure of JJ Taylor, senior running back Gary Brightwell looks to fill the void left by his former backfield mate. Brightwell played well in limited time last season, averaging 5.9 yards per carry, rushing for 390 yards and five touchdowns.

Arizona relied heavily on their rushing attack last season. Khalil Tate left for the NFL, as did Taylor. Taylor opted to leave Arizona and not return for his senior year, after rushing for 721 yards and five touchdowns in 2019. While the Wildcats do have Brightwell, he has not had to be the lead back, and has had limited game experience, mostly as a situational back.

Reasons why ASU could win

The Wildcats lost their two most potent offensive weapons in Tate and Taylor to the NFL, and while ASU lost Brandon Aiyuk, they reloaded with a variety of weapons for Jayden Daniels. Frank Darby and Chad Johnson Jr, and LV Bunkley-Shelton are viable options in the passing game, and the Sun Devils replace Eno Benjamin with Daniyel Ngata in the backfield.

Why ASU could lose

While Gunnell’s sample size is small, he played well in limited time last year with limited weapons. If Gunnell takes another step, his progression in the pass game opens up for opportunities for Brightwell. While ASU boasts a solid defensive core, Jermayne Lole switched positions from end to play three technique tackle. Merlin Roberston followed up a solid freshman year with a lackluster sophomore campaign, and Tyler Johnson flirted with retiring over the offseason. If Gunnell can progress, he could take advantage of a Sun Devil defense that experienced some turmoil this past offseason.