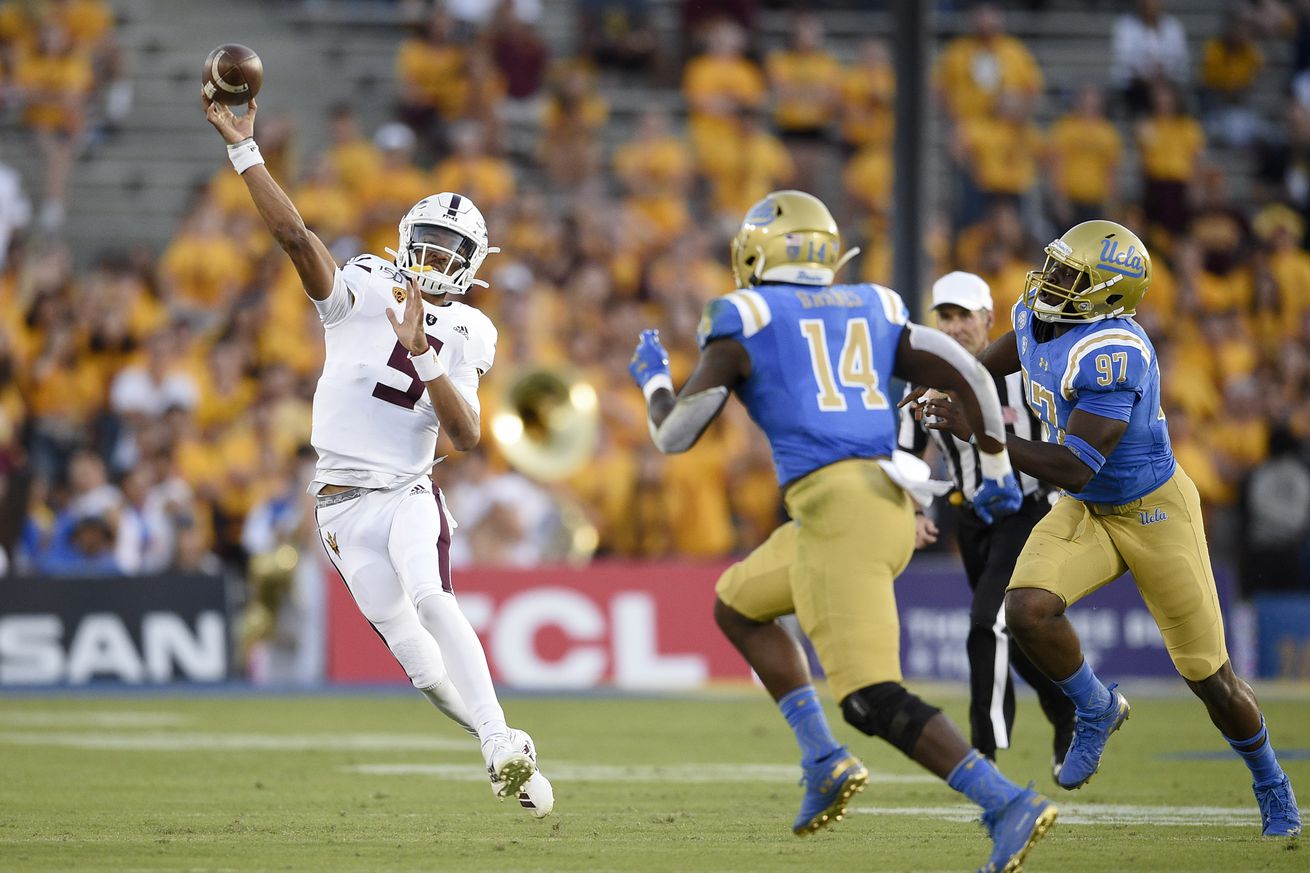 Chip Kelly is just starting to make his mark on this UCLA program. With a 4-8 record in the 2019-2020 season, Kelly’s team is looking to make a statement in the Pac-12 this year.

Junior quarterback Dorian Thompson-Robinson’s performance will be key for the Bruins’ success this season. In 2019, Thompson-Robinson had a 59.7 percent completion percentage and 21 passing touchdowns.

Knight spent the 2019-2020 season playing for Kent State, and three previous seasons for the University of Maryland. Although he is technically not a returner, he is expected to bring a big defensive presence for the Bruins.

Running back Joshua Kelley averaged 96.4 yards rushing per game for the Bruins. Selected in the fourth-round of the 2020 NFL Draft by the Los Angeles Chargers, UCLA is going to miss his offensive presence.

On the defensive side, Darnay Holmes recorded 120 tackles and eight interceptions during his time at UCLA. Holmes was selected by the New York Giants in the fourth-round of the 2020 draft.

Reason Why ASU Could Win

For the Sun Devils to come out victorious against the Bruins, they will need to exploit UCLA’s defense. With UCLA’s loss of their best cornerback (Holmes), and ASU’s strong wide receiver core, the Bruins could be in big trouble.

Reason Why ASU Could Lose

Thompson-Robinson is starting to come into his own as a quarterback. ASU’s defensive line, which has struggled rushing the passer in the past, has to make sure they put pressure on him.

Despite the loss of Kelley, who rushed for 164 yards last year against the Sun Devils, UCLA still has talented running backs in Demetric Felton and Kazmeir Allen.