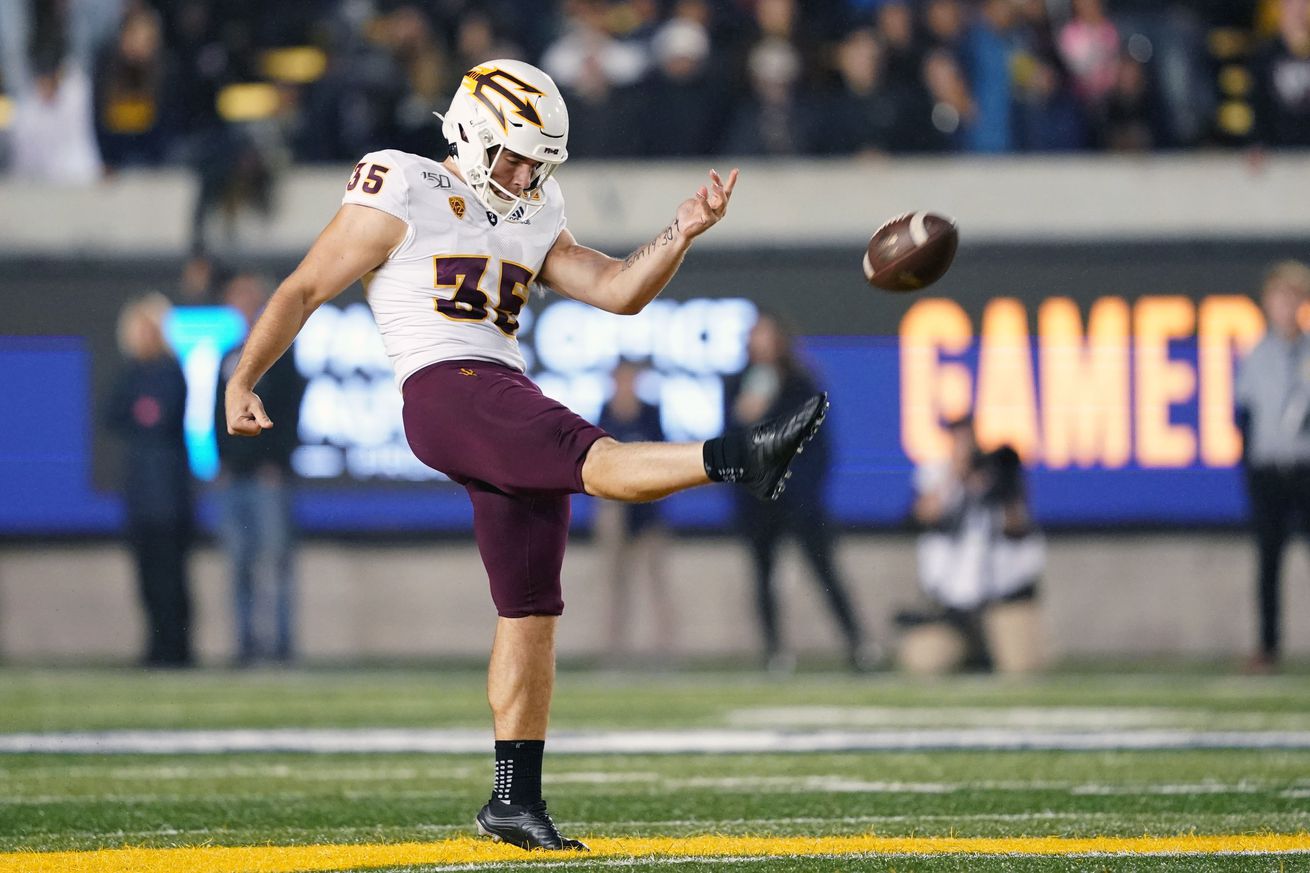 First of its kind waiver

Punter Michael Turk has received a waiver from the NCAA to return to Arizona State after declaring for the NFL just a few months ago. It is the first time ever that a waiver of that sort has been granted, and it came as a result of COVID-19.

Turk signed with an agent after declaring for the draft but he was unable to attend pro day or visit with any NFL teams due to the pandemic, thus the NCAA gave him the ability to come back. He has two years of eligibility remaining.

With the return of the ASU punter, the Sun Devil special teams unit is now loaded. Placekicker Cristian Zendejas is returning along with Turk and incoming Florida State transfer Logan Tyler, who was second all-time in Seminole history for punt yards (8,879).

Tyler handled kickoff duties at FSU, and it’s plausible that he would take over that role while Turk handles the punts. Nevertheless, the Sun Devils have depth at the punter position, a luxury many teams don’t often receive in college football.

Last year, Turk was a semifinalist for the Ray Guy Award, which goes out to college football’s most outstanding punter. Turk averaged 46 yards per punt, which led the Pac-12 and was 11th in the FBS.

He also pinned 32 punts within the 20-yard line, which was second in the country, and he had 21 punts that were over 50 yards. Surely, the right-footed leg is a pleasant return for Herm Edwards and Special Teams Coordinator Shawn Slocum.